One day, an 80-year-old man comes home and finds his 80-year-old wife doing a handstand, naked, against a wall.
Shocked, he asks, "What are you doing?"
She responds, "I know you can't get it up, but maybe you can drop in."

Putting Out a Fire...by Fire

During an ecumenical assembly, a secretary rushed in shouting, “The building is on fire!”The Methodists prayed in a corner.The Baptists wondered where they could find water.The Quakers quietly praised God for the blessings that fire brings.The Lutherans posted a notice on the door announcing the fire was evil.The Roman Catholics passed the plate to cover the cost of the damage.The Jews posted symbols on the door in hopes the fire would pass.The Congregationalists shouted, “Every man for himself!”The Fundamentalists proclaimed, “It’s the vengeance of God!”The Episcopalians formed a procession and protested.The Christian Scientists denied that there was a fire. The Presbyterians appointed a chairperson to form a committee to look into the matter and submit a written report.The secretary grabbed the fire extinguisher and put the fire out.
#joke
Joke | Source: Belief net - Joke of the day, features on religion, spirituality, faith

While suturing up a cut on the hand of a 75 year old farmer, whose hand had been caught in the gate while working his cattle, the doctor struck up a conversation with the old man. Eventually the topic got around to Hone Hawariwa and how he got to be an MP.
The  old farmer said, "Well, ya know, Hone is just a Post Tortoise."
Now not being familiar with the term, the doctor asked,
What's a "Post Tortoise?"
The old farmer said, "When you're driving down a  country road and you come across a fence post with a Tortoise balanced on top, that's a post Tortoise." The old farmer saw the puzzled look on the doctor's face so he continued to explain. "You know he didn't get up there by himself, he doesn't belong up there, he doesn't know what to do while he's up there, he sure as hell isn't goin' anywhere, and you just wonder what prick put him there in the first place."

Boss: Congratulations! I'm promoting you to manage our Montreal office!

Young man (disappointed): But sir! There's nothing up there but bar girls and hockey players.

Boss (now insulted): I'll have you know that MY MOTHER is from Montreal!

Young man (thinking fast): No kidding? What hockey team did she play on?

Give her a diamond after a fig

Give her a diamond after a fight. It's the best piece of a ring.
#joke #short
Joke | Old joke from joke of the day archives - Check out other old jokes Thursday, 19 October 2017

The skydiving instructor was going through the question and answer period with his new students when one of them asked the usual question always asked: "If our chute doesn't open; and the reserve doesn't open, how long would we have till we hit the ground?"

The jump master looked at him and in perfect deadpan answered: "The rest of your life." 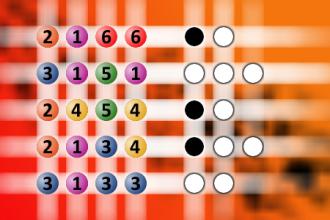 An old man, a boy, and a donke

An old man, a boy, and a donkey were on their way to town. The boy was riding the donkey.
As they went along, they passed a goup of people who remarked it was a shame the old man had to walk while the young boy was riding. The man and boy thought about the criticism and decided maybe the people were right, so they switched places.
Later they passed another group of people who remarked that it was a shame that the old man made the little boy walk. The two travelers decided that they would BOTH walk.
Soon they passed a third group of people who said they were stupid to walk , when they had such a fine donkey to ride. So, the two decided they would both ride the donkey.
The next group of people they passed said that it was AWFUL that the two put such a heavy load on the poor donkey. The old man & boy thought that maybe the people were right, so they decided to carry the donkey.
Soon they came to a river, with a narrow bridge spanning it. As they attempted to cross the bridge, they lost their grip on the animal & it fell into the river and drowned.
The moral of the story ?
If you try to please everyone, you may as well............
kiss your ass goodbye.

Death In The Family

One day, a blonde's neighbor goes over to her house, sees the blonde crying, and asks her what happened.

The blonde said that her mother had passed away.

The neighbor made her some coffee and calmed her down a little and then left.

The next day the neighbor went back over to the house and found the blonde crying again.

She asked her why she was crying this time.

The blonde said, "I just got off of the phone with my sister. Her mother died too!"

A contractor dies in a car accident on his 40th birthday and finds himself at the Pearly Gates. A brass band is playing, the angels are singing a beautiful hymn, there is a huge crowd cheering and shouting his name, and absolutely everyone wants to shake his hand.
Just when he thinks things can't possibly get any better, Saint Peter himself runs over, apologizes for not greeting him personally at the Pearly Gates, shakes his hand, and says, "Congratulations son, we've been waiting a long time for you."
Totally confused and a little embarrassed, the contractor sheepishly looks at Saint Peter and says "Saint Peter, I tried to lead a God-fearing life, I loved my family, I tried to obey the 10 Commandments, but congratulations for what? I honestly don't remember doing anything really special when I was alive.""Congratulations for what?" says Saint Peter, totally amazed at the man's modesty. "We're celebrating the fact that you lived to be 160 years old! God himself wants to see you!" The contractor is awestruck and can only look at Saint Peter with his mouth wide open. When he regains his power of speech, he looks up at Saint Peter and says "Saint Peter, I lived my life in the eternal hope that when I died I would be judged by God and be found to be worthy, but I only lived to be forty."
"That's simply impossible son," says Saint Peter. "We've added up your time sheets."

What do you call a dog that hears voices?
A Shih-Tzu-Phrenic!