What Goes Around, Comes Around

An older couple went to dinner at a trendy restaurant that had no printed menus--just a scannable QR code to see the menu on your phone.
After much grumbling about new-fangled things, they ordered a light dinner and afterward the waiter delivered the check.
When the waiter came back for payment, the husband displayed his phone to the waiter showing an image of a $100 bill.
"Here. You can keep the change."

Three police officers were standing in line at the Pearly Gates.Saint Peter asked the first officer, “What did you do with your life?”“I was a police officer,” he responded.“What kind of police officer?” Saint Peter asked.“I was a vice officer. I kept drugs off the streets and out of the hands of kids.”“Welcome to heaven. You may end the gates.”He asked the second man what he did as a police officer.“I was a traffic officer,” said the man. “I kept the roads and highways safe.”“Welcome to heaven. You may enter the gates.”He asked the third man what he did as a police officer.“I was a military policeman, sir,” replied the man.“Wonderful! I’ve been waiting for you all day!” replied Saint Peter. “I need to take a break! Watch the gate, will you?”
#joke #policeman
Joke | Source: Belief net - Joke of the day, features on religion, spirituality, faith

Two boys were arguing when the

Two boys were arguing when the teacher entered the room.
The teacher says, "Why are you arguing?"
One boy answers, "We found a £10 note and decided to give it to the person who tells the biggest lie."
"You should be ashamed of yourselves," said the teacher, "When I was your age, I didn't even know what a lie was."
The boys looked at each other then gave the £10 note to the teacher.

How was I born?

A boy was assigned a paper on childbirth and asked his parents, "How was I born?"

"Well honey..." said the slightly prudish parent, "the stork brought you to us."

"Oh, the stork brought us too."

"Well how were grandpa and grandma born?" he persisted.

"Well darling, the stork brought them too!" said the parent, by now starting to squirm a little in the Lazy Boy recliner.

Several days later, the boy handed in his paper to the teacher who read with confusion the opening sentence: "This report has been very difficult to write because there hasn't been a natural childbirth in my family for three generations."

A woman went to the doctor's

A woman went to the doctor's office, where she was seen by a young, new doctor.
After about 4 minutes in the examination room, the doctor told her she was pregnant.
She burst out, screaming as she ran down the hall.
An older doctor stopped her and asked what the problem was, and she told him her story.
After listening, he had her sit down and relax in another room.
The doctor marched down the hallway to the back where the first doctor was and demanded,
"What's the matter with you? Mrs. Terry is 59 years old, she has four grown children and seven grandchildren, and you told her she was pregnant?"
The new doctor continued to write on his clipboard and without looking up said:
"Does she still have the hiccups?" 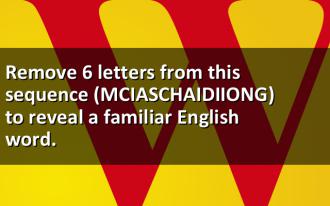 This one never gets old - The New CEO

A company, feeling it was time for a shakeup, hired a new CEO.
The new boss was determined to rid the company of all slackers.
On a tour of the facilities, the CEO noticed a guy leaning against a wall and idly picking his teeth.
The room was full of workers and he wanted to let them know that he meant business.
He asked the guy, “How much money do you make a week?”
A little surprised, the young man looked at him and said, “I make $400 a week. Why?”
The CEO said,”Wait right here.”
He walked back to his office, came back in two minutes, and handed the guy $1,600 in cash and said, “Here’s four weeks’ pay.
Now GET OUT and don’t come back.”
Feeling pretty good about himself the CEO looked around the room and asked,
“Does anyone want to tell me what that goof-ball did here?”
From across the room a voice said,
“Sure – he was the Pizza delivery guy from Domino’s and was just waiting to collect the money!”