A pistachio pun is nu

One day a father and his ten-y

One day a father and his ten-year-old son were on the bus, when the boy noticed a redhead with huge breasts..."Hey Pop," the son cried, "look at those boobs!"
The father, a religious man proceeded to send the boy to an all male military academy, in the hope that he would get some manners.
Six months later the boy came home and the father decided to take him on another bus ride.
Again, a woman with very large breasts sat across from them. To see if his son had learned any manners, the father exclaimed, "Look at the boobs on that redhead!"
"Boobs my eye," the boy replied with a smile, "get a load of the a** on that bus driver!!"

A woman has the last word in any argument.
Anything a man says after that is the beginning of a new argument.

Grandma Jones from the valley had never experienced a sick day in her life, so she didn't take it kindly when a bad case of the mulligrubs sent her to the hospital for observation.

By the time a pair of husky interns got Grandma tucked into bed, she had managed to complain about everything: the temperature, the lights, the skimpy gown, the food and the mattress - especially, the mattress.

Suddenly, Grandma spotted a small plastic item with a button, attached to a cord.

"What's that?" she demanded with great suspicion, suspecting it might be one of those high tech items the city folks talked about.

"If you need anything in the middle of the night, Grandma," said one of the interns, "just press that button."

"No, it turns on a light in the hall for the nurse on duty," the intern replied.

"A light in the hall?" responded Grandma. "Look, I'm the sick one around here. If the night nurse needs a light on in the hall, she can get up and switch it on herself."

A blind man was describing his

A blind man was describing his favorite sport, parachuting.When asked how this was accomplished, he said that things were alldone for him:
"I am placed in the door and told when to jump"
"My hand is placed on my release ring for me, and out I go"
"But how do you know when you are going to land?" he was asked.
"I have a very keen sense of smell and I can smell the trees and grasswhen I am 300 feet from the ground" he answered.
"But how do you know when to lift your legs for the final arrival onthe ground?" he was again asked.
He quickly answered "Oh, the dog's leash goes slack". 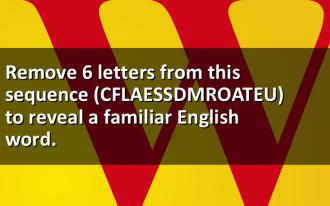 How To Tell If Your Dog Is Involved In A Sex Scandal
#joke
Joke | Old joke from joke of the day archives - Check out other old jokes Tuesday, 08 August 2017

How God Created the Computer

In the beginning, God created the bit. And the bit was a zero; nothing.

On the first day, He toggled the 0 to 1, and the Universe was. (In those days, bootstrap loaders were simple, and "active low" signals didn't yet exist.)

On the second day, God's boss wanted a demo, and tried to read the bit. This being volatile memory, the bit reverted to a 0. And the universe wasn't. God learned the importance of backups and memory refresh, and spent the rest of the day ( and his first all-nighter ) reconstructing the universe.

On the third day, the bit cried "Oh, Lord! If you exist, give me a sign!" And God created rev 2.0 of the bit, even better than the original prototype. Those in Universe Marketing immediately realized the the "new and improved" wouldn't do justice to such a grand and glorious creation. And so it was dubbed the Most Significant Bit, or the Sign bit. Many bits followed, but only one was so honored.

On the fourth day, God created a simple ALU with 'add' and 'logical shift' instructions. And the original bit discovered that by performing a single shift instruction, it could become the Most Significant Bit. And God realized the importance of computer security.

On the fifth day, God created the first mid-life kicker, rev 2.0 of the ALU, with wonderful features, and said "Screw that add and shift stuff. Go forth and multiply." And God saw that it was good.

On the sixth day, God got a bit overconfident, and invented pipelines, register hazards, optimizing compilers, crosstalk, restartable instructions, microinterrupts, race conditions, and propagation delays. Historians have used this to convincingly argue that the sixth day must have been a Monday.

On the seventh day, an engineering change introduced UNIX into the Universe, and it hasn't worked right since.