Gandhi was a pacifist, but dur

Gandhi was a pacifist, but during a bread shortage he got so hungry he advocated naan-violence.
#joke #short
Joke | Source: Pun Gents - Daily Jokes, One-liners, Groaners, Puns of the day :: Puns on Demand :: Punshine Girls and Boys!

A boss was complaining in a staff meeting the other day that he wasn't getting any respect. Later that morning he went to a local sign shop and bought a small sign that read, "I'm the Boss". He then taped it to his office door. Later that day when he returned from lunch, he found that someone had taped a note to the sign that said. "Your wife called, she wants her sign back!"

A not so bright young lady in the pet shop ask about buying a gold fish.
The salesperson ask if she needed an aquarium.
Her reply was, "I don't care what sign it is."

10. You absolutely love the movie, "The Ten Commandments." 9. You look really, really good in yellow. 8. You just went on a low cholesterol diet and didn't want to waste all those eggs in the fridge. 7. You figure any Holiday that starts with a "Good Friday" can't be all bad. 6. You love to bite the heads off chocolate bunnies. 5. It's a good time to check out your neighborhood church and not be noticed. 4. You have this bunny suit you love to wear, but are too insecure to wear it without a reason. 3. Even though you don't know what it is, you really like the sound of going to a "Passion Play." 2. You figured since Jesus went to all THAT trouble to make it to the first Easter, you'd give it a shot. 1. As a Christian you celebrate the resurrection every other day, why not Easter too?
#joke #friday
Joke | Old joke from joke of the day archives - Check out other old jokes Wednesday, 30 June 2021

A police officer stops a blond

A police officer stops a blonde for speeding and asks her very nicely if he could see her license.
She replied in a huff, "I wish you guys could get your act together. Just yesterday you take away my license and then today you expect me to show it to you."

A couple from the kids...

A three-year-old boy went with his dad to see a litter of kittens. On returning home, he breathlessly informed his mother, 'There were 2 boy kittens and 2 girl kittens.' 'How did you know?' his mother asked. 'Daddy picked them up and looked underneath,' he replied. 'I think it's printed on the bottom.'

A mother and her young son returned from the grocery store and began putting away the groceries. The boy opened the box of animal crackers and spread them all over the table. 'What are you doing?' his mother asked. 'The box says not to eat them if the seal is broken' the boy explained. 'I'm looking for the seal.' 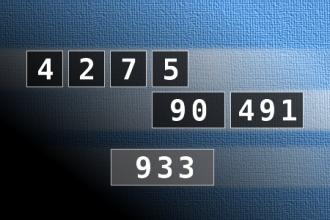 A girl was given a tea set for her second birthday. It became one of her favorite toys, and when her mother went away for a few weeks to care for her sick aunt, the toddler loved to take her father a little cup of tea, which was just water really, while he was engrossed watching the news on TV. He sipped each "cup of tea" he was brought and lavished generous praise on the taste, leaving the little girl immensely proud.

Eventually the mother returned home and the father couldn't wait to show her how his little princess had been looking after him. On cue, the girl took him his "cup of tea" and he sipped it before praising it to the heavens.

The mother watched him drink it and said: "Did it ever occur to you that the only place she can reach to get water is the toilet?"