A woman was in bed with her lover when she heard her husband opening the front door.
"Hurry!" she said. "Stand in the corner." She quickly rubbed baby oil all over him and then she dusted him with talcum powder. "Don't move until I tell you to," she whispered. "Just pretend you're a statue."
"What's this honey?" the husband inquired as he entered the room.
"Oh, its just a statue," she replied nonchalantly. "The Smiths bought one for their bedroom. I liked it so much, I got one for us too." 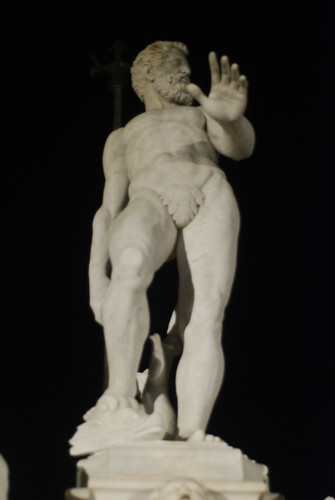 No more was said about the statue, not even later that night when they went to sleep. Around two in the morning the husband got out of bed, went to the kitchen and returned a while later with a sandwich and a glass of milk. "Here," he said to the 'statue', "eat something. I stood like an idiot at the Smith's for three days and nobody offered me so much as a glass of water".

A New York family bought a ranch out west where they intended to raise cattle. Friends came to visit and asked if the ranch had a name.
"Well," said the would-be-cattleman, "I wanted to call it the Bar-J, my wife favored the Suzy-Q, one son liked the Flying-W, and the other son wanted the Lazy-Y. So, we're calling it the Bar-J-Suzy-Q-Flying-W-Lazy-Y."
"But, where are all your cattle?"
"None have survived the branding."

Life hack...
You can turn your ordinary sofa into a sofa bed simply by forgetting your wife’s birthday.

A preacher visits an elderly woman from his congregation. As he sits on the couch, he notices a large bowl of peanuts on the coffee table. "Mind if I have a few?" he asks. "No, not at all!" the woman replied. They chat for an hour and, as the preacher stands to leave, he realizes that instead of eating just a few peanuts, he emptied most of the bowl. "I'm terribly sorry for eating all your peanuts. I really just meant to eat a few." "Oh, that's all right," the woman says. "Ever since I lost my teeth, all I can do is suck the chocolate off them."-
#joke
Joke | Old joke from joke of the day archives - Check out other old jokes Sunday, 11 July 2021

There should be no tax on stup

There should be no tax on stupidity. It’s one of our basic free dumbs.
#joke #short
Joke | Old joke from joke of the day archives - Check out other old jokes Thursday, 07 December 2017

A talk on sex

A minister gave a talk to the Lions Club on sex. When he got home, he couldn't tell his wife that he had spoken on sex, so he said he had discussed horseback riding with the members.

A few days later, she ran into some men at the shopping center and they complimented her on the speech her husband had made.

She said, "Yes, I heard. I was surprised about the subject matter, as he's only tried it twice. The first time he got so sore he could hardly walk, and the second time he fell off." 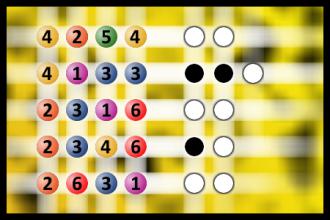 After a day fishing on Lake Mi...

After a day fishing on Lake Michigan, a fisherman is walking from the pier carrying two brown trout in a bucket. He is approached by a Conservation Officer who asks him for his fishing license.
The fisherman says to the warden, "I was not fishing and I did not catch these browns, they are my pets. Every day I come down to the water and dump these fish into the water and take them for a walk to the end of the pier and back. When I'm ready to go I whistle and they jump back into the bucket and we go home. The officer not believing him, reminds him that it is illegal to fish without a license.
The fisherman turns to the warden and says, "If you don't believe me then watch," as he throws the trout back into the water.
The warden says, "Now whistle to your fish and show me that they will jump out of the water and into the bucket."
The fisherman turns to the officer and says, "What fish?"

A guy is stranded on a desert...

A guy is stranded on a desert island all alone for ten years. One day he sees a speck on the horizon. He thinks to himself, "It's not a ship."
The speck gets a little closer and he thinks, "It's not a boat." The speck gets even closer and he thinks, "It's not a raft." Then, out of the surf comes this gorgeous blonde woman wearing a wet suit and scuba gear.
She comes up to the guy and she says, "How long has it been since you've had a cigarette?"
"Ten years!" he says.
She reaches over, unzips this waterproof pocket on her left sleeve and pulls out a pack of fresh cigarettes.
He takes one, lights it, takes a long drag and says, "Man, oh man! Is that good!"
Then she asked, "How long has it been since you've had a drink of whiskey?"
He replies, "Ten years!"
She reaches over, unzips her waterproof pocket on the right, pulls out a flask and gives it to him.
He takes a long swig and says, "Wow! That's fantastic!"
Then she starts unzipping this long zipper that runs down the front of her wet suit and she says to him, "And how long has it been since you've had some REAL fun?"
And the man replies, "Oh my! Don't tell me you've got a computer in there!"

Ladies, next time your man pisses you off, do not give him the silent treatment. Instead, go Google the most important game of the season, sit next to him during that game and just ask as many f**king questions as possible. I dont understand, whos that guy in the striped shirt? Does he work at Foot Locker? I dont understand, why are they all wearing the same outfit? When are we going to have a baby? Eventually he will shoot himself in the face, and you f**king win that argument.
#joke
Joke | Old joke from joke of the day archives - Check out other old jokes Wednesday, 01 September 2010