The rich aunt was disappointed

The rich aunt was disappointed and said to her nephew, "I'm sorry you don't like your gift. I asked you if you preferred a large check or a small check."
"I know, Auntie," the nephew said contritely, "but I didn't know you were talking about neckties."

Little Johnny walked into the kitchen, saw his mother making a cake and announced, "I'll be playing in my room for the next two hours. I sure would like a piece of cake when you're finished."
Later, when his mother brought him a piece of cooled cake, Little Johnny exclaimed, "Golly, it worked!"
Puzzled, his mother asked, "What do you mean?" Little Johnny replied, "Daddy said that in order to get a piece around here, you have to spend a couple of hours playing first!"

A father asked his little boy if he knew how a person gets saved.“We’ll be saved by going to our church every Sunday,” the boy said without hesitation.His father explained that going to their church each week would not save them.“Well, then, we better find another church!” replied the boy.
#joke
Joke | Old joke from joke of the day archives - Check out other old jokes Tuesday, 29 June 2021 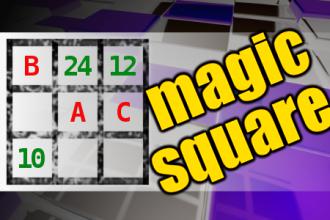 A man asked an American Indian

A man asked an American Indian what was his wife's name.
He replied, "She called Four Horse".
The man said, "That's an unusual name for your wife.What does it mean?"
The Old Indian answered, "It old Indian Name. It mean,
NAG, NAG, NAG, NAG!"

Two men were hunting deer when...

Two men were hunting deer when a large bear rears up and begins to charge them.

The one man puts his running shoes on and begins to run with the other man.

The second man asks why he put them on because it wont help him out run the bear.

A married couple was watching...

A married couple was watching volleyball game at a beach when the wife spotted a couple in the bleachers. They were being very affectionate. The girl was running her hands all over the boyfriend and nibbling on his ear. He had his hands on her chest.
Looking at them, the wife said to her husband "I don't know whether to watch them or the game."
Husband said, "Better watch them! You already know how to play volleyball."

An old man who loves to fish...

An old man who loves to fish, was sitting in his boat the other day when he heard a voice say, "Pick me up."
He looked around and couldn't see any one. He thought he was dreaming when he heard the voice say again, "Pick me up."
He looked in the water and there, floating on the top, was a frog.
The man said, "Are you talking to me?"
The frog said, "Yes, I'm talking to you. Pick me up. Then, kiss me and I'll turn into the most beautiful woman you have ever seen. I'll then give you more sexual pleasure that you ever could have dreamed of."
The man looked at the frog for a short time, reached over, picked it up carefully, and placed it in his front breast pocket.
Then the frog said, "What, are you nuts? Didn't you hear what I said? I said kiss me and I will give you sexual pleasures like you have never had."
He opened his pocket, looked at the frog and said, "Nah, at my age I'd rather have a talking frog."