Two roaches were munching on g

Two roaches were munching on garbage in an alley.
"I was in that new restaurant across the street," said one. "It's so clean! The kitchen is spotless, the floors are gleaming white. It's so sanitary the whole place shines."
"Please," said the other roach, frowning. "Not while I'm eating!"

Sergeant: "Private, I think the enemy soldiers are hiding in the woods. I want you to go in there and flush them out for us."
Private: "Yes, sir! But if you see a bunch of guys running out the woods, don’t shoot the one in front, sir!"

Luft hansa, please, if you've ever been on a German airline.
#joke #short
Joke | Old joke from joke of the day archives - Check out other old jokes Sunday, 05 February 2017

A little hard of hearing!

A 92 year-old man went to the Doctor to get a physical. A few days later the Dr. saw the man walking down the street with a gorgeous young lady on his arm.

A couple of days later the Dr. talked to the man and said, "You're really doing great, aren't you?"

The man replied, "Just doing what you said Doctor, 'Get a hot mamma and be cheerful."

The Doctor said, "I didn't say that. I said you got a heart murmur. Be careful." 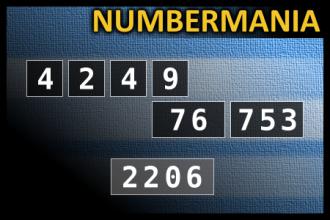 Matt's dad picked him up from...

Matt's dad picked him up from school one afternoon. Knowing the parts for the school play were supposed to be posted today, he asked his son if he got a part. Matt enthusiastically announced that he'd gotten a part. "I play a man who's been married for twenty years."
"That's great, son. Keep up the good work and before you know it they'll be giving you a speaking part."