The young preacher started his sermon by explaining the meaning of a substitute. "If you break a window," he said, "and then place a piece of plywood over the hole -- that's a substitute."

After the sermon, a well-intentioned woman wished to compliment the young man. As she enthusiastically shook his hand, she said: "You were no substitute. You were a real pane!"

The Good, the bad and the ugly

1. Good: Your wife is pregnant.
Bad: It's triplets.
Ugly: You had a vasectomy five years ago.
2. Good: Your wife's not talking to you.
Bad: She wants a divorce.
Ugly: She's a lawyer.
3. Good: Your son is finally maturing.
Bad: He's involved with the Woman next door.
Ugly: So are you.
4. Good: Your son studies a lot in his room..
Bad: You find several porn movies hidden there.
Ugly: You're in them.
5. Good: Your hubby and you agree, no more kids.
Bad: You can't find your birth control pills.
Ugly: Your 13 year old daughter borrowed them.
6. Good: Your husband understands fashion.
Bad: He's a cross-dresser.
Ugly: He looks better than you.
7. Good: You give the "birds and bees" talk to your daughter.
Bad: She keeps interrupting.
Ugly: With corrections.
8. Good: The postman's early.
Bad: He's wearing fatigues and carrying a shotgun.
Ugly: You gave him nothing for Christmas.
9. Good: Your son is dating someone new.
Bad: It's another man.
Ugly: He's your best friend.
10. Good: Your daughter got a new job
Bad: As a hooker.
Ugly: Your coworkers are her best clients
Way ugly: She makes more money than you do.

As a little girl climbed onto Santa's lap, he asked her the usual question, "And what would you like for Christmas?"
The child stared at him open mouthed and horrified for a minute, then gasped, "Didn't you get my text?"

The TV channel Gold’s eighth annual ranking, which is chosen by a panel chaired by the comedy critic Bruce Dessau, was put to 2,000 UK voters. Check out top 20 jokes.

1. Q: What is Dominic Cummings’ favourite Christmas song?
A: Driving Home for Christmas

2. Q: Did you hear that production was down at Santa's workshop?
A: Many of his workers have had to Elf isolate!

3. Q: Why didn't Mary and Joseph make it to Bethlehem?
A: All Virgin flights were cancelled

4. Q: Why are Santa's reindeer allowed to travel on Christmas Eve?
A: They have herd immunity

5. Q: Why did the pirates have to go into lockdown?
A: Because the "Arrrr!" rate had risen

7. Q: Why couldn't Mary and Joseph join their work conference call?
A: Because there was no Zoom at the inn

8. Q: Why can't Boris Johnson make his Christmas cake until the last minute?
A: He doesn't know how many tiers it should have

9. Q: What do the Trumps do for Christmas dinner?
A: They put on a super spread

11. Q: How do you play Dominic Cummings Monopoly?
A: Ignore the rules, move anywhere on the board you like, and never Go To Jail

12. Q: Why won't Santa lose any presents this year?
A: He's downloaded Sack and Trace

13. Q: How is the pandemic like my stomach after Christmas?
A: It'll take ages to flatten the curve

14. Q: How is Prince Andrew coping with the stresses of Christmas this year?
A: Fine. No sweat

15. Q: Why wasn't Rudolph allowed to take part in vaccine trials?
A: Because they only wanted guinea pigs

16. Q: Which government scheme supports Christmas dinner?
A: Eat Sprout To Help Out

17. Q: How can you get out of talking to your boss at this year's staff Christmas party?
A: Put him on mute

18. Q: How does Santa keep track of all the fireplaces he's visited?
A: He keeps a logbook

19. Q: Who dresses in red and gives to the children this Christmas?
A: Marcus Rashford

20. Q: Why did Mary and Joseph have to travel to Bethlehem?
A: Because they couldn't book a home delivery 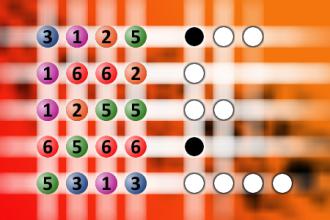 What do you call an old snowman?
A: Water

Q: What do you get if you cross Santa with a duck?
A: A Christmas Quacker!

Q: What do you call a penguin in the Sahara desert?
A: Lost

Q: Why is the government like ancient Bethlehem?
A: It takes a miracle to find three wise men there.

Q: Why has Santa been banned from sooty chimneys?
A: Carbon footprints

Q: Which of Santa's reindeer has the best moves?
A: Dancer!

Q: What do you get if you put a bell on a skunk?
A: Jingle smells

Q: Why did nobody bid for Rudolph and Blitzen on eBay?
A: They were two deer.

Q: What athlete is warmest in winter?
A: A long jumper!

Q: What happens to elves when they are naughty?
A: Santa gives them the sack!

Q: What is the best Christmas present?
A: A broken drum, you can't beat it!

Q: How does Christmas Day end?
A: With the letter Y!

Q: What do you call Father Christmas on the beach?
A: Sandy Claus!

Q: Who delivers presents to cats?
A: Santa Paws!

Q: Why can’t Christmas trees knit?
A: Because they always drop their needles!

Q:How does Darth Vader enjoy his Christmas Turkey?
A: On the dark side!

Q: What did the sea Say to Santa?
A: Nothing! It just waved!

Q: What do you call a dog who works for Santa?
A: Santa Paws!

Q: What do you get if Santa forgets to wear his undercrackers?
A: St Nickerless

Friend: "What are you going to give your mother-in-law for Christmas?"
Me: "Her son back!"

“Every Christmas I wo

“Every Christmas I would look for sooty footprints near our fireplace. I was looking for Santa clues.”


Biology Christmas
THE NIGHT BEFORE DEFENCE
(or A Visit From Citrate)
Twas the night before defence, when all through te lab
Not a gel box was shaking, with stain or with MAb;
The columns were hung in the cold room with care,
In hopes that my protein, I soon could prepare;
The post-docs were nestled all smug in their beds,
While extracts of barley muddled their heads;
With the tech in the suburbs and PI the same,
I had just settled down to another video game.
When out of the fridge there arose such a clatter
I sprang from the terminal to see what was the matter.
Away to the cold box, I flew like a flash
But the stench was o'erpowering and I threw up beef hash.
The mould on the dampest of walls were cold
Had the softness of kittens only seven weeks old;
When what to my view, a thing I despise
But a half eaten sandwich and four tiny mice;
With a little old scientist, so lively and galling,
I knew at a glance was Linus Pauling.
More vapid than undergrads, his charges they came,
And he whistled, and shouted, and called them rude names.
"Now, Watson! Now Francis! You strange little modellers!
On Luria! On Bertani! You stupid old broth'lers!
To the top of the bench, to the top of the wall!
Purify! Purify! Purify all!"
As dry heaves before the commitee meeting, bend
A young student's body and his colon distend,
So up their earlobes, acytes they grew,
With a sack full of antibodies, their skin turning blue.
And then, for a second, I heard from the 'fuge,
An unbalanced rotor spinning something too huge.
Where I put down my hand, to better hear the sound,
Came the snapping of sparks from a wire sans ground.
Pauling's hair was al wavy, and I thought I must be sick
`Cause the curls in his hair looked just like a helix.
On an arm load of oranges, he started to snack
An I recalled his fetish with citrate, the quack.
His eyes were all wrinkled, but the cheeks were yet red;
Not too shabby for a man who was several years dead;
The leer of his smile was just a tad scary
And the snow on his rooftop made his head yet quite hairy;
The end of a pipette, he held in his teeth
And a pile of kimwipes lay around his big feet.
He held a small vial of something quite gel-ly,
A mercaptan no doubt, for it make him quite smelly.
He changed `round the columns, adding to the confusion
And I laughed to spite my own paranoid delusion.
A wink of his eye and a rotation of his head,
Told me whatever I drank would soon leave me dead.
He spoke not a word, just buggered up my work,
And dried all my resins, that silly old jerk.
And separating his middle finger from first, fourth and third,
That crazy, old bugger, just flipped me the bird.
He grabbed up his cohorts and ran down the hall,
And away they all flew, letting me take the fall.
That is why, dear Commitee, I am sorry to say,
I need a five year extension, starting today.