Interviewer: "Congratulations on winning the lottery."
Farmer: "Thank you."
Interviewer: "Do you have any special plans for spending all of that money?"
Farmer: "Nope. Not really. I'm just gonna keep farming until the lottery money is all gone."

In the morning, a blonde enter

A well known womaniser with a

A well known womaniser with a long list of conquests walked into his neighborhood local and ordered a drink.
The bartender thought he looked worried and asked him if anything was wrong.
"I'm scared out of my mind," the stud replied. "Some cheesed-off husband wrote to me and said he'd kill me if I didn't stop screwing his wife."
"So stop," the barkeep said.
"I can't," the womaniser replied, taking a long swill. "The idiot didn't sign his name!" 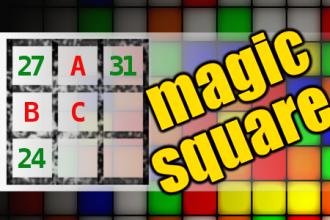 The young fellow is about to m

The young fellow is about to marry and asks his grandfather how often a married couple should have sex.
His grandfather tells him, "When you first get married, you want it all the time, maybe several times a day; later on, maybe once a week. As you get older, you have sex maybe once a month. When you get really old, you are lucky to have it once a year -- maybe on your anniversary."
The young fellow asks, "How about you and Grandma?"
His grandfather replies, "Oh, we just have oral sex now. She goes into her bedroom and I go into my bedroom. She yells, 'F**k you,' and I holler back, 'F**k you, too!'"

Two cowboys were lost in the desert when they spotted a tree draped in bacon strips.
"We're saved!" shouted one cowboy. But when he ran up to the tree, he was shot multiple times.
It wasn't a bacon tree, it was a ham bush.

A customer wanted to ask his a

A customer wanted to ask his attractive waitress for a date, but couldn't get her attention. When he was able to catch her eye, she quickly looked away. Finally he followed her into the kitchen and blurted out his invitation. To his amazement, she readily consented.
He said, "Why have you been avoiding me all this time? You wouldn't even make eye contact."
"Oh," said the waitress, "I thought you wanted more coffee."

An actress who suffered from an inferiority complex was complaining to her psychiatrist. "I'm a nothing!" she cried. "I can't sing. I can't remember my lines. I can't dance, I can't even act. I really don't belong in show business."
"Why don't you quit?" the doctor asked.
"I can't," moaned the actress. "I'm a Star!"

The IRS is out of control...
Now that I'm older, they've even taxed my memory!

A minister was pulled over for speeding. As the cop was about to write the ticket, the minister said to him, “Blessed are the merciful for they shall obtain mercy.”The cop handed the minister the ticket and said, “Go thou and sin no more.”
#joke #short
Joke | Source: Belief net - Joke of the day, features on religion, spirituality, faith

The cop asked, "Whose car is this? Where are you headed? What do you do?"
The miner replied, "Mine."

Imams don't like it when people lose a lot of weight. I knew one who even issued fatwas.
#joke #short
Joke | Source: Pun Gents - Daily Jokes, One-liners, Groaners, Puns of the day :: Puns on Demand :: Punshine Girls and Boys!

The woman had been away for tw

A guy was standing in a bar when a stranger walks in.

After a while they get to talking and at about 10:30 PM the second guy says, "Oh well,I better get home.My wife doesn't like me to stay out during late night."

The first guy replies, "I'll help you out of this. Just do what I say. Go home. Sneak into the bedroom. Pull back the covers. Get down between her legs then lick, lick and lick for about 20 minutes and there will be no complaints in the morning."

The guy agrees to try that and continues drinking with him for two more hours before heading home to give it a try.

When he got home, the house was pitch black. He sneaks upstairs into the bedroom, pulled back the covers and proceeded to lick for 20 minutes. The bed was like a swamp so he decided to wash his face.

As he walked into the bathroom, his wife was sitting on the toilet.

Seeing her he screamed, "What the hell are you doing in here?!" A wealthy and very well dresse

A wealthy and very well dressed financial consultant arrived at his office to fill out his report for the company he was working for.
The dapper, extremely confident and very dignified gentleman left his Porsche with the parking attendant and entered the building wearing his designer business suit. His shoes clicked along the polished floor as he headed for the elevator.
He picked up the paperwork, and strutted into his well-furnished office, put down his fifteen hundred dollar briefcase and sat down at his desk. He stared at the questions for five minutes, and shook his head in disbelief. He looked again, and his shoulders dropped.
"I know I have no choice, but this is an OUTRAGE!" he said out loud.
Then with a sigh of embarrassment, he reached down, untied and pulled his feet out of his highly polished $800 Brooks Brothers cap toe dress shoes and then peeled off his black silk business socks as well.
The now barefoot consultant then stuffed the socks in the shiny, expensive shoes and dropped them in the garbage can.
A few minutes later, he shook his head again with frustration, slowly untied his $150 Hermes silk necktie, plucked the matching pocket square out of his suit pocket, unfastened his monogrammed gold cufflinks, and slid his Rolex off his wrist. He threw them in to the garbage as well. His silver tiepin and his paisley braces followed.
A moment later, the consultant dropped his head into his hands and groaned. No longer confident and dignified, he looked around furtively.
Then he angrily shrugged and stood up. He then stripped off his $2,000 navy blue pinstriped Armani business suit and his starched white shirt, and folded them before stuffing them in the garbage as well.
The consultant finally sat down in his underwear and finished his work.
A colleague came in, looked around, saw the stripped consultant and his expensive clothes piled in the garbage and was stunned. "Why did you do this?" he asked in bewilderment.
The formerly well-dressed and impeccably groomed consultant angrily and wearily picked up the paperwork.
"Why didn't you warn me about this? It says right here: Instructions MUST be followed exactly! ALL questions MUST be answered in brief!"

I saw a live witchcraft perfor

I saw a live witchcraft performance last night. They had me spellbound. Those ladies did a hex of a job.
#joke #short
Joke | Source: Pun Gents - Daily Jokes, One-liners, Groaners, Puns of the day :: Puns on Demand :: Punshine Girls and Boys!

The spread of testicular cance