“What is the differen

“What is the difference between a soup and a chowder? The soup is quieter while the chowder makes a clamor.”

We are about to enter the summ

We are about to enter the summer and BBQ season.
Therefore it is important to refresh your memory on the etiquette of this sublime outdoor cooking activity, as it's the only type of cooking a "real" man will do, probably because there is an element of danger involved.
When a man volunteers to do the BBQ the following chain of events are put into motion:
Routine...
1. The woman buys the food.
2. The woman makes the salad, prepares the vegetables, and makes dessert.
3. The woman prepares the meat for cooking, places it on a tray along with the necessary cooking utensils and sauces, and takes it to the man who is lounging beside the grill - beer in hand.
Here comes the important part:
4. THE MAN PLACES THE MEAT ON THE GRILL.
More routine...
5. The woman goes inside to organize the plates and cutlery.
6. The woman comes out to tell the man that the meat is burning. He thanks her and asks if she will bring another beer while he deals with the situation.
Important again:
7. THE MAN TAKES THE MEAT OFF THE GRILL AND HANDS IT TO THE WOMAN.
More routine....
8. The woman prepares the plates, salad, bread, utensils, napkins, sauces, and brings them to the table.
9. After eating, the woman clears the table and does the dishes.
And most important of all:
10. Everyone praises the MAN and thanks HIM for his cooking efforts.
11. The man asks the woman how she enjoyed "her night off." And, upon seeing her annoyed reaction, concludes that there's just no pleasing some women.

Squirrel in a Hurricane

Where do Squirrels go during Hurricanes?
Pretty Much anywhere depending on how fast the wind is blowing

Jennifer watched as the cashier rang up her purchases. "Cash, check or charge?" she asked, after folding the items Jennifer had bought. As Jennifer fumbled for her wallet, the cashier noticed a remote control for a television set in her purse.

"Do you always carry your TV remote with you?" the cashier inquired.

"No," she replied. "But my husband, Jeff, refused to come shopping with me, so I figured this was the most evil thing I could do to him."

Three tourists were driving through Wales. As they were approaching Llanfairpwllgwyngyllgogerychwyrndrobwllllantysiliogogogoch, they started arguing about the pronunciation of the town's name. They argued back and forth until they stopped for lunch.
As they stood at the counter one asked the blonde employee, "Before we order, could you please settle an argument for us? Would you please pronounce where we are... very slowly?"
The girl leaned over the counter and said, "Burrrrrr, gerrrrrr, Kiiiiiing." 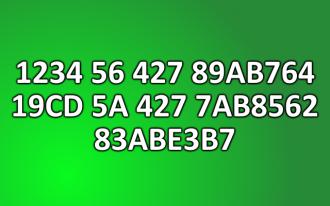 A man is walking home late at night when he sees a woman in the shadows.

"Twenty bucks," she says. he'd never been with a hooker before, but he decides what the hell it's only twenty bucks.

They're going at it for a minute when all of a sudden a light flashes on them it's a police officer.

"I'm making love to my wife," the man answers indignantly.

"Well," said the man, "neither did I until you shined that light in her face."

A husband comes home to find his wife with her suitcases packed in the living room.

"Where the hell do you think you're going?" he says.

"I'm going to Las Vegas. You can earn $400 for a blow job there, and I figured that I might as well earn money for what I do to you free."

The husband thinks for a moment, goes upstairs, and comes back down, with his suitcase packed as well.

"Where do you think you going?" the wife asks.

And the Winner Is

The father of five children had won a toy at a raffle. He called his kids together to ask which one should have the present.
“Who is the most obedient?” he asked. “Who never talks back to mother?
Who does everything she says?”
Five small voices answered in unison.
“Okay, dad, you get the toy.”

A Game Of Animal Football


The animals were bored. Finally, the lion had an idea. "I know a really exciting game that the humans play called football. I've seen it on T.V."
He proceeded to describe it to the rest of the animals and they all got excited about it so they decided to play. They went out to the field and chose up teams and were ready to begin.
The lion's team received. They were able to get two first downs and then had to punt. The mule punted and the rhino was back deep for the kick. He caught the ball, lowered his head and charged. First, he crushed a roadrunner, then two rabbits. He gored a wildebeast, knocked over two cows, and broke through to daylight, scoring six.
Unfortunately, they lacked a placekicker, and the score remained 6 - 0.
Late in the first half the lion's team scored a touchdown and the mule kicked the extra point. The lion's team led at halftime 7 - 6. In the locker room, the lion gave a peptalk.
"Look you guys. We can win this game. We've got the lead and they only have one real threat. We've got to keep the ball away from the rhino, he's a killer. Mule, when you kick off be sure to keep it away from the rhino."
The second half began. Just as the mule was about to kick off, the rhino's team changed formation and the ball went directly to the rhino. Once again, the rhino lowered his head and was off running. First, he stomped two gazelles. He skewered a zebra, and bulldozed an elephant out of the way. It looked like he was home free. Suddenly at the twenty yard line, he dropped over dead. There were no other animals in sight anywhere near him. The lion went over to see what had happened. Right next to the dead rhino he saw a small centipede.
"Did you do this?" he asked the centipede.
"Yeah, I did." the centipede replied.
The lion retorted, "Where were you during the first half?"
"I was putting on my shoes."