Two cows are standing next to each other in a field. Daisy says to Dolly, "I was artificially inseminated this morning."
"I don't believe you," says Dolly.
"It's true, no bull!" exclaims Daisy.

HR: "This is your revised salary. We recommend you keep it confidential."
Employee: "Don't worry, I'm equally ashamed of it."

The Pope just finished a tour

The Pope just finished a tour of the East Coast and was taking a limousineto the airport. Since he'd never driven a limo, he asked the chauffeur ifhe could drive for a while. The reluctant chauffeur pulled over along theroadside, climbed into the back of the limo, and the Pope took the wheel.The Pope then merged onto the highway and accelerated to over 90 mph tosee what the limo could do.
Suddenly, the Pope noticed the blue light of the State Patrol in his sidemirror, so he pulled over. The trooper approached the limo, peered inthrough the windows, then said, "Just a moment please, I need to callin."
The trooper called in and explained to the chief that he had a veryimportant person pulled over for speeding. "How do I handle this, chief?"asked the trooper. "Is it the Governor?" questioned the chief. "No! Thisguy is even more important!"
"Is it the President?" asked the chief.
"No! Even more important!"
"Well, who the heck is it?" screamed the chief.
"I don't know, sir," replied the trooper, "but he's got the Pope as hischauffeur." 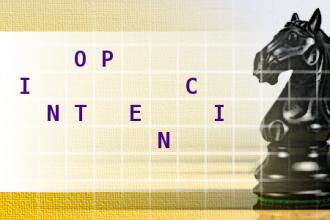 I Have Lost My Father

Five year old Little Johnny was lost, so he went up to a policeman and said, "I've lost my dad!"
The policeman said, "What's he like?"
Little Johnny replied, "Beer and women!"
#joke #short #policeman #beer
Joke | Source: Joke of the Day - Jokes served hot and fresh daily.

A couple go for a meal at a Chinese restaurant and order Chicken Surprise. The waiter brings the meal, served in a lidded cast iron pot. Just as the wife is about to serve herself, the lid of the pot rises slightly and she briefly sees two beady little eyes looking around before the lid slams back down.
"Good grief, did you see that?" she asks her husband.
He hasn't, so she asks him to look in the pot. He reaches for it and again the lid rises, and he sees two little eyes looking around before it slams down.
Rather perturbed, he calls the waiter over, explains what is happening, and demands an explanation.
"Please sir," says the waiter, "what you order?"
The husband replies, "Chicken Surprise."
"Ahh so sorry," says the waiter, "I bring you Peeking Duck."

A rather awkward freshman finally got up the nerve to ask a pretty junior for a dance at the homecoming. She gave him the once-over and said, "Sorry, I won't dance with a child."
"Oh I'm sorry," responded the underclassman, "I didn't realize you were pregnant."

A proud and confident genius makes a bet with an idiot.

The genius says, "Hey idiot, every question I ask you that you don't know the answer, you have to give me $5. And if you ask me a question and I can't answer yours I will give you $5,000."

The genius then asks, "How many continents are there in the world?" The idiot doesn't know and hands over the $5.

The idiot says, "Now me ask: what animal stands with two legs but sleeps with three?"

The genius tries and searches very hard for the answer but gives up and hands over the $5,000.

The genius says, "Dang it, I lost. By the way, what was the answer to your question?"

Where ya from, Sam?

A man lay sprawled across three entire seats in a theater. When the usher came by and noticed this, he whispered to the man, "Sorry, sir, but you're only allowed one seat." The man groaned but didn't budge. The usher became impatient.

"Sir," the usher said, "if you don't get up from there I'm going to have to call the manager."

Again, the man just groaned, which infuriated the usher who turned and marched briskly back up the aisle in search of his manager. In a few moments, both the usher and the manager returned and stood over the man. Together the two of them tried repeatedly to move him, but with no success. Finally, they summoned the police.

The cop surveyed the situation briefly then asked, "All right buddy, what's your name?" "Sam," the man moaned. "Where ya from, Sam?" the cop asked.

And with pain in his voice, Sam replied, "The balcony."