JEWBILATION - Pride in finding out that one's favorite celebrity is Jewish.

CHUTZPAPA - A father who wakes his wife at 4:00 AM so she can change the baby's diaper.

DISORIYENTA - When Aunt Sadie gets lost in a department store and strikes up a conversation with everyone she passes.

MISHPOCHAMARKS - The assorted lipstick and make-up stains found on one's face and collar after kissing all one's aunts and cousins at a reception.

KINDERSCHLEP - To transport other kids in your car besides yours.

OYVAYSMEAR - What one says when the cream cheese squeezes out of the bagel and falls on your clean pants.

JEWDO - A traditional form of self-defense based on talking one's way out of a tight spot.

3. A man's home is his castle, in a manor of speaking.

4. Dijon vu - the same mustard as before.

6. Shotgun wedding: A case of wife or death.

7. A man needs a mistress…just to break the monogamy.

8. A hangover is the wrath of grapes.

9. Dancing cheek-to-cheek is really a form of floor play.

10. Does the name Pavlov ring a bell?

11. Condoms should be used on every conceivable occasion.

14. A bicycle can't stand on its own because it is two tired.

17. In democracy, your vote counts. In feudalism your count votes.

18. She was engaged to a boyfriend with a wooden leg but broke it off.

19. A chicken crossing the road is poultry in motion.

20. If you don't pay your exorcist, you get repossessed.

21. With her marriage, she got a new name and a dress.

22. When a clock is hungry, it goes back four seconds.

23. The man who fell into an upholstery machine is fully recovered.

24. You feel stuck with your debt if you can't budge it.

25. Local Area Network in Australia: … the LAN down under.

26. He often broke into song because he couldn't find the key.

27. Every calendar's days are numbered.

28. A lot of money is tainted - It taint yours and it taint mine.

29. A boiled egg in the morning is hard to beat.

30. He had a photographic memory that was never developed.

31. A plateau is a high form of flattery.

32. A midget fortuneteller who escapes from prison is a small medium at
large.

33. Those who get too big for their britches will be exposed in the end.

37. Acupuncture is a jab well done.

The stories from ER:

A big-shot businessman had to spend a couple of days in the hospital. He was a royal pain to the nurses because he bossed them around just like he did his employees.

None of the hospital staff wanted to have anything to do with him. The head nurse was the only one who could stand up to him.

She came into his room and announced, "I have to take your temperature." After complaining for several minutes, he finally settled down, crossed his arms and opened his mouth.

"No, I'm sorry," the nurse stated, "but for this reading, I cannot use an oral thermometer."

This started another round of complaining, but eventually he rolled over and bared his rear end. After feeling the nurse insert the thermometer, he heard her announce, "I have to get something. Now you stay JUST LIKE THAT until I get back."

She left the door to his room open on her way out. He cursed under his breath as he heard people walking past his door, laughing.

After almost an hour, the man's doctor came into the room.

Angrily, the man answered, "What's the matter, Doc?" Haven't you ever seen someone having his temperature taken before?"

After a pause, the doctor confessed with a suppressed laugh in his voice, "Well, no, I guess I haven't. Not with a carnation, anyway!"

A boy of 12 was a dedicated stamp collector; until the lad next door also bought an album. "He buys every stamp I do," the boy complained to his father, "and he's taken all the fun of it away." "Don't be a fool, my boy," said his wise dad. "Remember, imitation is the sincerest form of philately."
Neil Lewis, Pilton

Last night police were called to a branch of Pizza Hut after a body of a member of staff was found covered in mushrooms, onions ham and cheese. The police spokesman said that there was a strong possiblity that the man had topped himself.

A lonely frog, desparate for some company telephones a psychic hotline to find out what his future has in store. His personal psychic adviser tells him: "You are going to meet a beautiful young girl who will want to know everything about you."

The frog is thrilled and says: "This is great! Where will I meet her, at work, at a party?" "No," replies the psychic, "in a biology class."

THE Definition of a BBQ<...

THE Definition of a BBQ

When a man volunteers to do the BBQ the following chain of events are put into motion:

1. The woman goes to the shops.

2. The woman fixes the salad, vegetables and dessert.

3. The woman prepares the meat for cooking, places it on a tray along with the necessary cooking utensils, and takes it to the man, who is lounging beside the grill, beer in hand.

4. The man places the meat on the grill.

5. The woman goes inside to set the table and check the vegetables.

6. The woman comes out to tell the man that the meat is burning. He thanks her and asks if she will bring another beer whilst he deals with the situation.

7. The man takes the meat off the grill and hands it to the woman.

8. The woman prepares the plates and brings them to the table.

9. After eating, the woman clears the table and does the dishes.

10. Everyone praises man and thanks him for his cooking efforts.

11. The man asks the woman how she enjoyed her night off, and, upon seeing her annoyed reaction, concludes that there's just no pleasing some women. 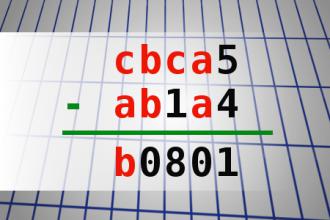 Waiter: Would you like your coffee black, sir? Customer: I don't know, what other colors do you have?
#joke #short
Joke | Source: Click The City - Philippine's Leading Lifestyle and Entertainment Guide.


A fellow finds himself in front of the Pearly Gates. St. Peter explains that its not so easy to get in heaven. There are some criteria before entry is allowed.

For example, was the man religious in life? Attend church? No? St. Peter told him that's bad.

Was he generous? give money to the poor? Charities? No? St. Peter told him that that too was bad.

Did he do any good deeds? Help his neighbor? Anything? No? St. Peter was becoming concerned.

Exasperated, Peter says, "Look, everybody does something nice sometime. Work with me, I'm trying to help. Now think!"

The man says, "There was this old lady. I came out of a store and found her surrounded by a dozen Hell's Angels. They had taken her purse and were shoving her around, taunting and abusing her.

I got so mad I threw my bags down, fought through the crowd, and got her purse back. I then helped her to her feet. I then went up to the biggest, baddest biker and told him how despicable, cowardly and mean he was and then spat in his face".

"Wow", said Peter, "That's impressive. When did this happen"?

Who is the most popular man in a n*dist colony?

The guy who can carry two pitchers of beer and a foot of onion rings!

who is the most popular girl in a n*dist colony?

The girl who can eat the last onion ring.

An old man is sitting on a park bench crying. A young man is walking by and asks him why he's crying. The old man says, "I'm retired and I have lots of money, a huge luxury apartment, a beautiful 25 year old wife who loves me and has sex with me twice a day"

The young man says, "Well then why the hell are you crying!?"

The old man replies, "I can't remember where I live!"

Joke | Old joke from joke of the day archives - Check out other old jokes Sunday, 29 June 2008