An artist asked the gallery owner if there had been any interest in her paintings that were on display.
"Well, I have good news and bad news," the owner responded. "The good news is that a gentleman noticed your work and wondered if it would appreciate in value after your death. I told him it would and he bought all 10 of your paintings."
"That's wonderful," the artist exclaimed. "What's the bad news?"
"The gentleman was your doctor."

Three Aussie guys, Shane, Ricky and Jeff, were working on a high-rise building project in Wagga Wagga. Unfortunately, Shane falls off the scaffolding and is killed instantly.

As the ambulance takes the body away, Ricky says, 'Someone should go and tell his wife.'
Jeff says, 'OK, I'm pretty good at that sensitive stuff, I'll do it.'

Two hours later, he comes back carrying a case of Fosters.

Ricky says, 'Where did you get that, Jeff?'

Ricky continues, 'That's unbelievable, you told the lady her husband was dead and she gave you the beer?'

'Well not exactly,' Jeff said. 'When she answered the door, I said to her, "You must be Shane's widow."

A: Because they taste funny.

A man was sitting at a bar enjoying an after-work cocktail when an exceptionally gorgeous and sexy young woman entered. She was so striking that the man could not take his eyes away from her.

The young woman noticed his overly-attentive stare and walked directly toward him.

Before he could offer his apologies for being so rude, the young woman said to him, "I'll do anything, absolutely anything, that you want me to do, no matter how kinky, for $100 on one condition."

Flabbergasted, the man asked what the condition was.

The young woman replied, "You have to tell me what you want me to do in just three words."

The man considered her proposition for a moment, withdrew his wallet from his pocket and slowly counted out five $20 bills, which he pressed into the young woman's hand.

He looked into her eyes and slowly, meaningfully said, "Paint my house." 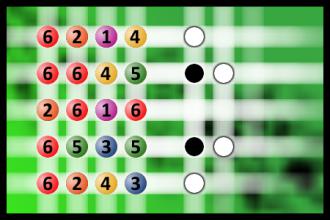 The problem with vampires is they look like theyre 20, but theyre actually 100 years old. So youll be dating this hot, young guy who grew up in the Great Depression and hates Irish people. And then you take him out to a nightclub, and hes doing the Charleston. Or you think hes cheating on you, so you go through his journal. Youre like, Who the hell is this slut? Harriet Tubman? Who the f**k is that?
#joke
Joke | Old joke from joke of the day archives - Check out other old jokes Thursday, 23 February 2012

Chuck Norris can lick his elbo...