A young man from Nebraska moves to Florida and goes to a big "everything under one roof" department store looking for a job. The manager asks, "Do you have any sales experience?" The kid replies, "Yeah, I was one of the best Bible salesman back in Omaha."The boss liked the kid and gave him the job. "You can start tomorrow. I'll come down after we close and see how you did."His first day on the job was rough, but he got through it. After the store was locked up, the boss came down. "How many customers bought something from you today?” The kid responds, "One."The boss says, "Just one? Our sales people average 20 to 30 customers a day. How much was the sale for?""$101,237.65.""$101,237.65? Holy Mother Mary! What did you sell to him?""First, I sold him a small fish hook. Then, I sold him a medium fish hook. Then, I sold him a larger fish hook. Then, I sold him a new fishing rod. Then, I asked him where he was going fishing and he said down the coast. I told him he was going to need a boat, so we went down to the boat department, and I sold him a twin engine Boston Whaler. Then, he said he didn't think his car would pull it, so I took him down to the automobile department and sold him a 4x4 truck with all the bells and whistles.""A guy came in here to buy a fish hook, and you sold him a boat and a truck?!""No, the guy came in here to buy feminine products for his wife, and I said, 'Dude, your weekend's shot. You should go fishing.'"- Joke shared by Beliefnet member socaliflady
#joke
Joke | Source: Belief net - Joke of the day, features on religion, spirituality, faith

Three girls live together. Melissa is a born leader and smart. Kayla is very pretty and popular. Jessica is dumb. One day Melissa says to Kayla and Jessica," I think we should get a miror." Kayla and Jessica Agree. They go down to the trift shop and Melissa see's a beautiful miror with a goldon trim. All of the girls love the miror. Melissa goes up to the store keeper and asks to see the miror. The store keeper replies, "I can't sell you that miror. There is a curse that says if anyone says a lie while looking in it they will disapear for ever!" Melissa didn't belive in this and went up to the mirror and said," I think i have the pretties shoes in this store!" And POOF! She disaperes. Then Kayla goes up to the miror and says, " I think I have the pretties shirt in the whole world!" And POOF! She disapears! Then Jessica goes up to the mirror and says, "I think..." POOF! She disapears!
#joke
Joke | Source: Joke of the Day - Jokes served hot and fresh daily.

A President Visits an Elementary School

After delivering a speech at an elementary school, the president lets the kids ask a few questions. One little boy, Joe raises his hand and asks, “How come you invaded Iraq without the support of the United Nations?”
Just as the president begins to answer, the recess bell rings and he says they’ll continue afterward. 25 minutes later the kids come back to class.
“Where were we?” says the president. “Oh, yes… do you kids have any questions?”
Another boy raises his hand and says, “I have three questions: First, why did you invade Iraq without support from the U.N.? Second, why did the recess bell go off 30 minutes early? And third, where is my buddy Joe?”

“What thrill ride does a drink go on? A coaster!”

A girl was visiting her blonde...

A girl was visiting her blonde friend, who had acquired two new dogs, and asked her what their names were.
The blonde responded by saying that one was named Rolex and one was named Timex.
Her friend said, 'Whoever heard of someone naming dogs like that?'
'HELLLOOOOOOO......,' answered the blonde. 'They're watch dogs'! 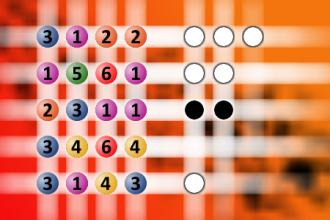 An Irish priest and a Rabbi get into a car accident. They both get out of their cars and stumble over to the side of the road. The Rabbi says, "Oy vey! What a wreck!" The priest asks him, "Are you all right, Rabbi?" The Rabbi responds, "Just a little shaken." The priest pulls a flask of whiskey from his coat and says, "Here, drink some of this it will calm your nerves." The Rabbi takes the flask and drinks it down and says, "Well, what are we going to tell the police?" "Well," the priest says, "I don't know what your aft' to be tellin' them. But I'll be tellin' them I wasn't the one drinkin'."

Casey and Riley agreed to settle their dispute by a fight, and it was understood that whoever wanted to quit should say "Enough." Casey got Riley down and was hammering him unmercifully when Riley called out several times, "Enough!" As Casey paid no attention, but kept on administering punishment, a bystander said, "Why don't you let him up? Don't you hear him say that he's had enough?" "I do," says Casey, "but he's such a liar, you can't believe him.

WANTED FOR ATTEMPTED MURDER (actual AP headline) Linda Burnett, 23, a resident of San Diego, was visiting her inlaws, and while there, she went to a nearby supermarket to pick up some groceries.
Several people noticed her sitting in her car with the windows rolled up and with her eyes closed, with both hands behind the back of her head. One customer who had been at the store for a while became concerned and walked over to the car.
He noticed that Linda's eyes were now open, and she looked very strange. He asked her if she was okay, and Linda replied that she'd been shot in the back of the head, and had been holding her brains in for over an hour.
The man called the paramedics, who broke into the car because the doors were locked and Linda refused to remove her hands from her head. When they finally got in, they found that Linda had a wad of bread dough on the back of her head.
A Pillsbury biscuit canister had exploded from the heat, making a loud noise that sounded like a gunshot, and the wad of dough hit her in the back of her head. When she reached back to find out what it was, she felt the dough and thought it was her brains. She initially passed out, but quickly recovered and tried to hold her brains in for over an hour until someone noticed and came to her aid. And, yes, Linda is a blonde.

Who gets the present....


Rod Serling imitation: You're dazed, bewildered, trapped in a world without time, where sound collides with color and shadows explode. You see a signpost up ahead -- this is no ordinary telephone answering device... You have reached, "The Twilight Phone".