A wife comes home late at nigh...

A wife comes home late at night from being out of town and quietly opens the door to her bedroom.
From under the blanket she sees four legs instead of two. She reaches for a baseball bat and starts hitting the blanket as hard as she can. Once she's done, she goes to the kitchen to have a drink.
As she enters, she sees her husband there, reading a magazine.
"Hi Darling", he says, "Your parents have come to visit us, so l let them stay in our bedroom. Did you say 'hello'?"

Compassion With an Umbrella

A Western Buddhist woman was in India, studying with her teacher. She was riding with another woman friend in a rickshaw-like carriage, when they were attacked by a man on the street. In the end, the attacker only succeeded in frightening the women, but the Buddhist woman was quite upset by the event and told her teacher so. She asked him what she should have done - what would have been the appropriate, Buddhist response. The teacher said very simply, "You should have very mindfully and with great compassion whacked the attacker over the head with your umbrella."
#joke
Joke | Source: Belief net - Joke of the day, features on religion, spirituality, faith


Sorry... I'm far too depressed to come to the phone. If you can be bothered, leave a message after the sound of the gunshot, and maybe somebody will call you I guess... (BANG!)

Livelihood is an ene...

“Livelihood is an energetic gangster.”

A little old man shuffled slowly into the 'Orange Dipper', an ice cream parlor in Naples , and pulled himself slowly, painfully, up onto a stool.
After catching his breath he ordered a banana split.
The waitress asked kindly, 'Crushed nuts?'
'No,' he replied, 'hemorrhoids'

As a mother was bribing her little boy with a quarter so he would behave, she said, "Why do I always have to pay you to be good?

Why can't you be good for nothing like your dad?" 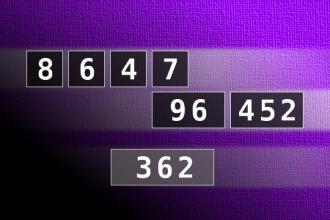