A Scottish lad and lass were s...

A Scottish lad and lass were sitting together on a heathery hill in the Highlands. They had been silent for a while, then the lass said, "A penny for your thoughts."
The lad was a bit abashed, but he finally said, "Well, I was thinkin' how nice it would be if ye'd give me a wee bit of a kiss."
So she did so.
But he again lapsed into a pensive mood which lasted long enough for the lass to ask him, "What are ye thinkin' now?"
To which the lad replied: "Well, I was hopin' ye hadn't forgot the penny!"


You just dialed into the North American Air Defense Contract Center. Stand by at the tone to give coordinates and destination of incoming bogey. TNR Surveillance will scramble. If you do not respond, this unit will assume incoming, non-urgent.

“The popularity of ho

“The popularity of hot air riding is ballooning.”

All the grandkids were visiting for Thanksgiving. Before dinner, Grandma made a lengthy speech about being thankful for her extra-special blessings, her four grandchildren. Two seconds after she stopped speaking, all hell broke loose and the kids were yelling and grabbing for the home-made rolls.Grandma sat there, eyes closed with a tight squint on her face. When asked what was the matter, she replied, "I'm just praying for a little patience to handle all these blessings."
#joke #thanksgiving
Joke | Source: Belief net - Joke of the day, features on religion, spirituality, faith

A Cowboy sitting in a saloon o

A Cowboy sitting in a saloon one Saturday night, he recognized an elderly man standing at the bar who, in his day, had the reputation of being the fastest gun in the West.The young cowboy took a place next to the old-timer, bought him a drink and told him the story of his great ambition. ‘Do you think you could give me some tips?’ he asked.
The old man looked him up and down and said, ‘Well, for one thing, you’re wearing your gun too high. Tie the holster a little lower down on your leg.’‘
Will that make me a better gunfighter?’ asked the young man.
‘Sure will,’ replied the old-timer.
The young man did as he was told, stood up, whipped out his 44 and shot the bow tie off the piano player. ‘That’s terrific!’ said the hot shot.. ‘Got any more tips for me?’
‘Yep,’ said the old man. ‘Cut a notch out of your holster where the hammer hits it. That’ll give you a smoother draw’
‘Will that make me a better gunfighter?’ asked the young man.
‘You bet it will, ‘ said the old-timer.The young man took out his knife, cut the notch, stood up, drew his gun in a blur, and then shot a cufflink off the piano player. ‘Wow!’ exclaimed the cowboy ‘I’m learnin’ somethin’ here. Got any more tips?’
The old man pointed to a large can in a corner. ‘See that axle grease over there? Coat your gun with it.’The young man went over to the can and smeared some of the grease on the barrel of his gun.‘No,’ said the old-timer, ‘I mean smear it all over the gun, handle and all.
’‘Will that make me a better gunfighter?’ asked the young man.
‘No,’ said the old-timer, ‘but when Wyatt Earp gets done playing the piano, he’s gonna shove that gun up your ass, and it won’t hurt near as much.

Two Scottish nuns have just arrived in USA by boat and one says to the other, "I hear that the people of this country actually eat dogs.

"Odd," her companion replies, "but if we shall live in America, we might as well do as the Americans do." Nodding emphatically, the mother superior points to a hot dog vendor and they both walk towards the cart.

"Two dogs, please," says one. The vendor is only too pleased to oblige and he wraps both hot dogs in foil and hands them over the counter. Excited, the nuns hurry over to a bench and begin to unwrap their 'dogs.'

The mother superior is first to open hers. She begins to blush and then, staring at it for a moment, leans over to the other nun and whispers cautiously, "What part did you get?" 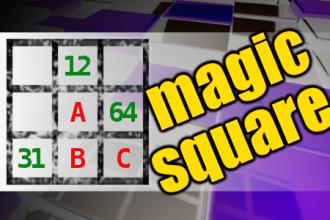 An enterprising, but bashful s...

An enterprising, but bashful sailor finds himself on shore leave in Korea for his first time. While the rest of the guys are out having a jolly good time in the red light district of Pusan, our hero just can't get up the nerve to ask the local girls how much it costs for a good time.

He sits at his table for a moment watching the girls, and devises a get laid plan.

One of the local girls approaches him and asks, "Wat is you name?"

He says, "Sure how much?"
#joke
Joke | Old joke from joke of the day archives - Check out other old jokes Sunday, 29 November 2009

One man said to the other, "You know, there are really only three kinds of people in the world: those who can count, and those who can't.
#joke #short
Joke | Old joke from joke of the day archives - Check out other old jokes Monday, 29 November 2010

Let me get this straight. We invade a country with oil, but gas costs more? That dont make no f**king sense! Now I didnt go to no fancy school or nothing, but Ill tell you this right now -- if I invade Kentucky Fried Chicken, wings will be cheap at my house.
#joke #short
Joke | Old joke from joke of the day archives - Check out other old jokes Monday, 29 November 2010

How does a tree get pregnant?
By a woodpecker!