A mid-level executive was so frustrated at being passed over for promotion year after year, that, in frustration, he went to a brain-transplant center in the hope of raising his I.Q. 20 points.
After a battery of physical and psychological tests, he was told by the center's director that he was an acceptable candidate.
"That's great!" the executive said. "But I understand that this procedure can be really expensive."
"Yes, sir, it can," the director replied. "An ounce of accountant's brain for example, costs one thousand dollars; an ounce of an economist's brain costs two thousand; an ounce of a corporate president's is forty-five thousand. An ounce of a Democrat's brain is seventy-five thousand dollars."
"Seventy-five thousand dollars for an ounce of a Democrat's brain? Why on earth is that?"
"Do you have any idea," the director asked, "how many Democrats we would have to kill?"

“When the son of a mi

“When the son of a microchip manufacturer inherited the business, he became a chip off the old block.”

One day a girl decided to buy

One day a girl decided to buy some crotchless panties to surprise her boyfriend. She went and bought them, got home, put them on and waited. When the boyfriend got home there she was spread eagle on the bed with only her panties and bra on.
"Come over here baby," she says smiling.
The boyfriend backs off, "If your pussy can do that to your panties, I ain't going any where near it!"

Who was Genghis Khan's f

After a two-week criminal trial in a very high profile bank robbery case, the judge turns to the jury foreman and asks, "Has the jury reached a verdict in this case?"

"Yes, we have, your honor," The foreman responded.

"Would you please pass it to me," The judge declared, as he motioned for the bailiff to retrieve the verdict slip from the foreman and deliver it to him.

After the judge reads the verdict himself, he delivers the verdict slip back to his bailiff to be returned to the foreman and instructs the foreman, "Please read your verdict to the court."

"We find the defendant Not Guilty of all four counts of bank robbery." stated the foreman. The family and friends of the defendant jump for joy at the verdict and hug each other as they shout expressions of divine gratitude.

The man's attorney turns to his client and asks, "So, what do you think about that?"

The defendant, with a bewildered look on his face turns to his attorney and says, "I'm real confused here. Does this mean that I have to give all the money back?" 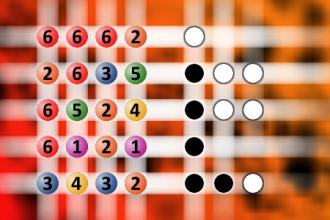 A rabbi, priest, and a preacher meet every Monday in a coffee shop to talk things over about their spiritual life.
One day, the priest makes a bet with the other guys that he could convert a bear in the woods over to his religion. The others nod and say "Yeah, I'll bet we could do it quicker than you could!"
So they all agree that the next time they meet, they'll share stories about how they were able to convert a bear.
They all end up in the hospital, but the priest is in the best shape of all of them. They decide to meet in the rabbi's room. The priest has his arm in a sling and says, "Yeah, it was tough at first, but I was able to dash it with some holy water. The next thing I know, it started saying Hail Mary. He's coming to mass this Sunday."
The other two clergymen nod in approval, and the preacher goes next. The preacher is in pretty bad shape. He's in a wheel chair, and he has a concussion, a broken leg, and a broken arm. He says "Well, when I finally happened upon it, I wrestled that thing to the ground and started beating its head with a Bible. So he lunges at me and we tumble down this hill into the river where I dunked him seven times. Finally, he came to the faith. He'll be coming to church next Sunday."
Both men turn to the rabbi to hear his story. The rabbi looks like he got the worst of it. He's in a body cast and there's no way he's getting out of bed any time soon. He looks at both men and says "Well, I probably should've started with something different than circumcision...."
- Joke shared by Beliefnet member ShinwaNate

A man wakes up one morning to...

A man wakes up one morning to find a gorilla on his roof.So he looks in the yellow pages and sure enough, there's anad for "Gorilla Removers."
He calls the number, and the gorilla remover says he'll be overin 30 minutes.
The gorilla remover arrives, and gets out of his van. He's got aladder, a baseball bat, a shotgun and a mean old pit bull."What are you going to do," the homeowner asks?
"I'm going to put this ladder up against the roof, then I'm going togo up there and knock the gorilla off the roof with this baseballbat. When the gorilla falls off, the pit bull is trained to grab histesticles and not let go. The gorilla will then be subdued enough for me to puthim in the cage in the back of the van."
He hands the shotgun to the homeowner."What's the shotgun for?" asks the homeowner.
"If the gorilla knocks me off the roof, shoot the dog!"

Would you watch my car?

A tourist climbed out of his car in downtown Washington, D.C. He said to a man standing near the curb, "Listen, I'm going to be only a couple of minutes. Would you watch my car while I run into this store?"

"What?" the man huffed. "Do you realize that I am a member of the United States Senate?"

"Well no," the tourist said, "I didn't realize that. But it's all right. I'll trust you anyway."


The beguiling ideas about science quoted here were gleaned from essays, exams, and classroom discussions. Most were from 5th and 6th graders. They illustrate Mark Twain's contention that the 'most interesting information comes from children, for they tell all they know and then stop.
Q: What is one horsepower?
A: One horsepower is the amount of energy it takes to drag a horse 500 feet in one second.
You can listen to thunder after lightning and tell how close you came to getting hit. If you don't hear it, you got hit, so never mind.
Talc is found on rocks and on babies.
The law of gravity says no fair jumping up without coming back down.
When they broke open molecules, they found they were only stuffed with atoms. But when they broke open atoms, they found them stuffed with explosions.
When people run around and around in circles we say they are crazy. When planets do it we say they are orbiting.
Rainbows are just to look at, not to really understand.
While the earth seems to be knowingly keeping its distance from the sun, it is really only centrificating. [this guy is going to do well in college! *haha* ...Lj]
Someday we may discover how to make magnets that can point in any direction.
South America has cold summers and hot winters, but somehow they still manage.
Most books now say our sun is a star. But it still knows how to change back into a sun in the daytime.
Water freezes at 32 degrees and boils at 212 degrees. There are 180 degrees between freezing and boiling because there are 180 degrees between north and south.
A vibration is a motion that cannot make up its mind which way it wants to go.
There are 26 vitamins in all, but some of the letters are yet to be discovered. Finding them all means living forever.
There is a tremendous weight pushing down on the center of the Earth because of so much population stomping around up there these days.
Lime is a green-tasting rock.
Many dead animals in the past changed to fossils while others preferred to be oil.
Genetics explain why you look like your father and if you don't why you should.
Vacuums are nothings. We only mention them to let them know we know they're there.
Some oxygen molecules help fires burn while others help make water, so sometimes it's brother against brother.
Some people can tell what time it is by looking at the sun. But I have never been able to make out the numbers.
We say the cause of perfume disappearing is evaporation. Evaporation gets blamed for a lot of things people forget to put the top on.
To most people solutions mean finding the answers. But to chemists solutions are things that are still all mixed up.
In looking at a drop of water under a microscope, we find there are twice as many H's as O's.
Clouds are high flying fogs.
I am not sure how clouds get formed. But the clouds know how to do it, and that is the important thing.
Clouds just keep circling the earth around and around. And around. There is not much else to do.
Water vapor gets together in a cloud. When it is big enough to be called a drop, it does.
Humidity is the experience of looking for air and finding water.
We keep track of the humidity in the air so we won't drown when we breathe.
Rain is often known as soft water, oppositely known as hail.
Rain is saved up in cloud banks.
In some rocks you can find the fossil footprints of fishes.
Cyanide is so poisonous that one drop of it on a dogs tongue will kill the strongest man.
A blizzard is when it snows sideways.
A hurricane is a breeze of a bigly size.
A monsoon is a French gentleman.
Thunder is a rich source of loudness.
Isotherms and isobars are even more important than their names sound.
It is so hot in some places that the people there have to live in other places.
The wind is like the air, only pushier.