Doctor: "Have you been drinking fluids?"
Patient: "Jeez, Doc, that's literally all I drink."

This guy was watching TV as hi

This guy was watching TV as his wife was out cutting the grass during the hot summer. He finally worked up the energy to go out and ask his wife what was for supper.
Well, his missus was quite irritated about him sitting in the air conditioned house all day while she did all the work, so she scolded him. "I can't believe you're asking me about supper right now! Imagine I'm out of town, go inside and figure dinner out yourself."
So he went back in the house and fixed himself a big steak, with potatoes, garlic bread and tall glass of iced tea.
The wife finally walked in about the time he was finishing up and asked him, "You fixed something to eat? So where is mine?"
"Huh? I thought you were out of town."

Having been married ten years

Having been married ten years and still living in an apartment, the wife would often complain about anything, as she was tired of saving every penny to buy a "dream home".
Trying to placate her, the husband found a new apartment, within their budget. However, after the first week, she began complaining again.
Joel, she said, I don't like this place at all. There are no curtains in the bathroom. The neighbors can see me every time I take a bath.
Don't worry. replied her husband. If the neighbors do see you, they'll buy curtains.

An old man goes to the Wizard to ask him if he can remove a "Curse" he has been living with for the last 40 years.
The Wizard says "maybe, but you will have to tell me the exact words that were used to put the curse on you."
The old man says without hesitation "'I now pronounce you man and wife'".

Conway Twitty, Is That Really You?

A young pastor moved to town and decided he would go around and introduce himself to the new congregation. He rang the first door bell and a lady came to the door. She stared at him as he introduced himself.
She said, “I can't believe how much you look like Conway Twitty, the country music singer.”
He replied, “Yes, ma’am, I hear that a lot.”
He went to the next house and the next, and every lady that came to the door said the same thing—that he looked like Conway Twitty.
At the last house, a shapely young lady came to the door with a towel around her. He started to introduce himself, but she loosened her towel, threw her arms in the air, and screamed, “Conway Twitty!”
The pastor stood there, stunned. Then he said, “Hello, darling!” 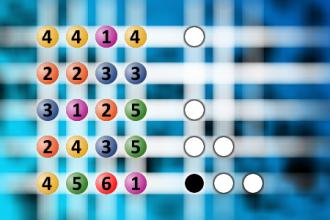 A little boy was attending his first wedding. After the service, his cousin asked him, "How many women can a man marry?"
"Sixteen," the boy responded.
His cousin was amazed that he knew the answer so quickly. "How do you know that?"
"Easy," the little boy said.
"All you have to do is add it up, like the Preacher said: 4 better, 4 worse, 4 richer, 4 poorer."

Q. Did you hear about the new sushi bar that caters exclusively to lawyers?

Traffic lights camera
A man was driving down the road. He passed a traffic camera and saw it flash.
Astounded that he had been caught speeding when he was under the speed limit, he turned around and, going even slower, he passed by the camera.
Again, he saw it flash. He couldn't believe it! So he turned and, going at snail's pace, he passed the camera.
AGAIN, he saw the camera flash. He guessed it must have a fault, and home he went.
Four weeks later he received 3 traffic fines in the mail, all for not wearing a seatbelt.