Mozart thought he was God. Whe

Mozart thought he was God. Whenever someone asked his name, he said “I am a deus.”
#joke #short
Joke | Source: Pun Gents - Daily Jokes, One-liners, Groaners, Puns of the day :: Puns on Demand :: Punshine Girls and Boys!

Working in The Garden

A prisioner in jail received a letter from his wife:
"I have decided to plant some lettuce in the back garden. When is the best time to plant them?"
The prisioner, knowing that the prison guards read all the mail, replied in a letter:
"Dear Wife, whatever you do, DO NOT touch the back garden! That is where I hid all the gold."
A week or so later, he received another letter from his wife:
"You wouldn't believe what happened. Some men came with shovels to the house, and dug up the whole back garden."
The prisoner wrote another letter: 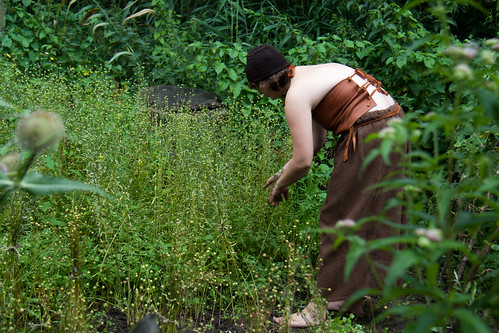 "Dear wife, NOW is the best time to plant the lettuce!"

An old retired sailor puts on

An old retired sailor puts on his old uniform and goes down to the docks once more for old time's sake. He hires a prostitute and takes her up to a room. He's going at it as best as he can for a guy his age. He asks, "How am I doing?"
The prostitute replies, "Well sailor, you're doing about three knots."
"Three knots?" he replies, "What's that supposed to mean?"
She says, "You're knot hard, you're knot in, and you're knot getting your money back!"

I may not be around in 2084...
But at least I know there's the possibility I may still be voting!

A guy walking along the beach finds a bottle and picks it up. A genie pops out and says, "Thanks for letting me out. For your kindness I will grant you one wish."

The guys says, "I've always wanted to go to Hawaii, but I can't because I'm afraid to fly and ships make me deathly sick. My wish is for you to build a road from here to Hawaii."

The genie says, "I'm sorry, but I don't think I can do that. Just think of all the work involved. Think of the huge pilings we'd need to hold up that highway and how deep they would have to be to reach the bottom of the ocean. And think of all the cement that would be needed. Plus, since it's such a long span, there would have to be gas stations and rest stops along the way. No, that's just too much to ask. Impossible."

The guy says, "Well, there is one thing I've always wanted to know. I'd like to be able to understand women...what makes them laugh and cry...you know, what makes them tick."

The genie thinks a second, then asks, "You want two lanes or four?"

A married man and his secretary were having a torrid affair. One afternoon they couldn't contain their passion, so they rushed over to her place where they spent the afternoon making passionate love. When they were finished, they fell asleep, not waking until 8 o'clock that night.

They got dressed quickly. Then the man asked his secretary to take his shoes outside and rub them on the lawn. Bewildered, she did as he asked, thinking him pretty weird.

The man finally got home and his wife met him at the door. Upset, she asked where he'd been. The man replied, "I can not tell a lie. My secretary and I are having an affair. Today we left work early, went to her place, spent the afternoon making love, and then fell asleep. That's why I'm late."

The wife looked at him, took notice of his shoes, and yelled, "I can see those are grass stains on your shoes. YOU LIAR! You've been playing golf again, haven't you?" 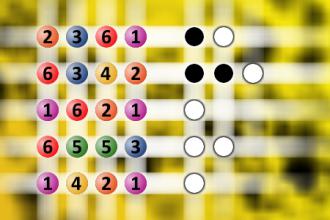 Your house has a kickstand.

You drive around a parking lot for fun.

Your girlfriend has ever called YOUR parents "Ma and Pa".

You have to duct tape your gloves on.

You've ever pruned your trees with a shotgun.

Someone says they spotted Bigfoot and you go buy tickets to the tractor pull.

You think that Marlboro is a cologne.