"My Friday is ruined!"
"Why, what happened?"
"I realized today is Tuesday."

A henpecked man got tired of h

A henpecked man got tired of his wife constantly picking on him, so he started playing poker on Friday nights with his buddies just to get some relief. After he came home she'd start right in on him again.
After several weeks went by, he came home early one Friday night about 9:30. His wife asked him how come he was home early. He told her, "You need to pack your bags and go to Herb's house, I lost you to him in the card game tonight."
His wife became furious and started to give him hell. She said, "Just how could you do such a thing!?"
He replied, "It was the hardest thing I ever done... I had to fold with four aces."

An older, white haired man walked into a jewelry store one Fridayevening with a beautiful young gal at his side.
He told the jeweler he was looking for a special ring for hisgirlfriend.
The jeweler looked through his stock and brought out a $5,000 ring andshowed it to him.
The old man said, "I don't think you understand, I want something veryspecial."
At that Statement, the jeweler went to his special stock and broughtanother ring over.
"Here's a stunning ring at only $40,000," the jeweler said. The younglady's eyes sparkled and her whole body trembled with excitement.
The old man seeing this said, "We'll take it."
The jeweler asked how payment would be made and the old man stated, bycheck. "I know you need to make sure my check is good, so I'll write itnow and you can call the bank Monday to verify the funds and I'll pickthe ring up Monday afternoon," he said.
Monday morning, a very teed-off jeweler phoned the old man. "There's nomoney in that account."
"I know," said the old man, "but can you imagine the weekend I had?"
Don't mess with Old People. 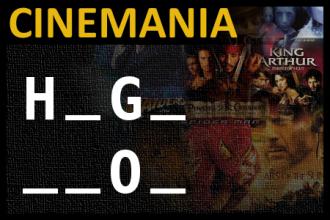 A marshall, personally compelled to face a returning deadly enemy, finds that his own town refuses to help him. Film was made in 1952.
CHECK ANSWER
Brain Teasers, puzzles, riddles, mathematical problems, mastermind, cinemania...

Drink on Friday the thirteenth

“Is it unlucky to drink on Friday the thirteenth, or is it merely stuporstition?”

A Penney For Your Thoughts

"I heard JC Penney was opening even earlier for Black Friday this year!"
"Really, when?"
"Halloween."

Monsters are not good at math.... Unless you Count Dracula.

I would tell a joke about pzza, but its too cheesy

I gave away all my batteries today ... free of charge

I got a universal remote for Christmas ... well this changes everything

I had a joke about construction, but im still working on it

Did u get a haircut? No i cut them all out

Dracula doesnt have many friends because hese a pain in the neck.

I stayed up all night wondering where the Sun had gone. Then it dawned on me.

What did the sushi say to the bumble bee? Wasabi

I asked dad for his best dad joke, he said you.


The other day I was eating in an Italian restaurant when I accidentally spilled some spaghetti sauce on my favorite white sweater.
I wasn't too distressed, though, because Mr. Wong down on High Street has been doing my laundry for years, and I knew that he could remove just about any stain and get it out like it'd never been there.
So I took the sweater down to Wong's Laundry and dropped it off; Mr. Wong said he'd probably be able to have it cleaned by Thursday. So on Thursday afternoon after work I stopped by Wong's again.
Mr. Wong looked quite distressed when he saw me. He brought out the sweater and, apologizing profusely, explained that somehow this stain was beyond even his power to expunge.
And sure enough, though fainter than before, there was still a distinct red stain on the sweater. In an attempt to make up for his failure, Mr. Wong offered to send the sweater to his brother across town, who had been in the laundry business for an even longer time, and who might have a clue as to the method of removal of this extraordinarily persistent stain.
The elder Wong brother would rush it through at no extra charge, and should have it looking as white and clean as new by Friday. So on Friday I went back to Wong's to pick up my sweater, but when I arrived, Mr. Wong regretfully informed me that his brother, too, had failed to remove the red blotch. "No charge," said Wong, "but you must take sweater elsewhere to clean.
The Moral: ... Two Wongs cannot make a white."

A Mexican is strolling down the street in Mexico City and kicks a bottle lying in the street. Suddenly out of the bottle comes a Genie.
The Mexican is stunned.
The Genie says,"Hello Master,I will grant you one wish, anything you want."
The Mexican begins thinking, "Well, I really like drinking tequila." Finally the Mexican says, "I wish to drink tequila whenever I want, so make me pee tequila."
The Genie grants him his wish.
When the Mexican gets home, he gets a glass out of the cupboard and pees in it. He looks at the glass and it's clear...looks like tequila. Then smells the liquid...smells like tequila. So he takes a taste, and it is the best tequila he has ever tasted.
The Mexican yells to his wife, "Consuelo, Consuelo, come quickly!"
She comes running down the hall, and the Mexican takes another glass out of the cupboard and fills it. He tells her to drink it. It is tequila.
Consuelo is reluctant but goes ahead and takes a sip. It is the best tequila she has ever tasted. The two drank and partied all night.
The next night the Mexican comes home from work and tells his wife to get two glasses out of the cupboard. He proceeds to fill the two glasses. The result is the same. The tequila is excellent, and the couple drinks until the sun comes up.
Finally, Friday night comes and the Mexican comes home from work and tells his wife, "Consuelo, grab one glass from the cupboard and we will drink Tequila." His wife gets the glass from the cupboard and sets it on the table.
The Mexican begins to fill the glass; and when he fills it, his wife asks him, "But Pancho, why do we need only one glass?"
Pancho raises the glass and says, "BECAUSE TONIGHT, MI AMOR, YOU DRINK FROM THE BOTTLE."
ARRIBA!!!!!!! ARRIBA!!!!!!!!
#joke #friday
Joke | Source: Joke of the Day - Jokes served hot and fresh daily.