Differences Between You and Your Boss

When you don't do it, you're lazy.
When your boss doesn't do it, he's too busy.

When you make a mistake, you're an idiot.
When your boss makes a mistake, he's only human.

When doing something without being told, you're overstepping your authority.
When your boss does the same thing, that's initiative.

When you take a stand, you're being pig-headed.
When your boss does it, he's being firm.

When you overlooked a rule of etiquette, you're being rude.
When your boss skips a few rules, he's being original.

When you apply for leave, you must be going for an interview.
When your boss applies for leave, it's because he's overworked.


"Where will you spend eternity: Smoking or Non-smoking?"

An Indian politician went to t...

An Indian politician went to the US to visit his counterpart. When the senator invited him home for dinner, the minister was very impressed by the lavish mansion, grounds and the costly furnishings.

Some time later, he had occasion to pay a return visit. The Indian minister lavished hospitality on him. When they came to his house, the American was stunned by the huge palace the minister had built, glittering with precious art, hundreds of servants et "How can you possibly afford this on your salary?," he asked.

The minister called him to the window.
"See the river over there?"
"Sure," cried the senator.
"Can you see the bridge over it?"
The senator looked, was confused, peered closely an No, I don't see any bridge.
"100 percent," said the minister !!


#joke
Joke | Source: Dos santos online - Not joke related site, but with joke of the day

Customer: Do you have and cock...

Customer: Do you have and cockroaches?

Clerk: Yes we sell them to the fisherman.

Clerk: What would you want with 20,000 cockroaches?

Customer: IÂ’m moving tomorrow and my lease says I must leave my apartment in the condition in which I found it.
#joke

Helium was up, feathers were down.
Paper was stationary.
Fluorescent tubing was dimmed in light trading.
Knives were up sharply.
Cows steered into a bull market.
Pencils lost a few points.
Hiking equipment was trailing.
Elevators rose, while escalators continued their slow decline.
Weights were up in heavy trading.
Light switches were off.
Mining equipment hit rock bottom.
Diapers remained unchanged.
Shipping lines stayed at an even keel.
The market for raisins dried up.
Coca Cola fizzled.
Caterpillar stock inched up a bit.
Sun peaked at midday.
Balloon prices were inflated.
Scott Tissue touched a new bottom.
And batteries exploded in an attempt to recharge the market
#joke
Joke

A man walked into a ther...

A man walked into a therapist's office looking very depressed, "Doc, you've got to help me. I can't go on like this." "What's the problem?" the doctor inquired. "Well, I'm 35 years old and I still have no luck with the ladies. No matter how hard I try, I just seem to scare them away."

"My friend, this is not a serious problem. You just need to work on your self-esteem. Each morning, I want you to get up and run to the bathroom mirror. Tell yourself that you are a good person, a fun person, and an attractive person. But say it with real conviction. Within a week you'll have women buzzing all around you." The man seemed content with this advice and walked out of the office a bit excited.

Three weeks later he returned with the same downtrodden expression on his face. "Did my advice not work?" asked the doctor. "It worked alright. For the past several weeks I've enjoyed some of the best moments in my life with the most fabulous looking women." "So, what's your problem?" 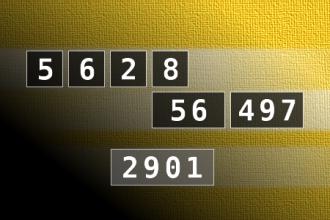 Two fonts walk into a bar. The bartender says to them, "Get out! We don't serve your type in here."
#joke #short
Joke | Source: Click The City - Philippine's Leading Lifestyle and Entertainment Guide.

Tied In An Election


The following is supposedly a true story. To be included, besides being true, the story is most likely strange, weird, surprising, or funny.

Richard Kyle won his Arizona House seat in November more easily than he had won the Republican primary in September. He and his primary opponent, John Gaylord, had tied and had agreed to settle things with one hand of five-card stud dealt by the speaker of the Arizona House.

Kyle's pair of sevens put him into the general election.

Ralph and Edna were both patients in a mental hospital.

One day while they were walking past the hospital swimming pool, Ralph suddenly jumped into the deep end. He sank to the bottom of the pool and stayed there. Edna promptly jumped in to save him. She swam to the bottom and pulled Ralph out.

When the Head Nurse became aware of Edna's heroic act she immediately ordered her to be discharged from the hospital, as she now considered her to be mentally stable.

When she went to tell Edna the news she said, "Edna, I have good news and bad news. The good news is you're being discharged; since you were able to rationally respond to a crisis by jumping in and saving the life of another patient, I have concluded that your act displays sound mindedness. The bad news is, Ralph, the patient you saved, hung himself with his bathrobe belt in the bathroom. I am so sorry, but he's dead."

Edna replied "He didn't hang himself. I put him there to dry. How soon can I go home?"