The preacher buys a parrot

A preacher is buying a parrot.

"Are you sure it doesn't scream, yell, or swear?" asked the preacher.

"Oh absolutely. It's a religious parrot," the storekeeper assures him.

"Wonderful!" says the preacher, "but what happens if you pull both strings?"

"I fall off my perch, you stupid fool!" screeched the parrot.

Q: What do you do if a blonde throws a grenade at you?
A: Pull the pin and throw it back.
#joke #short #blonde
Joke | Source: Comedy.com - The World Famous Comedy.com Daily Joke!

A lion woke up one morning ...

A lion woke up one morning feeling really rowdy and mean. He went out and cornered a small monkey and roared, "Who is mightiest of all jungle animals?"
The trembling monkey says, "You are, mighty lion
"Later, the lion confronts a wildebeest and fiercely bellows, "Who is the mightiest of all jungle animals?"
The terrified wildebeest stammers, "Oh great lion, you are by far the mightiest animal in the jungle!"
On a roll now, the lion swaggers up to an elephant and roars, "Who is the mightiest of all jungle animals?"
Fast as lightning, the elephant snatches up the lion with his trunk, slams him against a tree half a dozen times, making the lion feeling like it'd been run over by a safari wagon.
The elephant then stomped on the lion until it looked like a corn tortilla and then ambled away.
The lion let out a moan of pain, lifted his head weakly and hollered after the elephant, "Geez, just because you don't know the answer, you don't have to get so pissed off!"

This guy was climbing a tree when suddenly he slipped. He grabbed at a branch and was hanging in mid air. After an hour, he felt himself getting exhausted and looked up to the heavens and cried out: "God, help me! Please, help me!"
All of a sudden the clouds parted and a voice boomed out from on high. "Let Go!" said the voice.
The guy paused, looked up at heaven once more, and said: "Is there anyone else up there?"

A priest and a taxi driver bot...

A priest and a taxi driver both died and went to heaven. St. Peter was at the Pearly gates waiting for them.

'Come with me', said St. Peter to the taxi driver.

The taxi driver did as he was told and followed St. Peter to a mansion. It had anything you could imagine from a bowling alley to an Olympic size pool.

Next, St. Peter led the priest to a rugged old shack with a bunk bed and a little old television set.

'Wait, I think you are a little mixed up', said the priest. 'Shouldn't I be the one who gets the mansion? After all I was a priest, went to church every day, and preached God's word.'

'Yes, that's true. But during your sermons people slept. When the taxi driver drove, everyone prayed!'
#joke
Joke | Source: Jokes of the day - Used to be Joke rating machine, but this site is dead 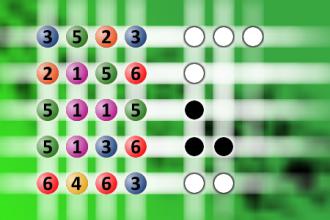 After hearing about this extravagant gift, a friend of his said, "I thought she wanted one of those new sports cars."

"She did," he replied, "but where the heck was I going to find a fake convertible?"

A teacher asks the new student her name. The girl replies, Happy Butt.
The teacher says, I dont think thats your name. You need to go to the principals office and get this straightened out.
The girl goes to the principals office and he asks, Whats your name? The little girl says, Happy Butt.
The principal calls the girls mother to get the truth. After getting off the phone, he says, Honey, your name is Gladys, not Happy Butt.
The girl exclaims, Glad Ass -- Happy Butt -- whats the difference?
#joke
Joke | Source: Comedy Central: Jokes - Jokes provided daily from Comedy Central's archive.

What has one foot and four legs?
A bed


Joke | Old joke from joke of the day archives - Check out other old jokes Sunday, 21 September 2008