A police officer sees a man driving around with a pickup truck full of penguins. He pulls the guy over and says, "You can't drive around with penguins in this town! Take them to the zoo immediately."
The guy says okay, and drives away. The next day, the officer sees the guy still driving around with the truck full of penguins -- and they're all wearing sunglasses. He pulls the guy over and demands, "I thought I told you to take these penguins to the zoo yesterday?"
The guy replies, "I did. Today I'm taking them to the beach!"
#joke
Joke | Source: A joke a day - Free Jokes of the Day Clean Funny Jokes via Email, Humor and Entertainment

A young country vet finally manages to convince a farmer the virtues of artificial insemination. On the day of the operation, the vet was curious when the farmer hammers a hook onto a nearby beam of the barn.

When asked, the farmer replied, "Err, this is for you to hang your pants on."
#joke #short
Joke | Source: Jokes of the day - Used to be Joke rating machine, but this site is dead Ninjas, They’re Everywhere | Source : This is Photobomb - Photojackers of the World Unite!

Best room in the hotel?


The Top 10 Reasons Not To Stay in West Virginia 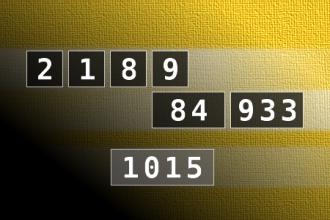 Q: Diner: I can't eat this chicken. Call the manager.

Q: Which side of a chicken has the most feathers?

Q: What do you get when you cross a parrot with a centipede?

A: A walkie-talkie, of course.

Q: Have you heard of that disease that you get from kissing birds?

Q: Why don't they play poker in the jungle?

A: Too many cheetahs.

Q: What is the difference between a cat and a comma?

A: One has the paws before the claws and the other has the clause before the pause.

Q: Where do dogs go when they lose their tails?

A: To the retail store.

Jeff Mac: Re-Released Into the Wild

I was in a relationship for like eight-and-a-half years, and then I was re-released into the wild not too long ago. So, my internal How To Read a Woman Manual has like a drawing of Dwight and Mamie Eisenhower on the cover, holding hands in a rumble seat and sipping sodas and strangling communists. And Im just waiting until I can unzip my pants and find a family of raccoons living down there.
#joke
Joke | Source: Comedy Central: Jokes - Jokes provided daily from Comedy Central's archive.

A Texan farmer goes to Australia for a vacation. There he meets an Aussie farmer and gets talking. The Aussie shows off his big wheat field and the Texan says, "Oh! We have wheat fields that are at least twice as large".
Then they walk around the ranch a little, and the Aussie shows off his herd of cattle. The Texan immediately says, " We have longhorns that are at least twice as large as your cows".
The conversation has, meanwhile, almost died when the Texan sees a herd of kangaroos hopping through the field. He asked, "And what are those"?
The Aussie replies with an incredulous look, "Don't you have any grasshoppers in Texas"?
#joke
Joke | Old joke from joke of the day archives - Check out other old jokes Thursday, 14 May 2009

These two men were cellmates at state penitentiary for nine years. One day Larry said to Joe, "You know man its been a long time since we had some sex so you oughta let me fuck you."

"Are you crazy?!!" Larry went on to say, "I promise you that it won't hurt and we'll flip a coin and see who fucks, who first. So, Joe thought about it for a minute and finally agreed. They flipped a coin and Larry won. Still having strong reservation Joe asked, "How will you tell if it hurts or not?"

Larry told Joe, "If it hurts you start making animal noises, and I'll stop. But if it feels good start singing."


"When the Church ruled the World it was called the Dark Ages."

Two guys and a union worker were fishing on a lake one day, when Jesus walked across the water and joined them in the boat. When the three astonished men had settled down enough to speak, the first guy asked, humbly, "Jesus, I've suffered from back pain ever since I took shrapnel in the Vietnam War...could you help me?"

"Of course, my son," Jesus said, and when he touched the man's back, he felt relief for the first time in years.

The second man, who wore very thick glasses and had a hard time reading and driving, asked if Jesus could do anything about his eyesight.

Jesus smiled, removed the man's glasses and tossed them in the lake. When they hit the water, the man's eyes cleared, and he could see everything distinctly.

When Jesus turned to heal the union worker, the guy put his hands up and cried, defensively, "DON'T TOUCH ME! I'm on long-term disability!"