Three dreams of a man:
To be as handsome as his mother thinks.
To be as rich as his child believes.
To have as many women as his wife suspects...

"Hi Mom, How are you?"
"Hi Sally, where are you? I thought you were with your father at the Ace Hardware"
"Yeah we were, but I got arrested, and they've let me make one phone call"
"What happened?"
"Oh, I punched this African-American woman in the head."
"What on earth ~ why did you do that ?????"
"Well it wasn't my fault.Dad told me to find a Black & Decker ."

Funny Photo of the day - ANDROID A man walks into a railway sta...

A man walks into a railway station. He walks up to the ticket window and says "(sniff) Fird clad redurn to Nodingham pleade (sniff)".

The ticket bloke says "You know what you need.. you need Tunes".

"Why" says the man... "Will id cure Cereble Palsdsy"?
#joke #short
Joke | Source: Jokes of the day - Used to be Joke rating machine, but this site is dead

The teacher of the Earth Science class was lecturing on map reading.

He spent the class explaining about latitude, longitude, degrees, and minutes. Towards the end of class, the teacher asked his students, "Suppose I asked you to meet me for lunch at 23 degrees, 4 minutes north latitude and 45 degrees, 15 minutes east longitude..."

A student's voice broke the confused silence, and volunteered, "I guess you'd be eating alone, sir." 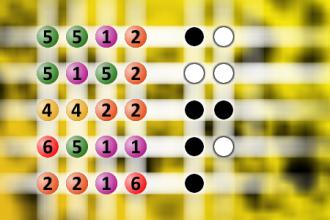 
The Night Before Christmas
A festive holiday poem by Hugh Drumm & Vincent Ambrose
'Twas the night before Christmas, when all through the Net,
There were hacker's a surfing. Nerds? Yeah, you bet.
The e-mails were stacked by the modem with care,
In hopes that St. Nicholas soon would be there.
The newbies were nestled all snug by their screens,
While visions of Java danced in their dreams.
My wife on the sofa and me with a snack,
We just settled down at my rig (it's a Mac).
When out in the Web there arose such a clatter,
I jumped to the site to see what was the matter.
To a new page my Mac flew like a flash,
Then made a slight gurgle. It started to crash!!
I gasped at the thought and started to grouse,
Then turned my head sideways and clicked on my mouse.
When what to my wondering eyes should appear,
My Mac jumped to a page that wasn't quite clear.
When the image resolved, so bright and so quick,
I knew in a moment it must be St. Nick!
More rapid than mainframes, more graphics they came,
Then Nick glanced toward my screen, my Mac called them by name;
"Now Compaq! Now Acer!", my speaker did reel;
"On Apple! On Gateway!" Santa started to squeal!
"Jump onto the circuits! And into the chip!
Now speed it up! Speed it up! Make this thing hip!"
The screen gave a flicker, he was into my RAM,
Then into my room rose a full hologram!
He was dressed in all red, from his head to his shoes,
Which were black (the white socks he really should lose).
He pulled out some discs he had stored in his backpack.
Santa looked like a dude who was rarin' to hack!
His eyes, how they twinkled! His glasses, how techno!
This ain't the same Santa that I used to know!
With a wink of his eye and a nod of his head,
Santa soon let me know I had nothing to dread.
He spoke not a word, gave my Mac a quick poke,
And accessed my C drive with only a stroke.
He defragged my hard drive, and added a DIMM,
Then threw in some cool games, just on a whim!
He worked without noise, his fingers they flew!
He distorted some pictures with Kai's Power Goo!
He updated Office, Excel and Quicken,
Then added a screensaver with a red clucking chicken!
My eyes widened a bit, my mouth stood agape,
As he added the latest version of Netscape.
The drive gave a whirl, as if it were pleased,
St. Nick coyly smiled, the computer appeased.
Then placing his finger on the bridge of his nose,
Santa turned into nothing but ones and zeros!
He flew back into my screen and through my uplink,
Back into the net with barely a blink.
But I heard his sweet voice as he flew from my sight,
"Happy surfing to all, and to all a good byte!"

Olga, the Danish chambermaid at the Catskill mountain hotel, was constantly being chased by Hirshberg, one of the guests. Every time he got near her, she ran away from him.

One day he grabbed the pretty Dane and whispered his sexual request in her ear.

To his amazement, she agreed to meet him in his room that night.

"If you're willing," said the man, "why did you keep running away from me?"

"Well," said the Danish girl, "all time I tink you vant extra towel!"

Every girl either has blonde hair with black streaks or black hair with blonde streaks. Which, either way, says: I dont have a gag reflex.
#joke #short #blonde
Joke | Source: Comedy Central: Jokes - Jokes provided daily from Comedy Central's archive.

After making love, the woman s...

After making love, the woman said the man, "So, you're a doctor?"
"That's right," replied the doctor smugly. "Betcha don't know what kind of doctor."
"Ummm...I'd say that you're an anesthesiologist."
"Yep, that's right! Good guess! How did you know?" asked the guy.
"Because throughout the entire procedure, I didn't feel a thing.
#joke #doctor
Joke | Old joke from joke of the day archives - Check out other old jokes Wednesday, 17 March 2010

Some favorite messages spotted on church signs or billboards, submitted by Beliefnet members:
-Fire Insurance Inside
-This Church Is Prayer Conditioned
-God Answers Knee Mail
-PRAY NOW! Avoid Christmas Rush!
-Sign broken, come inside for message
-This is a ch--ch. What's missing? U R!
-Stop in the name of love and meet the Supreme
-Wal-Mart's not the only savings place
-The best position is on your knees!


"I am not part of the problem. I am a Democrat."
-- Vice President Al Gore

"A low voter turnout is an indication of fewer people going to the polls."
-- Vice President Al Gore

"Illegitimacy is something we should talk about in terms of not having it."
-- Vice President Al Gore, 5/20/996

"Democrats understand the importance of bondage between a mother and child."
-- Vice President Al Gore

"Mars is essentially in the same orbit... Mars is somewhat the same distance from the Sun, which is very important. We have seen pictures where there are canals, we believe, and water. If there is water, that means there is oxygen. If oxygen, that means we can breathe."
-- Vice President Al Gore

"What a waste it is to lose one's mind. Or not to have a mind is being very wasteful. How true that is."
-- Vice President Al Gore

"People that are really very weird can get into sensitive positions and have tremendous impact on history."
-- Vice President Al Gore
(Ed note. Hmmmm, anyone in particular come to mind?)

"The American people would not want to know of any misquotes that Al Gore may or may not make."
-- Vice President Al Gore

Is Gilligan the Devil?

Years ago, CBS had a popular little series called

"Gilligan's Island." There is, however, a dark secret about

this "comedy" you may never have realized. The island is a

Nobody on the island wants to be there, yet none are able to

obsessed with her looks, and is a borderline nymphomaniac.

Mary Ann represents ENVY - she is jealous of Ginger's

The Professor represents PRIDE - he is an annoying

Mrs. Howell represents SLOTH - she has never lifted a finger

to help on any of their escape plans.

explanation needed and ANGER - he violently hits Gilligan on

This leaves Gilligan. Gilligan is the person who put them

there. He prevents them from leaving by foiling all of their

escape plots. Also, it is HIS island. Therefore, Gilligan is

Crazy? He does wear red in every episode.