A: A box of Quakers.

Bubba and Johnny Ray, two good ole boys from North Carolina, were sitting' on the front porch drinking beer when a large truck hauling rolls and rolls of sod went by.
"I'm gonna do that when I win the lottery," said Bubba.
"Do what?" asked Johnny Ray.
"Send my grass out to be mowed," answered Bubba.

A young boy had just gotten his driving permit. He asked his father, who was a minister, if they could discuss the use of the car. His father took him to his study and said to him, "I'll make a deal with you. You bring your grades up, study your Bible a little and get your hair cut and we'll talk about it." After about a month the boy came back and again asked his father if they could discuss use of the car. They again went to the father's study where his father said, "Son, I've been real proud of you. You have brought your grades up, you've studied your Bible diligently, but you didn't get your hair cut!"
The young man waited a moment and replied, "You know Dad, I've been thinking about that. Samson had long hair, Moses had long hair, Noah had long hair, and even Jesus had long hair...."
To which his father replied, "Yes, and they walked everywhere they went!" A businessman was in a great deal of trouble. His business was failing, he had put everything he had into the business, he owed everybody-- it was so bad he was even contemplating suicide. As a last resort he went to a priest and poured out his story of tears and woe.

When he had finished, the priest said, "Here's what I want you to do: Put a beach chair and your Bible in your car and drive down to the beach. Take the beach chair and the Bible to the water's edge, sit down in the beach chair, and put the Bible in your lap. Open the Bible; the wind will rifle the pages, but finally the open Bible will come to rest on a page. Look down at the page and read the first thing you see. That will be your answer, that will tell you what to do."

A year later the businessman went back to the priest and brought his wife and children with him. The man was in a new custom-tailored suit, his wife in a mink coat, the children shining. The businessman pulled an envelope stuffed with money out of his pocket, gave it to the priest as a donation in thanks for his advice.

The priest recognized the benefactor, and was curious. "You did as I suggested?" he asked.

"You went to the beach?"

"You sat in a beach chair with the Bible in your lap?"

"You let the pages rifle until they stopped?"

"And what were the first words you saw?"

the street. However, the boy is very small and the doorbell

is too high for him to reach.

After watching the boys efforts for some time, the priest

moves closer to the boy's position. He steps smartly across

the street, walks up behind the little fellow and, placing

his hand kindly on the child's shoulder leans over and gives

the doorbell a sold ring. Crouching down to the child's

level, the priest smiles benevolently and asks, "And now

what, my little man?"

To which the boy replies, "Now we run!" 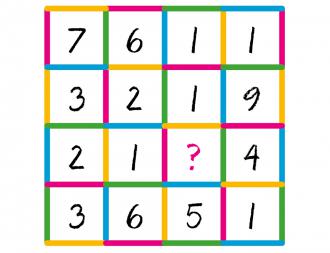 Why Dogs Are Better Than Kids

It doesn't take 45 minutes to get a dog ready to go outside in the winter.

You don't need to get extra phone lines for a dog.

Dogs don't pester you about getting a kid.

Dogs don't care if the peas have been touched by the mashed potatoes.

Dogs are housebroken by the time they are 12 weeks old.

Your dog is not embarrassed if you sing in public.

Average cost of sending a dog to school: $42

The chief export of Chuck Norr...

A Handicap parking sign does not signify that this spot is for handicapped people. It is actually in fact a warning, that the spot belongs to Chuck Norris and that you will be handicapped if you park there.
#joke #short #chucknorris
Joke | Old joke from joke of the day archives - Check out other old jokes Wednesday, 22 June 2011