My wife asked me to buy ORGANIC vegetables from the market. I went and looked around and couldn't find any.
So I grabbed an old, tired looking employee and said, "These vegetables are for my wife. Have they been sprayed with any poisonous chemicals?" "The produce guy looked at me and said, "No. You'll have to do that yourself."

The French will eat almost anything. A young cook, Jean Luc, decided that the French would enjoy feasting on rabbits and decided to raise rabbits in Paris and sell them to the finer restaurants in the city.
Jean Luc searched all over Paris seeking a suitable place to raise his rabbits. None could be found.
Finally, an old priest, Father Pierre, at the cathedral said he could have a small area behind the rectory for his rabbits. Jean Luc successfully raised a number of them, and when he went about Paris selling them.
One restaurant owner asked him where he got such fresh rabbits. Jean Luc replied with a smile, 'I raise them myself, near the cathedral. In fact, I have ... a hutch back of Notre Dame.'
#joke
Joke | Source: Really Funny Jokes - Really Funny jokes, adult jokes, Good jokes, short funny jokes, teacher jokes, affair jokes, kids jokes, doctor jokes, funny pictures

A couple, desperate to conceive a child, went to their priest and asked him to pray for them. "I'm going on a sabbatical to Rome," he replied, "and while I'm there, I'll light a candle for you."

When the priest returned three years later, he went to the couple's house and found the wife pregnant, busily attending to two sets of twins. Elated, the priest asked her where her husband was so that he could congratulate him.

"He's gone to Rome, to blow that candle out" came the harried reply.

A couple, desperate to conceive a child, went to their priest and asked him to pray for them. "I'm going on a sabbatical to Rome," he replied, "and while I'm there, I'll light a candle for you."
When the priest returned three years later, he went to the couple's house and found the wife pregnant, busily attending to two sets of twins. Elated, the priest asked her where her husband was so that he could congratulate him.
"He's gone to Rome, to blow that candle out" came the harried reply.
#joke
Joke | Source: A joke a day - Free Jokes of the Day Clean Funny Jokes via Email, Humor and Entertainment

Funny Photo of the day - Topless sledging in soviet russia

Topless sledging in soviet russia - Doing it wrong! | Source : Jokes of The Day - By Jokes of the day visitor

He's a pretty hip guy with his own car. When he goes to the front door, the girl's father answers and invites him in.

"Carrie's not ready yet, so why don't you have a seat?" he says.

Carrie's father asks Bobby what they're planning to do.

Bobby replies politely that they will probably just go to the soda shop or a movie.

Carrie's father responds, "Why don't you two go out and screw? I hear all the kids are doing it."

Naturally, this comes as quite a surprise to Bobby, so he asks Carrie's dad to repeat it.

Well, this just made Bobby's eyes light up, and his plan for the evening was beginning to look pretty good.

A few minutes later, Carrie comes downstairs in her little poodle skirt and announces that she's ready to go.

Almost breathless with anticipation, Bobby escorts his date out the front door.

About 20 minutes later, Carrie rushes back into the house, slams the door behind her, and screams at her father, "DARN IT, DADDY! IT'S CALLED THE TWIST!" 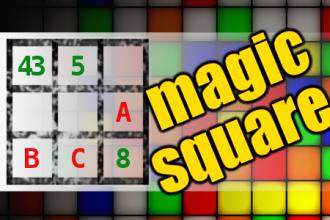 
An aging man lived alone in Ireland. His only son was in Long Kesh Prison, and he didn't know anyone who would spade up his potato garden. The old man wrote to his son about it, and received this reply, "For HEAVENS SAKE, don't dig up that garden, that's where I buried the GUNS!!!!!" At 4 A.M. the next morning, a dozen British soldiers showed up and dug up the entire garden, but didn't find any guns. Confused, the man wrote to his son telling him what happened and asking him what to do next.
His son's reply was: "Just plant your potatoes."

A ventriloquist is telling Irish jokes in a pub, when an irate Irishman stands up : "You're making' out we're all dumb and stupid. I oughtta punch you in the nose."
"I'm sorry sir, I..."
"Not you," says the Irishman, "I'm talking to that little fella on your knee."