Guy in a bar playing pool has a pet monkey. Monkey jumps onto the table, grabs the cue ball and stuffs it into his mouth and swallows it. Bartender freaks and starts yelling about how much cue balls cost , etc. The guy tries to calm him down and tells him the monkey will pass it in the next day or so and he'll wash it off real well and bring it back.
Sure enough the guy and the monkey come back into the bar and gave the bartender his cue ball back. Meanwhile the monkey reaches into the peanut bowl, grabs a nut, sticks it in his butt--then eats it. The bartender stares at the monkey who continues to repeat this action again and again. So he asks the guy, "what's up with that?"
"What?"
"your monkey keeps grabbing peanuts one at a time and sticking them in his butt then eating them."
"Oh, that---well, ever since the pool ball incident, he has to measure everything before he eats it."

The 94-year-old hollers back, "I don't know, I'll come up to see." She starts up the stairs and stops. She shouts, "Was I going up or going down?"

The 92-year-old is sitting at the kitchen table having tea, listening to her sisters. She shakes her head and says, "I sure hope I never get that forgetful", and knocks on wood for good measure. Then she yells, "I'll come up and help both of you as soon as I see who's at the door."
#joke
Joke | Source: Florida Dude - Welcome To The Beach - new jokes every day

Two tourists were driving through Wisconsin. As they were approaching Oconomowoc, they started arguing about the pronunciation of the town's name. They argued back and forth until they stopped for lunch.
As they stood at the counter, one tourist asked the blonde employee, "Before we order, could you please settle an argument for us? Would you please pronounce where we are... very slowly?"
The blonde girl leaned over the counter and said, "Burrrrrr, gerrrrrr, Kiiiing."

“Claustrophobic people are more productive thinking outside the box.” 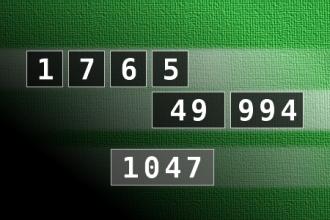 Three sisters, ages 92, 94, and 96, live together. One night the 96-year-0ld draws a bath. She puts one foot in and pauses. "Was I getting in the tub or out?" she yells.
The 94-year-old hollers back, "I don't know, I'll come up to see." She starts up the stairs and stops. She shouts, "Was I going up or going down?"
The 92-year-old is sitting at the kitchen table having tea, listening to her sisters. She shakes her head and says, "I sure hope I never get that forgetful", and knocks on wood for good measure. Then she yells, "I'll come up and help both of you as soon as I see who's at the door."

A chicken and an egg are lying

A chicken and an egg are lying in bed.
The chicken is leaning against the headboard smoking a cigarette,with a satisfied smile on its face. The egg, looking a bit pissedoff, grabs the sheet, rolls over, and says,
"Well, I guess we finally answered THAT question!"

Things you don't want to hear from tech support...

'Do you have a sledgehammer or a brick handy?'

'We can fix this, but you're gonna need a butter knife, a roll of duct tape, and a car battery.'

'In layman's terms, we call that the Hindenburg Effect.'


Why did cavemen draw pictures of hippopotamuses and rhinoceroses on their walls?
Because they couldn't spell their names!

What is the noisiest game?
Squash - because you can't play it without raising a racquet!

Where do flies go in winter?
To the glass foundry to be turned into bluebottles!

Why did the king go to the dentist?
To get his teeth crowned!
"Tell me" said the tourist to the local yokel. "Will this path take me to the main road?"
"No sir!", replied the man. "You'll have to go by yourself!"
Why are you covered in bruises?
I started to walk through a revolving door and I changed my mind!

How do you prevent a Summer cold?
Catch it in the Winter!

A guy and his son go into a bar. The son is just a head though. The man asks the bartender for two shots. The man takes one shot and gives the other one to his son. The son swallows down the drink and out pops an arm.

The man thought,''Hey this is good.'' So he asks for two more shots. He drinks one and gives the other to his son again, and out pops another arm.

The man the asks for a double and gives it to his son. The son throws it down and suddenly explodes.

The bartender looks over at the man and says,'' Looks like he should have quit while he was ahead.'

What do lawyers use as contrac

What do lawyers use as contraceptives? Their personalities.
#joke #short #lawyer
Joke | Source: Laugh Factory Network - Watch our huge library of the best stand-up comedy videos, get information on our stand-up comedians, read our joke of the day

Q: Why did the cat go to the hospital?

A: To have a CAT scan done.