Little Johnny walks into his d

Calvinists believe the game is fixed.
Lutherans believe they can't win, but trust the Scorekeeper.
Quakers won't swing.
Unitarians can catch anything.
Amish walk a lot.
Pagans sacrifice.
Jehovah's Witnesses are thrown out often.
Televangelists get caught stealing.
Episcopalians pass the plate.
Evangelicals make effective pitches.
Fundamentalists balk.
Adventists have a seventh-inning stretch.
Atheists refuse to have an Umpire.
Baptists want to play hardball.
Premillenialists expect the game to be called soon on account of darkness.
The Pope claims never to have committed an error.
#joke
Joke | Source: Belief net - Joke of the day, features on religion, spirituality, faith

Funny video of the day - Watch where seating!

Watch where seating! - link to page video is posted initially.

A guy is reading his paper whe

This woman rushed to see her doctor, looking very much worried and all strung out. She rattles off: Doctor, take a look at me. When I woke up this morning, I looked at myself in the mirror and saw my hair all wiry and frazzled up, my skin was all wrinkled and pasty, my eyes were bloodshot and bugging out, and I had this corpse-like look on my face! What's WRONG with me, Doctor!?

The doctor looks her over for a couple of minutes, then calmly says: Well, I can tell you that there is nothing wrong with your eyesight....

Funny Photo of the day - Police in action Police in action | Source : Jokes of The Day - By Jokes of the day visitor


A man walked into a therapist's office looking very depressed. "Doc, you've got to help me. I can't go on like this."
"What's the problem?" the docotor inquired.
"Well, I'm 35 years old and I still have no luck with the ladies. No matter how hard I try, I just seem to scare them away."
"My friend, this is not a serious problem. You just need to work on your self-esteem. Each morning, I want you to get up and run to the bathroom mirror. Tell yourself that you are a good person, a fun person, and an attractive person. But say it with real conviction. Within a week you'll have women buzzing all around you."
The man seemed content with this advice and walked out of the office a bit excited. Three weeks later he returned with the same downtrodden expression on his face.
"Did my advice not work?" asked the doctor.
"It worked alright. For the past several weeks I've enjoyed some of the best moments in my life with the most fabulous looking women."
"So, what's your problem?"
"I don't have a problem," the man replied. "My wife does."

A man walks into a pharmacy, buys a condom, then walks out of the store laughing hysterically.

The pharmacist thinks this is weird, but, hey, there's no law preventing weird people from buying condoms. Who knows, maybe it's a good thing.

The next day, the same man comes back to the store, purchases yet another condom, and once again he leaves the store laughing wildly.

This piques the interest of the pharmacist. "What's could be so funny about buying a condom, anyway?"

So he tells his clerk "If this guy ever comes back, I want you to follow him to see where he goes."

Sure enough, the next day the same man is back, he buys the condom, and again starts cracking up with laughter, then leaves.

The pharmacist tells his clerk, go follow the guy. About an hour later, the clerk comes back to the store. "Did you follow him? Where did he go?" asks the pharmacist. The clerk replies "Your house." 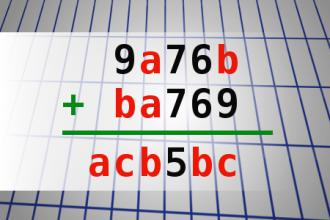 A man goes to a pet shop and b

A man goes to a pet shop and buys a talking parrot. He takes the parrot home and tries to teach the parrot how to say a few things, but instead, the parrot just swears at him. After a few hours of trying to teach the bird, the man finally says, "If you don't stop swearing, I'm going to put you in the freezer as punishment." The parrot continues, so finally the man puts the bird in the freezer. About an hour later, the parrot asks the man to please open the door. As the man takes the shivering bird out of the freezer, it says, "I promise to never swear again. Just tell me what that turkey did!"
#joke
Joke | Source: Laugh Factory Network - Watch our huge library of the best stand-up comedy videos, get information on our stand-up comedians, read our joke of the day

“These reversing cameras are great. Since I got one I haven't looked back.”

A man is dining in a fancy restaurant, and there is a gorgeous redhead sitting at the next table. He had been checking her out since he sat down, but lacked the nerve to talk with her.
Suddenly she sneezes and her glass eye comes flying out of its socket towards the man. He reflexively reaches out, grabs it out of the air, and hands it back.
"Oh my, I am so sorry," the woman says as she pops her eye back in place. "Let me buy you dessert to make it up to you."
They enjoy a wonderful dessert together, and afterwards, the woman invites him to the theater followed by drinks. After paying for everything, she asks him if he would like to come to her place for a nightcap...and stay for breakfast the next morning.
The next morning, she cooks a gourmet meal with all the trimmings. The guy is amazed! Everything has been incredible!
"You know," he said, "you are the perfect woman. Are you this nice to every guy you meet?"
"No," she replies...
... "You just happened to catch my eye

A chicken and an egg are lying

A chicken and an egg are lying in bed.
The chicken is leaning against the headboard smoking a cigarette,with a satisfied smile on its face. The egg, looking a bit pissedoff, grabs the sheet, rolls over, and says,
"Well, I guess we finally answered THAT question!"

Scientists have discovered a food that diminishes a woman's sex drive by up to 90%.

Nagasaki never had a bomb drop...

Nagasaki never had a bomb dropped on it. Chuck Norris jumped out of a plane and punched the ground.
#joke #short #chucknorris
Joke | Old joke from joke of the day archives - Check out other old jokes Monday, 27 June 2011

People think youre an idiot. I dont know where they get that idea. But when they hear my accent for the first time, I can tell theyre looking at me and theyre just waiting for me to say something like, What are shoes for?
#joke #short
Joke | Old joke from joke of the day archives - Check out other old jokes Sunday, 27 June 2010