Grand April Fools' Day pranks, as impressive as they are, require careful planning. And though massive, meticulously planned pranks certainly gets a rise out of unlucky prankees, it's the subtle pranks that pack the most surprise.
#joke #short #aprilfoolsday #prank
Joke | Source: Jokes of The Day - By Jokes of the day visitor

A wealthy man commissioned Pablo Picasso to paint a portrait of his wife. Startled by the nonrepresentational image on the final canvas, the woman's husband complained, "It isn't how she really looks."
When asked by the painter how she really looked, the man produced a photograph from his wallet.
Returning the photograph Pablo observed, "Small, isn't she?"

“I put my phone on vi

“I put my phone on vibrate. An hour later I finally got a text massage.”

Sister Mary Ann, who worked for a home health agency, was making her rounds. She was visiting homebound patients when she ran out of gas.
As luck would have it, a gas station was just a block away. She walked to the station to borrow a gas can and buy some gas. The attendant told her that the only gas can he owned had been loaned out, but she could wait until it was returned
Since Sister Mary Ann was on the way to see a patient, she decided not to wait and walked back to her car. She looked for something in her car that she could fill with gas and spotted the bedpan she was taking to the patient. Always resourceful, Sister Mary Ann carried the bedpan to the station, filled it with gasoline, and carried the full bedpan back to her car.
As she was pouring the gas into her tank, two Baptists watched from across the street. One of them turned to the other and said, “If it starts, I'm becoming Catholic.”
- Joke shared by Beliefnet member ShirleyGoodness
#joke
Joke | Source: Belief net - Joke of the day, features on religion, spirituality, faith God damnit tree - Stop pulling the blanket to you | Source : Jokes of The Day - By Jokes of the day visitor

Don't mess with a fat ba

Don't mess with a fat baby. Better instead to give him or her a wide birth.
#joke #short
Joke | Source: Pun Gents - Daily Jokes, One-liners, Groaners, Puns of the day :: Puns on Demand :: Punshine Girls and Boys!

At one point during a game, th 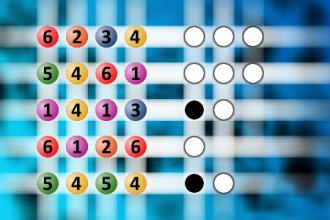 $chool i$ really great. I am making lot$ of friend$ and $tudying very hard. With all my $tuff, I $imply can't think of anything I need, $o if you like you can $end me a card, a$ I would love to hear from you.

I kNOw that astroNOmy, ecoNOmics, and oceaNOgraphy are eNOugh to keep even a hoNOr student busy. Do NOt forget that the pursuit of kNOwledge is a NOble task, and you can never study eNOugh.


"The fees for withdrawing money from your ATM machines are expected to double, even triple. You're gonna pay two to three as much to withdraw your money so basically the ATM machines have become full service. Instead of getting robbed at the ATM machine the ATM machine robs you. You eliminate the middle man." - Jay Leno

Customer : "What other colors do you have?"

I'm not calling you a slut, I

I'm not calling you a slut, I'm calling you a penny: two faced, worthless, and in everyone's pants.
#joke #short
Joke | Source: Laugh Factory Network - Watch our huge library of the best stand-up comedy videos, get information on our stand-up comedians, read our joke of the day

You are never too old

You are never too old
#joke #short
Joke

Confucius say, "When you are angry at neighbor, walk a mile in his shoes. Then you will be a mile away from him, and you will have his shoes!"

Lost on a rainy night, a nun stumbles across a monastery and requests shelter there. Fortunately, she's just in time for dinner and was treated to the best fish and chips she's ever had.
After dinner, she goes into the kitchen to thank the chefs.
She is met by two brothers, "Hello, I'm Brother Michael, and this is Brother Charles."
"I'm very pleased to meet you. I just wanted to thank you for a wonderful dinner. The fish and chips were the best I've ever tasted. Out of curiosity, who cooked what?"
Brother Charles replied, "Well, I'm the fish friar."
She turns the other brother and says, "Then you must be...?"
"Yes, I'm the chip monk."

Barman: Well, yes I have... I'm only interested - where will you take your cash from?
#joke #short
Joke | Old joke from joke of the day archives - Check out other old jokes Sunday, 14 March 2010

A blonde was driving down the ...

A blonde was driving down the road and she looks up and she sees a tree so she swerves to the left.
The tree is still nfront of her so she swerves to the right, this time her car rolls into the ditch.
When the Police Officer came to the scene of the accident the blonde told the Police Officer about the tree that was in front of her. The officer kindly explained that the tree was the green air freshener hanging off her rear view mirror.
#joke #blonde
Joke | Old joke from joke of the day archives - Check out other old jokes Saturday, 14 March 2009

Wading across the river...

Bill Clinton, Al Gore and George W. Bush died and found themselves standing on the other side of the Jordan River looking across at the Promised Land.

The Archangel Michael was standing on the other side and shouted over to the three surprised Americans, "Contrary to what you have been taught, each of you will have to wade across the Jordan River."

As Michael saw their perplexed looks, he assured them by saying, "Don't worry. You will sink only proportionally, according to your sins on earth. The more you have sinned, the more you will sink into the water."

The three American sages of political lore looked at one another, trying to determine who would be the first brave soul to cross the Jordan River.

Finally, George W. Bush volunteered to go first. Slowly he began to wade out into the river, and slowly the water began to get higher and higher, reaching to his waist. George began to sweat, thinking of all his sins that were coming back to haunt him. He was beginning to wonder if he would ever see the other side. Finally, after what seemed like an eternity, he began to emerge on the river's bank.

As he ascended to the other side, he looked behind him to see which one of the other brave souls was going next. A shock of surprise registered on his face, as he saw Al Gore almost in the middle of the river, and the water was only up to his ankles.

He turned to Michael and exclaimed, "I know Al Gore. Al Gore is a friend of mine, and he has sinned much, much more than that!"

Before the Archangel Michael could reply, Al Gore shouted back, "I'm standing on Clinton's shoulders!"