A salesman in a city he'd nev

A salesman in a city he'd never visited before was feeling horny and wanted release. He inquired for the address of a good house of ill repute. He was told to go to 22 Greek St. By mistake, he went to 42 Greek St, the office of a chiropodist.
Being met by a beautiful woman in a white uniform surprised but intrigued him. She directed him to an examining room and told him to uncover and someone would be with him soon. He loved the thought of the table and the reclining chair and was really getting aroused because of the strange and different approach this house offered.
Finally the doctor's assistant, a really gorgeous redhead entered and found him sitting in the chair with his generous member in his hand.
"My goodness", she exclaimed, "I was expecting to see a foot."
"Well," he said, "if you're going to complain about an inch then I'll take my business elsewhere."

When all the students in my sc

When all the students in my school got up and sang – things got really a Glee in a hurry.
#joke #short
Joke | Source: Pun Gents - Daily Jokes, One-liners, Groaners, Puns of the day :: Puns on Demand :: Punshine Girls and Boys!

Jim was startled to see the nonchalant way Jon was taking the fact that his lady love was seen with another man.

"You said you love her and yet you saw her with another man and you didn't knock the guy down?"

"Waiting for what?" asked Jim.

"Waiting to catch her with a smaller man."


Air Force One crashed in the middle of rural America. Panic stricken the Secret Service mobilized and descended on the farm in force. When they got there, the wreckage was clear. The aircraft was totally destroyed with only a burned hulk left smoldering in a tree line that bordered a farm. Secret Service descended upon the smoking hulk but could find no remains of the crew or the President's staff. To their amazement, a lone farmer was plowing a field not too far away as if nothing at all happened. They hurried over to surround the man's tractor.
"Sir," the senior Secret Service agent asked, panting and out of breath.
"Did you see this terrible accident happen?"
"Yep. Sure did." The man muttered unconcernedly.
"Do you realize that is the President of the United States airplane?"
"Yep."
"Were there any survivors?" the agent gasped.
"Nope. They's all kilt straight out." The farmer sighed cutting off his tractor motor. "I done buried them all myself. Took most of the morning."
"The President of the United States is dead?" The agent gulped in disbelief.
"Well," the farmer sighed, obviously wanting to get back to his work. "He kept a-saying he wasn't ... but you know what a liar he is."

Grandma Said That?
#joke
Joke | Source: Friars Club - For over 25 years the Sunshine Committee has been providing entertainment, companionship and love to children's and senior citizens centers in the NY area.

Why did the referee...

“Why did the referee get fired? Because he was a whistle blower!” 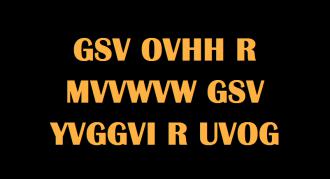 I rear-ended a car a few days

Yo mamma is like a hardware store 10 cents a screw!
#joke #short
Joke | Old joke from joke of the day archives - Check out other old jokes Friday, 14 October 2011

When Chuck Norris watches a po...

The best relationship I ever had -- I used to go out with a homeless girl. Yeah, it was great cause after sex, I could just drop her off anywhere.
#joke #short
Joke | Old joke from joke of the day archives - Check out other old jokes Friday, 14 October 2011