One day, after striking gold i

One day, after striking gold in Alaska, a Lonesome miner came down from the mountains and walked into a saloon in the nearest town. "I'm lookin' for the meanest toughest and roughest hooker in the Yukon," he said to the bartender.
"We got her," replied the bartender. "She's upstairs in the second room on the right."
The miner handed the bartender a gold nugget to pay for the hooker and two beers. He grabbed the bottles, stomped up the stairs, kicked the door open on the second door on the right and yelled, "I'm looking for the meanest roughest and toughest hooker in the Yukon."
The woman inside the room looked at the miner and said, "You found her!"
Then she stripped naked, bent over and grabbed her ankles. "How do you know I want that position first?" asked the miner.
"I don't," replied the hooker. "But I thought you might want to open those beers first."

The invention of dyn...

“The invention of dynamite sure was ground breaking.”

Three patients in a mental institution prepare for an examination given by the head psychiatrist. If the patients pass the exam, they will be free to leave the hospital. However, if they fail, the institution will detain them for five years.
The doctor takes the three patients to the top of a diving board looking over an empty swimming pool, and asks the first patient to jump.
The first patient jumps head first into the pool and breaks both arms.
Then the second patient jumps and breaks both legs.
The third patient looks over the side and refuses to jump. "Congratulations! You're a free man. Just tell me why didn't you jump?" asked the doctor.
To which the third patient answered, "Well Doc, I can't swim!"
#joke #doctor
Joke | Old joke from joke of the day archives - Check out other old jokes Monday, 06 March 2017

Little Johnny was having problems in English class, so his teacher, Miss Figpot, decided to stop by Little Johnny's house on her way home. She wanted to discuss Johnny's poor performance directly with his parents.

When she rang the door bell, Little Johnny answered.

"Hello Johnny, I'd like to talk to your mother or father," she said.

"Sorry, but they ain't here." He replied.

"Johnny!" She said, "what is it with your grammar?"

"Haven't got a clue," Johnny replied, "but dad sure was mad that they had to go bail her out again!" 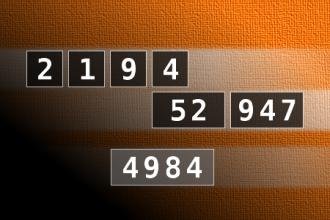 Praying for a Parking Space

A laywoman was driving down the street in a sweat because she had an important meeting and couldn’t find a parking space. Looking up toward heaven, she said, “Lord, take pity on me. If you find me a parking place I’ll go to Mass every Sunday for the rest of my life and give up drinking wine.”
Miraculously, a parking space opened up right in front of her destination.
The woman looked up to heaven and said, “Never mind, Lord; I found one on my own.”
#joke
Joke | Old joke from joke of the day archives - Check out other old jokes Tuesday, 05 May 2015