Inside a Comedians Mind

A comedian is sitting at the bar of a comedy club late one night when a beautiful woman comes up to him and says 'I saw you perform tonight, and you’re the funniest guy I’ve ever seen. I want to take you home and give you the hottest night of sex you've ever had.'
The comedian looks at her and says, 'Did you see the first show or the second show?'

This garment is made...

“This garment is made out of the feathers of starving parrots. It's polypropylene.”

Noah: "Raindrops Keep Falling on My Head" Adam and Eve: "Strangers in Paradise" Lazarus: "The Second Time Around" Esther: "I Feel Pretty" Job: "I've Got a Right to Sing the Blues" Moses: "The Wanderer" Jezebel: "The Lady is a Tramp"Samson: "Hair"Salome: "I Could Have Danced All Night" Daniel: "The Lion Sleeps Tonight" Esau: "Born To Be Wild" Shadrach, Meshach, and Abednego: "Great Balls of Fire!" The Three Kings: "When You Wish Upon a Star" Jonah: "Got a Whale of a Tale" Elijah: "Up, Up, and Away" Methuselah: "Stayin' Alive" Nebuchadnezzar: "Crazy"
#joke
Joke | Source: Belief net - Joke of the day, features on religion, spirituality, faith

The light turned yellow, just in front of him. He did the right thing,stopping at the crosswalk, even though he could have beaten the red light by accelerating through the intersection.
The tailgating woman was furious and honked her horn, screaming in frustration, as she missed her chance to get through the intersection, dropping her cell phone and makeup.
As she was still in mid-rant, she heard a tap on her window and looked up into the face of a very serious police officer. The officer ordered her to exit her car with her hands up.
He took her to the police station where she was searched, fingerprinted, photographed, and placed in a holding cell.
After a couple of hours, a policeman approached the cell and opened the door. She was escorted back to the booking desk where the arresting officer was waiting with her personal effects.
He said, ''I'm very sorry for this mistake. You see, I pulled up behind your car while you were blowing your horn, flipping off the guy in front of you and cussing a blue streak at him. I noticed the 'What Would Jesus Do' bumper sticker, the 'Choose Life' license plate holder, the 'Follow Me to Sunday-School' bumper sticker, and the chrome-plated Christian fish emblem on the trunk, so naturally....I assumed you had stolen the car.''

A man goes to see the Rabbi. "Rabbi, something terrible is happening and I have to talk to you about it."
The Rabbi asked, "What's wrong?"
The man replied, "My wife is poisoning me."
The Rabbi, very surprised by this, asks, "How can that be?"
The man then pleads, "I'm telling you, I'm certain she's poisoning me. What should I do?"
The Rabbi then offers, "Tell you what. Let me talk to her. I'll see what I can find out and I'll let you know."
A week later the Rabbi calls the man and says. "I spoke to your wife...spoke to her on the phone for three hours. You want my advice?"
The man said yes, and the Rabbi replied, "Take the poison!"

Two Roaches Having A Discussion

Two roaches were munching on garbage in an alley when one engages a discussion about a new restaurant.
"I was in that new restaurant across the street," said one. "It's so clean! The kitchen is spotless, and the floors are gleaming white. There is no dirt anywhere--it's so sanitary that the whole place shines."
"Please," said the other roach frowning. "Not while I'm eating!" 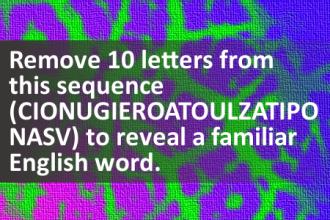 Software Development Cycles
1. Programmer produces code he believes is bug-free.
2. Product is tested. 20 bugs are found.
3. Programmer fixes 10 of the bugs and explains to the testing department that the other 10 aren’t really bugs.
4. Testing department finds that five of the fixes didn’t work and discovers 15 new bugs.
5. Repeat three times steps 3 and 4.
6. Due to marketing pressure and an extremely premature product announcement based on overly-optimistic programming schedule, the product is released.
7. Users find 137 new bugs.
8. Original programmer, having cashed his royalty check, is nowhere to be found.
9. Newly-assembled programming team fixes almost all of the 137 bugs, but introduce 456 new ones.
10. Original programmer sends underpaid testing department a postcard from Fiji. Entire testing department quits.
11. Company is bought in a hostile takeover by competitor using profits from their latest release, which had 783 bugs.
12. New CEO is brought in by board of directors. He hires a programmer to redo program from scratch.
13. Programmer produces code he believes is bug-free…

#joke #blonde
Joke | Old joke from joke of the day archives - Check out other old jokes Tuesday, 16 May 2017