Sincerity is everything. If you can fake that, you’ve got it made.
Friar George Burns

A man goes to the doctor and s

A man goes to the doctor and says, "Doc, everybody ignores me..."
And the doctor says, "Next please..."

The meat market had...

“The meat market had a special on pork prices, the sign said ham me downs.”

Calvinists believe the game is fixed.Lutherans believe they can't win, but trust the Scorekeeper.Quakers won't swing.Unitarians can catch anything.Amish walk a lot.Pagans sacrifice.Jehovah's Witnesses are thrown out often.Televangelists get caught stealing.Episcopalians pass the plate.Evangelicals make effective pitches.Fundamentalists balk.Adventists have a seventh-inning stretch.Atheists refuse to have an Umpire.Baptists want to play hardball.Premillenialists expect the game to be called soon on account of darkness.The Pope claims never to have committed an error.
#joke
Joke | Source: Belief net - Joke of the day, features on religion, spirituality, faith

A man goes to see the Rabbi. "Rabbi, something terrible is happening and I have to talk to you about it."
The Rabbi asked, "What's wrong?"
The man replied, "My wife is poisoning me."
The Rabbi, very surprised by this, asks, "How can that be?"
The man then pleads, "I'm telling you, I'm certain she's poisoning me. What should I do?"
The Rabbi then offers, "Tell you what. Let me talk to her. I'll see what I can find out and I'll let you know."
A week later the Rabbi calls the man and says. "I spoke to your wife...spoke to her on the phone for three hours. You want my advice?"
The man said yes, and the Rabbi replied, "Take the poison!"

Martin was being interviewed for a new job. The person conducting the interview wanted to find out something about his personality, so he asked, "If you could have a conversation with someone, living or dead, who would it be?"

Without hestitation, Martin responded, "The living one, of course!"

#joke
Joke | Old joke from joke of the day archives - Check out other old jokes Saturday, 23 May 2015 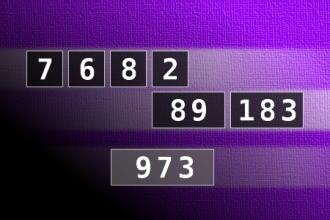 A young boy enters a barber shop and the barber whispers to his customer, "This is the dumbest kid in the world. Watch while I prove it to you." The barber puts a dollar bill in one hand and two quarters in the other, then calls the boy over and asks, "Which do you want, son?"
The boy takes the quarters and leaves. "What did I tell you?" said the barber. "That kid never learns!"
Later, when the customer leaves, he sees the same young boy coming out of the ice cream store. "Hey, son! May I ask you a question? Why did you take the quarters instead of the dollar bill?"
The boy licked his cone and replied, "Because the day I take the dollar, the game is over!"

Work For An Operator

Hung Chow calls into work and...

Hung Chow calls into work and says, "Hey, boss I no come work today, I really sick. I got headache, stomachache and my legshurt, I no come work."
The boss says, "You know Hung Chow, I really need you today.
When I feel like this I go to my wife and tell her give me sex.That makes everything better and I go work. You try that."
Two hours later Hung Chow calls again. "Boss, I do what you say and I feel great. I be at work soon. You got nice house."

Am I the only person who blames global warming entirely on the Amish? Are they not a constant reminder of how awful life would be without all this great technology? Every time I want to cut back and conserve on natural resources, I just look at the Amish and Im like, F**k that.
#joke #short
Joke | Old joke from joke of the day archives - Check out other old jokes Tuesday, 17 May 2011

When the Boogeyman goes to bed...

When the Boogeyman goes to bed he checks his closet for Chuck Norris.
#joke #short #chucknorris
Joke | Old joke from joke of the day archives - Check out other old jokes Tuesday, 17 May 2011

Eastern 702: "Tower, Eastern 702 switching to Departure. By the way,after we lifted off we saw some kind of dead animal on the far end of the runway."

Tower: "Continental 635, cleared for takeoff behind Eastern 702, contact Departure on frequency 124.7. Did you copy that report from Eastern 702?"

One day the pilot of a Cherokee 180 was told by the tower to hold short of the active runway while a DC-8 landed. The DC-8 landed, rolled out, turned around, and taxied back past the Cherokee.

Some quick-witted comedian in the DC-8 crew got on the radio and said, "What a cute little plane. Did you make it all by yourself?"

The Cherokee pilot, not about to let the insult go by, came back with a real zinger: "I made it out of DC-8 parts. Another landing like yours and I'll have enough parts for another one."

The German air controllers at Frankfurt Airport are renowned as a short-tempered lot. They not only expect one to know one's gate parking location, but how to get there without any assistance from them. So it was with some amusement that we (a Pan Am 747) listened to the following exchange between Frankfurt ground control and a British Airways 747... call sign Speedbird 206.

The BA 747 pulled onto the main taxiway and slowed to a stop.

Ground: "Speedbird, do you not know where you are going?"

Ground (with quite arrogant impatience): "Speedbird 206, have you not been to Frankfurt before?"

While taxiing at London 's Gatwick Airport , the crew of a US Air flight departing for Ft. Lauderdale made a wrong turn and came nose to nose with a United 727. An irate female ground controller lashed out at the US Air crew, screaming: "US Air 2771, where the hell are you going? I told you to turn right onto Charlie taxiway! You turned right on Delta! Stop right there. I know it's difficult for you to tell the difference between C and D, but get it right!"

Continuing her rage to the embarrassed crew, she was now shouting hysterically: "God! Now you've screwed everything up! It'll take forever to sort this out! You stay right there and don't move till I tell you to! You can expect progressive taxi instructions in about half an hour, and I want you to go exactly where I tell you, when I tell you, and how I tell you! You got that, US Air 2771?"

Naturally, the ground control communications frequency fell terribly silent after the verbal bashing of US Air 2771. Nobody wanted to chance engaging the irate ground controller in her current state of mind. Tension in every cockpit out around Gatwick was definitely running high. Just then an unknown pilot broke the silence and keyed his microphone, asking:

"Wasn't I married to you once?"

A Pan Am 727 flight, waiting for start clearance in Munich , overheard the following:

Lufthansa (in German): "Ground, what is our start clearance time?"

Ground (in English): "If you want an answer you must speak in English."

Lufthansa (in English): "I am a German, flying a German airplane, in Germany. Why must I speak English?"

Unknown voice from another plane (in a beautiful British accent): "Because you lost the bloody war!"
#joke
Joke | Old joke from joke of the day archives - Check out other old jokes Tuesday, 17 May 2011

I want to thank all of you who have taken the time and trouble to send me your stinking chain letters over the past years. Thank you for making me feel safe, secure, blessed, and wealthy. Because of your concern……..

I no longer drink Coca Cola because it can remove toilet stains and it eats the paint off of cars.

I no longer drink Pepsi or Dr Pepper since the people who make these products are atheists who refuse to put “Under God” on their cans.

I no longer use Saran wrap in the microwave because it causes cancer.

I no longer use cancer causing deodorants even though I smell like a wet dog on a hot day.

I no longer go to shopping malls because someone will drug me with a perfume sample and rob me.

I no longer receive packages from UPS or FedEx since they are actually Al Qaida in disguise.

I no longer eat at KFC because their chickens are actually horrible mutant freaks with no eyes or feathers.

I no longer have any sneakers — but that will change once I receive my free replacement pair from Nike.

I no longer buy expensive cookies from Neiman Marcus since I now have their recipe.

I no longer worry about my soul because I have 363,214 angels looking out for me.

I no longer have any money at all, but that will change once I receive the $15,000 that Microsoft and AOL are sending me for participating in their special e-mail program.

I no longer use my cell phone because I could spontaneously combust at a gas station while refueling my car.

Yes, I want to thank all of you soooooooo much for looking out for me! I will now return the favor.

(Editor's Note: This last statement is sarcasm — not to be taken seriously. In other words, please don't send an e-mail to 5,000 people and claim JokeDiary.com told you to do it….Thanks!)

#joke
Joke | Old joke from joke of the day archives - Check out other old jokes Thursday, 17 May 2012