“I was nonplussed at

“I was nonplussed at the ability of the student to add manually minus the aid of an adding machine!”

A heavily bandaged man was sit

A heavily bandaged man was sitting up in bed at the hospital when his friend came to visit. "What happened to you?" the friend asked.
"Well, we went to the amusement park and decided to ride the roller coaster. As we came to the top of the highest loop, I noticed a sign by the side of the track. I tried to read it, but it was very small and I couldn't make it out. I was so curious that I went around again, but we went by so quickly that I still couldn't see what the sign said. By now I was determined, so I went around a third time. As we reached the top I stood up in the car to get a better view."
"And did you manage to see what the sign said this time?" asked his friend.
"Yeah... The sign said 'Remain seated at all times!'"


I wrote a few children's books... Not on purpose.
I just got out of the hospital. I was in a speed reading accident. I hit a book mark and flew across the room.
I installed a skylight in my apartment.... The people who live above me are furious!
All of the people in my building are insane. The guy above me designs synthetic hairballs for ceramic cats. The lady across the hall tried to rob a department store... With a pricing gun... She said, "Give me all of the money in the vault, or I'm marking down everything in the store."
While I was gone, somebody rearranged all the furniture in my bedroom. They put it in *exactly* the same place it was. When I told my roommate, he said: "Do I know you?"
In my house there's this light switch that doesn't do anything. Every so often I would flick it on and off just to check. Yesterday, I got a call from a woman in Germany. She said, "Cut it out."
Doing a little work around the house. I put fake brick wallpaper over a real brick wall, just so I'd be the only one who knew. People come over and I'm gonna say, "Go ahead, touch it... It feels real."
In my house on the ceilings I have paintings of the rooms above... So I never have to go upstairs.
One time the power went out in my house and I had to use the flash on my camera to see my way around. I made a sandwich and took fifty pictures of my face. The neighbors thought there was lightning in my house.

Something I Haven't Done

Little Johnny asks the teacher, “Mrs Roberts, can I be punished for something I haven’t done?”
Mrs Roberts is shocked, “Of course not, Johnny, that would be very unfair.”
Little Johnny is relieved, “Okay, Mrs Roberts, good to know. By the way, I didn't do my homework last night."

Teacher: How much is a gra

Teacher: How much is a gram?
Tyronne: Uhmm, depends on what you need

A guy went to his travel agent

A guy went to his travel agent and tried to book a two-week cruise for himself and his lady friend. The travel agent said that all the ships were booked up and reservations were very tight at that moment, but that he would see what he could do.
A couple of days later, the travel agent phoned and said he could get them onto a three-day cruise. The guy was disappointed that it was such a short cruise, but booked it . . . and went to the drugstore to buy Dramamines and three condoms.
The next day, the agent called back and reported that he now could book a five-day cruise. The guy said, "Great, I'll take it!"! and returned to the same pharmacy to buy two more Dramamines and two more condoms.
The following day, the travel agent called yet again, and said he was delighted that he could offer them bookings on an eight-day cruise. The guy was elated and, and went back to the drugstore. He asked for three more Dramamine and three more condoms.
The pharmacist looked sympathetically at him and said, "Look, I'm not trying to pry. . but, if it makes you sick . . why do you keep doing it?" 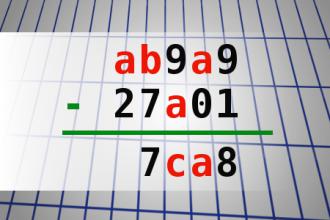 At the butcher's shop...

A man goes into a butcher's shop and says, "Have you gota sheep's head?"

The butcher replies, "No, it's just the way I part my hair."

Two guys were fishing down by ...

Two guys were fishing down by the Ohio River on different sides of the riverbank at night. Guy number one was catching a whole bunch of fish for his family, but guy number two hadn't caught any and was frustrated and called out to guy number one "How come you've been catching all them there fish and I ain't caught a single one?"
Guy number one replied, " I don’t know.... why don’t ya come on over here?"
"I don’t know.... I don’t see a bridge, and their aint no boat, and I don’t swim to well"
Guy number one picks up his flashlight, turns it on, and replies, " Why don’t you walk across this here beam off light?"
Guy number two was outraged and replied "do you think am stupid? When I get half way you'll turn it off!!!"

A fellow tries to cross the Me...

A fellow tries to cross the Mexican border on a bicycle with two big bags balanced on his shoulders. The guard asks, 'What's in the bags?'

'What have you there?'

'We want to examine.'

Same results... nothing but sand and the fellow is on his way again.

Every two weeks for six months the inspections continue. Finally, one week the fellow didn't show up. However, the guard sees him downtown and says to the fellow, 'Buddy, you had us crazy. We sort of knew you were smuggling something. I won't say anything - what were you smuggling?'

Some years ago, Michael J. Flanagan, a successful New York contractor, was standing on the deck of the Staten Island Ferry when a car got loose and sent him into the river where he drowned.

The following Sunday his widow, all decked out in deepest black, was standing on the church steps after Mass, receiving condolences and enjoying every minute of it, when an old friend of the contractor came up.

"I'm sorry, Mary, for your trouble," offered the friend. "Did Mike leave you well fixed?"

"Oh, he did!" she said. "He left me almost a half million dollars."

"Well now, that's not bad for a man who couldn't read or write."

"Nor swim either," added the widow.

The American tourist in Dublin had been complaining a great deal about the food.

"Here," he said to the waitress holding out a piece of meat for inspection, "do you call that pig?"

"Which end of the fork, sir?" the waitress asked sweetly.

A blonde and a redhead met in a bar after work for a drink, and were watching the 6 O'clock news. A man was shown threatening to jump from the Brooklyn Bridge. The blonde bet the redhead $50 that he wouldn't jump, and the redhead replied, "I'll take that bet!"
Anyway, sure enough, he jumped, so the blonde gave the redhead the $50 she owed. The redhead said "I can't take this, you're my friend"
The blonde said "No! A bet's a bet".
So the redhead said "Listen, I have to admit, I saw this on the 5 O'clock news, so I can't take your money"
The blonde replied "well, so did I, but I never thought he'd jump again!"