A furniture store keeps calling me

All I wanted was one night stand

Photo by Di_An_h on Unsplash

#joke #short #pun
Joke | Source: Jokes of The Day - By Jokes of the day visitor

“Handing in his term paper on water bears a day late got Bruno a tardy grade.”

Went to the gym and there's a new machine.
I used it for an hour and felt sick.
Its good though, it does everything.
Kit Kats, Mars bars, Snickers, etc...

Knock Knock
Who's there?
Alli!
Alli who?
Alligator, that's who!

While proudly showing off his new fraternity house to friends, a college student led the way into the den. "What is the big brass gong and hammer for?" one of his friends asked.

"That's the talking clock", the man replied, with a grin. "Let me show you how it works!" And with that, he gave the gong an ear-shattering pound with the hammer.

Suddenly someone screamed from the other side of the wall, "KNOCK IT OFF, YOU IDIOT! IT'S 2 AM!" 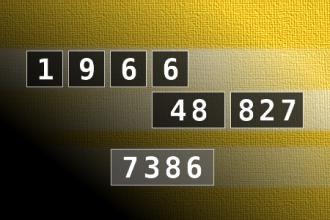 There was a young Scottish boy called Angus who decided to try life in Australia. He found an apartment in a small block and settled in.
After a week or two, his mother called from Aberdeen to see how her son was doing in his new life.
'I'm fine, ' Angus said. 'But there are some really strange people living in these apartments. One woman cried all day long, another lies on her floor moaning, and there is a guy next door to me who bangs his head on the wall all the time.'
'Well, ma laddie,' says his mother, 'I suggest you don't associate with people like that.'
'Oh,' says Angus, 'I don't, Mam, I don't. No, I just stay inside my apartment all day and night, playing my bagpipes.'