Biology Christmas
THE NIGHT BEFORE DEFENCE
(or A Visit From Citrate)
Twas the night before defence, when all through te lab
Not a gel box was shaking, with stain or with MAb;
The columns were hung in the cold room with care,
In hopes that my protein, I soon could prepare;
The post-docs were nestled all smug in their beds,
While extracts of barley muddled their heads;
With the tech in the suburbs and PI the same,
I had just settled down to another video game.
When out of the fridge there arose such a clatter
I sprang from the terminal to see what was the matter.
Away to the cold box, I flew like a flash
But the stench was o'erpowering and I threw up beef hash.
The mould on the dampest of walls were cold
Had the softness of kittens only seven weeks old;
When what to my view, a thing I despise
But a half eaten sandwich and four tiny mice;
With a little old scientist, so lively and galling,
I knew at a glance was Linus Pauling.
More vapid than undergrads, his charges they came,
And he whistled, and shouted, and called them rude names.
"Now, Watson! Now Francis! You strange little modellers!
On Luria! On Bertani! You stupid old broth'lers!
To the top of the bench, to the top of the wall!
Purify! Purify! Purify all!"
As dry heaves before the commitee meeting, bend
A young student's body and his colon distend,
So up their earlobes, acytes they grew,
With a sack full of antibodies, their skin turning blue.
And then, for a second, I heard from the 'fuge,
An unbalanced rotor spinning something too huge.
Where I put down my hand, to better hear the sound,
Came the snapping of sparks from a wire sans ground.
Pauling's hair was al wavy, and I thought I must be sick
`Cause the curls in his hair looked just like a helix.
On an arm load of oranges, he started to snack
An I recalled his fetish with citrate, the quack.
His eyes were all wrinkled, but the cheeks were yet red;
Not too shabby for a man who was several years dead;
The leer of his smile was just a tad scary
And the snow on his rooftop made his head yet quite hairy;
The end of a pipette, he held in his teeth
And a pile of kimwipes lay around his big feet.
He held a small vial of something quite gel-ly,
A mercaptan no doubt, for it make him quite smelly.
He changed `round the columns, adding to the confusion
And I laughed to spite my own paranoid delusion.
A wink of his eye and a rotation of his head,
Told me whatever I drank would soon leave me dead.
He spoke not a word, just buggered up my work,
And dried all my resins, that silly old jerk.
And separating his middle finger from first, fourth and third,
That crazy, old bugger, just flipped me the bird.
He grabbed up his cohorts and ran down the hall,
And away they all flew, letting me take the fall.
That is why, dear Commitee, I am sorry to say,
I need a five year extension, starting today.


What to you get if you cross a parrot with an elephant?
An animal that tells you everything that it remembers!

What is a baby elephant after he is five weeks old?
Six weeks old!

What did the elephant say when the man grabbed him by the tail?
This is the end of me!

Policeman: "One of your elephants has been seen chasing a man on a bicycle."
Zoo Keeper: "Nonsense, none of my elephants knows how to ride a bicycle!"
Why do the elephants have short tails?
Because they can't remember long stories!

How to you keep an elephant in suspense?
I'll tell you tomorrow!

"Dad, Mum is fighting with an enormous elephant in the garden!"
"Don't worry dear, I'm sure the elephant can look after itself!"
My elephants got no trunk?
How does it smell?
Terrible!

In the days leading up to Chri

In the days leading up to Christmas, people in San Francisco did everything they could to avoid the mauls, as they were a real zoo. The only people who weren't worried were lawyers with an escape claws.
#joke #short #lawyer #christmas
Joke | Source: Pun Gents - Daily Jokes, One-liners, Groaners, Puns of the day :: Puns on Demand :: Punshine Girls and Boys! 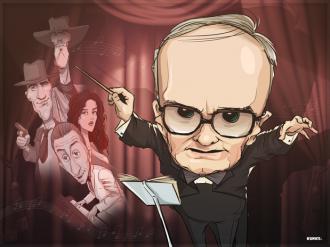 
Q: What do you get if you cross a dog with Concorde?
A: A jet setter!

Q: What do dogs have that no other animal has?
A: Puppy dogs!

Q: Why did the dachshund bite the woman's ankle?
A: Because he was short and couldn't reach any higher!

Q: Where do Eskimos train their dogs?
A: In the mush room!

Q: Why did the snowman call his dog Frost?
Because frost bites!

Q: What do you get if you cross a giraffe with a dog?
A: An animal that barks at low flying aircraft!

Q: What do you call an alcoholic dog?
A: A whino!

Q: When is the most likely time that a stray dog will walk into your house?
A: When the door is open!

Q: Why don't dogs make good dancers?
A: Because they have two left feet!

I wondered if I could get my husband to help me address Christmas cards, as I had so much to do. I arranged everything we needed, then hopefully pulled up a chair and said, "Come on, Dear, let's get these out of the way."
He glanced at the array on the table, turned away and went into the den, only to return moments later with a high stack of cards, stamped, sealed, and addressed.
"They're last year's," he said. "I forgot to mail them. Now let's go out to dinner and relax."

"What do you call Santa’s most impolite reindeer?"
"Rude-olph."

"What street in France do reindeer live on?"
"Rue Dolph."

"How much does it cost Santa to park his sleigh and reindeer?"
"Nothing, it’s on the house!"

"What did Mrs. Claus say to Santa when she looked up in the sky?"
"Looks like rein, deer!"

"Why doesn’t Santa use reindeer milk in his coffee?"
"He’s on a non-deery diet."

"What kind of money do reindeer use?"
"Bucks!"