"You see, doctor, I’m always dizzy for half an hour after I get up in the morning,” said Carla.
“Well, try getting up half an hour later,” said the doctor.

John's working at the lumber

John's working at the lumber yard, pushing a tree through the buzz saw, and accidentally shears off all ten of his fingers. He goes to the hospital.
The doctor says, "Yuck! Well, give me the fingers, and I'll see what I can do."
John says, "I haven't got the fingers."
The doctor says, "What do you mean, you haven't got the fingers? It's 2012. We've got microsurgery and all kinds of incredible techniques. I could have put them back on and made you like new. Why didn't you bring the fingers?"
John says, "Well, Doc, I couldn't pick 'em up."

A sexually active woman tells her plastic surgeon that she wants her vaginal lips reduced in size because they were too loose and floppy. Out of embarrassment she insisted that the surgery be kept a secret and the surgeon agreed.
Awakening from the anesthesia after the surgery she found 3 roses carefully placed beside her on the bed.
Outraged, she immediately calls in the doctor, "I thought I asked you not to tell anyone about my operation!"
The surgeon told her he had carried out her wish for confidentiality and that the first rose was from him: "I felt sad because you went through this all by yourself."
"The second rose is from my nurse. She assisted me in the surgery and empathized because she had the same procedure done some time ago."
"And what about the third rose?" she asked.
"That's from a man upstairs in the burn unit. He wanted to thank you for his new ears."

Thoughts To Ponder
1. How important does a person have to be before they are considered assassinated instead of just murdered?
2. Why do you have to "put your two cents in", but it's only a "penny for your thoughts"? Where's that extra penny going to?
3. Why does a round pizza come in a square box?
4. What disease did cured ham actually have?
5. How is it that we put man on the moon before we figured out it would be a good idea to put wheels on luggage?
6. Why is it that people say they "slept like a baby" when babies wake up like every two hours?
7. If a deaf person has to go to court, is it still called a hearing?
8. Why are you IN a movie, but you're ON TV?
9. Why do people pay to go up tall buildings and then put money in binoculars to look at things on the ground?
10. Why do doctors leave the room while you change? They're going to see you naked anyway. 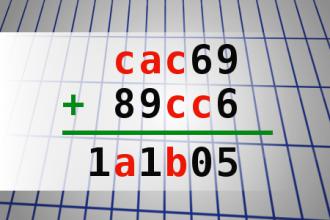 A man walks into a bar and say

A man walks into a bar and says, "Bartender, give me two shots. One for me and one for my best buddy."
Bartender asks, "You want them both now or do you want me to wait until your buddy arrives to pour his?"
The guy says, "Oh, I want them both now. I've got my best buddy in my pocket here."
He then pulls a little 3 inch man out of his pocket.
The bartender asks, "You mean to say, he can drink that much?"
"Oh, sure. He can drink it all and then some," the man retorted.
So, the bartender pours the 2 shots and sure enough, the little guy drinks it all up.
"That's amazing!" says the bartender. "What else can he do? Can he walk?"
The man flicks a quarter down to the end of the bar and says, "Hey, Rodney, go fetch that quarter." The little guy runs down to the end of the bar, picks up the quarter and runs back down and gives it to the man.
The bartender is in total shock. "That's amazing!" he says. "What else can he do? Does he talk?"
The man looks up at the bartender with a look of surprise in his eyes and says, "Talk? Sure he talks. Hey, Rodney, tell him about that time we were in down in Africa, on safari, hunting and you called that native witch doctor a dickhead!"

A policeman was rushed to the

A policeman was rushed to the hospital with an inflamed appendix. The doctors operated and advised him that all was well. However, the policeman kept feeling something pulling at his pubic hairs.
Worried that it might be a second surgery and the doctors hadn't told him about it, he finally got enough energy to pull his hospital gown up enough so he could look at what was making him so uncomfortable. Taped firmly across his pubic hair and private parts were three wide strips of adhesive tape, the kind that doesn't come off easily --- if at all.
Written on the tape in large black letters was the sentence, "Get well soon from the nurse in the Landrover you booked for speeding last week."


One day at a trial, an eminent psychologist was called to testify. A severe, no-nonsense professional, she sat down in the witness chair, unaware that its rear legs were set precariously on the back of the raised platform.
"Will you state your name?" asked the district attorney. Tilting back in her chair she opened her mouth to answer, but instead catapulted head-over-heels backward and landed in a stack of exhibits and recording equipment.
Everyone watched in stunned silence as she extricated herself, rearranged her disheveled dress and hair and was reseated on the witness stand. The glare she directed at onlookers dared anyone to so much as smirk.
"Well, doctor," continued the district attorney without changing expression, "we could start with an easier question".

“My doctor couldn't understand why I wouldn't treat my poison ivy - he said I was being irrational.”


Shakey went to a psychiatrist. "Doc," he said, "I've got trouble. Every time I get into bed, I think there's somebody under it. I get under the bed, I think there's somebody on top of it. Top, under, top, under. "you gotta help me, I'm going crazy!"
"Just put yourself in my hands for two years," said the shrink. "Come to me three times a week, and I'll cure your fears."
"How much do you charge?"
"A hundred dollars per visit."
"I'll sleep on it," said Shakey.
Six months later the doctor met Shakey on the street. "Why didn't you ever
come to see me again?" asked the psychiatrist.
"For a hundred buck's a visit? A bartender cured me for ten dollars."
"Is that so! How?"
"He told me to cut the legs off the bed!"