Jacob (92) and Rebecca (85) are all excited about their decision to get married. They go for a stroll to discuss the wedding and on the way go past a drugstore.

Jacob suggests that they go in. Jacob addresses the man behind the counter:

"Are you the owner?" The pharmacist answers " Yes".

Jacob: "Do you sell heart medication?"

Pharmacist: "Of course we do."

Jacob: "How about medicine for circulation?"

Jacob; "How about Viagra"

Jacob: "What about vitamins and sleeping pills?"

Jacob turns to Rebecca: "Sweetheart, we might as well register our wedding gift list with them."
#joke
Joke

In the Eyes of the Lord

A guy enters confessional and says to the priest with guilt, "I had an affair...almost."

The priest says, "What do you mean Â’almost?Â’"

The guy says, "Well, we got undressed and rubbed against each other, but then I stopped."

"In the eyes of the Lord, rubbing against each other is the same as putting it in," says the priest. "For your penance, say five Hail MaryÂ’s and put $20 in the poor box."

The guy leaves the confessional, says his prayers, then walks over to the poor box. He pauses for a moment then starts to leave.

The priest, seeing this, quickly runs over to him and says, "You didnÂ’t put any money in the poor box!"

The guy stops and says, "Yeah, but I rubbed the $20 on the box, and in the eyes of the Lord, thatÂ’s the same as putting it in."

Fortune cookie saying #39: A conscience is what hurts when all your other parts feel so good.
#joke #short
Joke | Source: Click The City - Philippine's Leading Lifestyle and Entertainment Guide.

You know you are in a Texas church when

People grumble about Noah letting coyotes on the ark.

The preacher says, "I'd like to ask Bubba to help take up the offering" and five guys stand up.

The restrooms are outside.

Opening day of deer season is recognized as an official church holiday.

A member of the church requests to be buried in his 4-wheel-drive truck because "It ain't never been in a hole it couldn't get out of."

When it rains, everyone is smiling.

Prayers regarding the weather are standard practice.

The choir group is known as the "OK Chorale".

Four generations of the same family sit together in worship.

There is no such thing as a "secret" sin.

Baptism is referred to as "branding".

There is a special fund raiser for a new septic tank.

High notes on the organ can set the dogs to howling.

People wonder, when Jesus fed 5000 whether the two fish were bass or catfish.

People think "rapture" is when you lift something too heavy.

The final words of the benediction are, "Ya'll come back now, ya hear?" 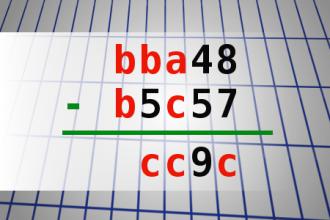 What did Mr and Mrs Snowman pu...

What did Mr and Mrs Snowman put over their baby's cot?
A snowmobile.

Mark Wilson, Joppa
Share your jokes with us by e-mailing letters_ en@edinburghnews.com

Differences Between You and Your Boss

When you don't do it, you're lazy.
When your boss doesn't do it, he's too busy.

When you make a mistake, you're an idiot.
When your boss makes a mistake, he's only human.

When doing something without being told, you're overstepping your authority.
When your boss does the same thing, that's initiative.

When you take a stand, you're being pig-headed.
When your boss does it, he's being firm.

When you overlooked a rule of etiquette, you're being rude.
When your boss skips a few rules, he's being original.

When you apply for leave, you must be going for an interview.
When your boss applies for leave, it's because he's overworked.