The Mystery of Childbirth

A boy is writing a paper on childbirth and asks his parents, How was I born?
His mother awkwardly answers, The stork brought you.
Oh, says the boy. Well, how were you and Daddy born?
Oh, the stork brought us, too, and Grandpa and Grandma.
The boy begins his paper, This report has been very difficult to write due to the fact that there hasnt been a natural childbirth in my family for three generations.
#joke
Joke | Source: Comedy Central: Jokes - Jokes provided daily from Comedy Central's archive.

Q: Why was Tigger hovering around the toilet?
A: Because he was playing with Pooh.
#joke #short
Joke | Source: Comedy.com - The World Famous Comedy.com Daily Joke!

After she woke up, a woman told her husband, "I just dreamed that you gave me a pearl necklace for Valentine's day. What do you think it means?"

That evening, the man came home with a small package and gave it to his wife. Delighted, she opened it to find a book entitled "The Meaning of Dreams"
#joke
Joke | Source: Kiwi box - today's pick Joke of the day

In the courtroom the judge is ...

Two businessmen in Florida were sitting down for a break in their soon-to-be new store. As yet, the store wasn't ready, with only a few shelves set up. One said to the other, ' I bet any minute now some senior citizen is going to walk by, put his face to the window, and ask what we're selling.'
#joke #short
Joke | Source: jokes warehouse - Animal jokes, Blonde jokes, doctor jokes, drunk jokes and jokes of the day 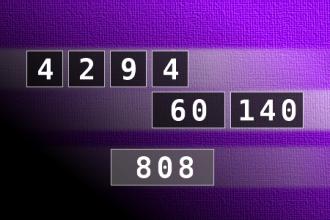 One morning while making break...

One morning while making breakfast, a man walks up to his wife and pinches her on her butt and says, "You know if you firmed this up we could get rid of your girdle."

While this was on the edge of intolerable, she thought herself better and replied with silence.

The next morning the man woke his wife with a pinch on the breast and said, "You know if you firmed these up we could get rid of your bra."

This was beyond a silence response, so she rolled over and grabbed him by the penis. With a death grip in place she said, "You know if you firmed this up we could get rid of your brother".
#joke
Joke


(Sound of scrap metal falling down a staircase continues through message.) Hello, we are having some technical problems right now, so we can't take your call. Please leave us a message.

A couple was dining out when the wife noticed a familiar face at the bar. She recognized him as an old flame.

"Honey," she said to her husband, as she pointed out the man, "that guy at the bar has been drinking like that since I left him seven years ago."

Her husband said, "That's silly, no one celebrates that much!"

Doctor, doctor, I feel like a Ã‚Â£10 note.
Go and buy something then Ã¢Â€Â“ the change will do you good.

Last week I moved into my new apartment. It was so small, I had to scrape off the wallpaper to get the furniture inside.
#joke #short
Joke | Source: Click The City - Philippine's Leading Lifestyle and Entertainment Guide.

Who owns the cows?

After his graduation from college, the son of a Spanish lawyer was considering his future. He went to his father and asked if he might be given a desk in the corner from which he could observe his fatherÃ¢Â€Â™s activities and be introduced to his fatherÃ¢Â€Â™s clients as a clerk. His observations would help him decide whether or not to become a lawyer. His father thought this was a great idea and immediately helped to set it up.

The first client the next morning was a tenant farmer--a rough man with calloused hands who was dressed in workmanÃ¢Â€Â™s clothing. He said,

"Mr. Lawyer, I work for the Gonzales farm on the east side of town. For many years I have tended their crops and animals, including some cows. I have raised the cows, fed them and looked after them. And I was always given the understanding and the belief that I was the owner of these cows. Now Mr. Gonzales has died and his son has inherited the farm. He believes that since the cows were raised on his land and ate his hay, the cows are his. In short, we are in dispute over who owns the cows."

The lawyer said, "Thank you. I have heard enough. I will take your case. Don't worry about the cows!"

The next client to come in, a young and well-dressed young man, was obviously a landowner. He said, "My name is Gonzales and I own a farm on the east side of town. We have a tenant farmer who has worked for my family for many years, tending crops and the animals, including some cows. I believe the cows belong to me because they were raised on my land and were fed my hay. But the tenant farmer believes they are his because he raised them and cared for them. In short, we are in dispute over who owns the cows."

The lawyer said, "Thank you. I have heard enough. I will take your case. Don't worry about the cows!"

After the client left, the lawyerÃ¢Â€Â™s son could not help but express his concern. "Father, I know very little about the law, but it seems we have a very serious problem concerning these cows."

"DonÃ¢Â€Â™t worry about the cows!" the lawyer said. "The cows will be ours!"