The economy is so bad that: Motel Six won't leave the light on anymore.

Hellmann's Mayonnaise - a bit of history.
Most people don't know that back in 1912, Hellmann's mayonnaise was manufactured in England . In fact, the Titanic was carrying 12,000 jars of the condiment scheduled for delivery in Vera Cruz, Mexico, which was to be the next port of call for the great ship after its stop in New York . This would have been the largest single shipment of mayonnaise ever delivered to Mexico . But as we know, the great ship did not make it to New York . The ship hit an iceberg and sank, and the cargo was forever lost. The people of Mexico, who were crazy about mayonnaise, and were eagerly awaiting its delivery, were disconsolate at the loss. Their anguish was so great, that they declared a National Day of Mourning, which they still observe to this day. The National Day of Mourning occurs each year on May 5th and is known, of course, as - Sinko De Mayo.

A young woman brings a very yo...

A young woman brings a very young and skinny baby to the doctor's office. She explained, "The baby seems to be ailing. Instead of gaining weight, he lost three ounces this week."

She was told to go into an examination room and wait for the doctor. He comes in and examines the baby, then asks the woman, "Is he breast fed or on the bottle?"

"Well, strip down to your waist." He orders. She does. He squeezes both breasts, massages them, pinches both nipples, and then began powerfully sucking on one nipple. Finally he announces, "No wonder the baby is hungry, you don't have any milk." I hate when I meet a girl, Im trying to get to know her, and shes like, Oh, you can just Facebook me. Bitch, my face is here right now!
#joke #short
Joke | Source: Comedy Central: Jokes - Jokes provided daily from Comedy Central's archive. 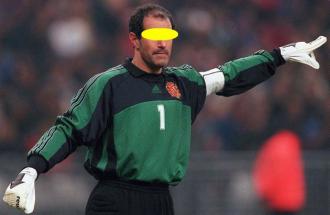 It's sex with someone they love.

There's a big controversy on the Jewish view of exactly when life begins. In Jewish tradition, the fetus is not considered viable until after it graduates from medical school.

A young Jewish man calls his mother and says, "Mom, I'm bringing home a wonderful woman I want to marry. She's a Native American and her name is Shooting Star."
"How nice," says his mother."And I have an Indian name too," he says. "It's Running Deer and I want you to call me that from now on."
"How nice," says his mother.
"You should have an Indian name too, Mom," he says.
"I already do," she says. "It's Sitting Shiva."