One Sunday, in counting the money in the weekly offering, the pastor of a small Florida church found a pink envelope containing $1000. It happened again the next week. The following Sunday, he watched as the offering was collected and saw a little old lady put the distinctive pink envelope in the plate.
This went on for weeks until the pastor, overcome by curiosity, approached her. "Ma'am, I couldn't help but notice that you put $1,000 a week in the collection plate," he stated.
"Why yes," she replied, "every week my son sends me money, and I give some of it to the church."
The pastor replied, "That's wonderful, how much does he send you?"
The old lady said, "$10,000 a week."
The pastor was amazed. "Your son is very successful; what does he do for a living?"
"He is a veterinarian," she answered.
"That is an honorable profession," the pastor said. "Where does he practice?"
The old lady said proudly, "In Nevada. He has two cat houses in Las Vegas and one in Reno."

My wife and I were happy for twenty years. Then we met.
Rodney Dangerfield

When a man brings his wife flowers for no reason, there's a reason.
Molly McGee

Always get married early in the morning. That way, if it doesn't work out, you haven't wasted a whole day.
Mickey Rooney

In olden times, sacrifices were made at the altar, a practice that still continues.
Helen Rowland

Getting married is very much like going to a restaurant with friends. You order what you want, then when you see what the other fellow has, you wish you had ordered that.
Unknown

I think men who have a pierced ear are better prepared for marriage. They've experienced pain and bought jewelry.
Rita Rudner
#joke
Joke I dont speak French, but I took it for five years growing up. So, if I was in a situation where I had to be like, Excuse me, pineapple dog house red, what time is it library? -- no problem.
#joke #short
Joke | Source: Comedy Central: Jokes - Jokes provided daily from Comedy Central's archive.

Any little ones yet?

Mrs. O'Donovan was walking down O'Connell Street in Dublin, and coming in the opposite direction was Father O'Rafferty.

"Hello," said the Father, "And how is Mrs. O'Donovan, didn't I marry you two years ago?"

"And are there any little ones yet?"

"Well now, I'm going to Rome next week, and I'll light a candle for you."

"Thank-you, Father." And away she went.

"Oh yes, Father. I've had three sets of twins, and four singles - ten in all."

"Now isn't that wonderful," he said "And how is your lovely husband?" 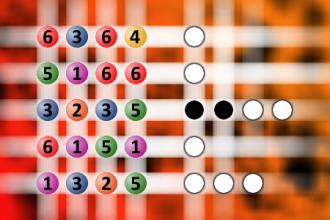 The real-estate boss got a hot new secretary, and he decided to put some moves on her. But within a few weeks, he is feeling displeased at the way she is working, not caring, coming to work late, and so on.

Finally, he pulls her aside, and has a little talk with her. "Listen, baby, we may have gone to bed together a few times, but who said you could start coming in late and slacking off?"

The secretary's reply, "My lawyer!"

Mommy mommy 02
Mommy, Mommy! Are you sure this is the way to make ginger bread men?
Shut up and get back in the oven.
#joke
Joke | Old joke from joke of the day archives - Check out other old jokes Sunday, 21 February 2010


He was an inventor of note. He created a big shoe with a phone in the heel. Now, he thought, he could use a phone whenever he wanted. He made several more so that he could have several shoes with phones in the house. One day, an emergency came up and he needed a phone bad. Would you believe it, he couldn't find a single phone boot.

A man arrives at the gates of heaven. St. Peter asks,

be very quiet as you pass room 8."

Another man arrives at the gates of heaven. "Religion?"

A third man arrives at the gates. "Religion?"

The man says, "I can understand there being different rooms

for different religions, but why must I be quiet when I pass

St. Peter tells him, "Well the Catholics are in room 8, and

they think they're the only ones here.