Three leaders of the big beer ...

Three leaders of the big beer companies meet for a drink. The president of Budweiser orders a Bud. Miller's president orders a Millers and the president of Coors orders a Coors. When it is Guinness turn to order he orders a soda. Why didn't you order a Guinness everyone asks? Nah Guinness replies. If you guys aren't having a beer neither will I.
#joke #beer
Joke | Source: A joke a day - Free Jokes of the Day Clean Funny Jokes via Email, Humor and Entertainment A man and a woman finally deci...

A man and a woman finally decide to get married. When she's moving her belongings into their new home, the husband sees a big trunk with a padlock on it. He asks his new bride what she keeps in the trunk, and she just says she'll tell him later, when she can trust him more.

30 years of marriage go by, the husband once more asks his wife what is in the trunk. He tells her that since they've been married for so many years now she should be able to trust him. She says ok & unlocks the trunk.

Inside there are 2 ears of corn & $25,000. He asks her why the 2 ears of corn are in the trunk. She replies that every time during their 30 years of marriage that she had cheated on him, she placed an ear of corn inside the trunk. He thought to himself... well, 30 years, 2 ears of corn, she's only cheated on me twice... that's not too-o-o-o... bad.

She says... every time I got a bushel of corn, I sold it!
#joke
Joke

The Vatican has unveiled a email address for the new Pope.

In related news, the Pope has received a confidential financial offer from the President of Nigeria. 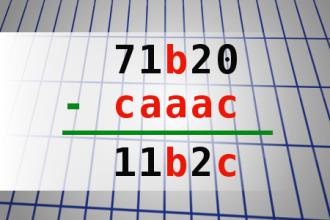 
Anthony's Law of Force: Don't force it, get a larger hammer.
Anthony's Law of the Workshop: Any tool, when dropped, will roll into the least accessible corner or the workshop. Corollary: On the way to the corner, any dropped tool will first always strike your toes.
Baker's Law: Misery no longer loves company, Nowadays it insists on it. - Columnist Russell Baker
Banacek's Eighteenth Polish Proverb: The hippo has no sting, but the wise man would rather be sat upon by the bee.
Barker's Proof: Proofreading is more effective after publication.
Becker's Law: It is much harder to find a job than to keep one. - Jules Becker & Co. (Becker goes on to claim that his law permeates industry as well as government, "...once a person has been hired inertia sets in, and the employer would rather settle for the current employee's incompetence and idiosyncrasies than look for a new employee.")
Belle's Constant: The ratio of time involved in work to time available for work is about 0.6. - from a 1977 JIR article of the same title by Daniel McIvor and Olsen Belle, in which it is observed that knowledge of this constant is most useful in planning long-range projects. It is based on such things as an analysis of an eight hour workday in which only 4.8 hours are actually spent working (or 0.6 of the time available), with the rest being spent on coffee breaks, bathroom visits, resting, walking, fiddling around, and trying to determine what to do next.
Bennett's Laws of Horticulture: (1) Houses are for people to live in. (2) Gardens are for plants to live in. (3) There is no such thing as a houseplant.
Berkeley's Laws: (1) The world is more complicated than most of our theories make it out to be. (2) Ignorance is no excuse. (3) Never decide to buy something while listening to the salesman. (4) Most problems have either many answers or no answer. Only a few problems have a single answer. (5) Most general statements are false, including this one. (6) An exception - test a rule; it never proves it. (7) The moment you have worked out an answer, start checking it; it probably isn't right. (8) If there is an opportunity to make a mistake, sooner or later the mistake will be made. (9) Check the answer you have worked out once more - before you tell anybody. - Edmund C. Berkeley

A man walks into a bar and he's really pissed. The bartender gives him a drink
and asks what the problem is. All he says is, "all lawyers are a*******."
A man sitting in the corner shouts, "I take offense to that!"
The pissed-off guy asks him, "why? Are you a lawyer?"
He replies, "no, Iam
#joke #lawyer #walksintoabar
Joke | Old joke from joke of the day archives - Check out other old jokes Saturday, 01 May 2010

Jon Lajoie: Mysteries of the Universe

I have this thing that I do called Mysteries of the Universe, when I gaze up at the countless stars and infinite galaxies. I realize how small and insignificant my girlfriend is. So, I get drunk and cheat on her with my 18-year-old neighbor.
#joke #short
Joke | Old joke from joke of the day archives - Check out other old jokes Friday, 05 March 2010

A man went to his doctor to have his penis examined because it was hurting. After a thorough examination, the doctor told the patient: "I have good news and bad news. Which do you want to hear first?"

"Tell me the good news first," replied the patient.

"Thank God," replied the patient. "Then what's the bad news?"

"It'll fall off by itself in a few days" replied the doctor.
#joke #doctor
Joke | Old joke from joke of the day archives - Check out other old jokes Thursday, 05 March 2009

A minister in Florida lamented that it was difficult to get his message across to his local congregation:

"It's so beautiful here in the winter," he said, "that heaven doesn't interest them that much."

"And it's so hot here in the summer that hell doesn't really scare them either."