Funny jokes-Lawyer in the house!

A lawyer, who was talking to his son about admission to college, said, "Fred, what made you decide that you want to be a doctor instead of a lawyer?"
"My point is," answered Fred, "have you ever hear anybody get up in a crowd and scream hysterically, 'Is there a lawyer in the house?' "
#joke #doctor #lawyer
Joke | Source: Really Funny Jokes - Really Funny jokes, adult jokes, Good jokes, short funny jokes, teacher jokes, affair jokes, kids jokes, doctor jokes, funny pictures

Funny video of the day - The Lovely Newcastle Weather!

Ten Reasons Why TV Is Better Than The World-Wide Web

1. It doesn't take minutes to build the picture when you change TV channels.

3. There are fewer grating color schemes on TV–even on MTV.

4. The family never argues over which Web site to visit this evening.

5. A remote control has fewer buttons than a keyboard.

6. Even the worst TV shows never excuse themselves with an “Under Construction” sign.

7. “CSI” never slows down when a lot of people tune in.

8. You just can't find those cool infomercials on the Web.

9. Set-top boxes don't beep and whine when you hook up to cable.

10. You can't surf the Web from a couch with a soda in one hand and chips in the other.

Funny Photo of the day - How Crumb Slicing Bread is Always So Messy? How Crumb Slicing Bread is Always So Messy? | Source : There I fixed it - photos of ur handiwork!

A big game hunter goes on safari with his wife and his mother-in-law. One morning, the wife wakes up to find her mother gone. Immediately, she awakens up her husband and they both set off to find the old woman.

Suddenly, they break into a clearing and there's the mother-in-law, standing face-to-face with a ferocious lion!

"Quick, darling," the wife shouts frantically, "Do something!"

"Oh, no," the husband says, "That lion got himself into this mess. Let him get himself out!"

The taillight covers of your car are made of tape.

Your car has never had a full tank of gas.

Any of your kids were conceived in a car wash.

Your momma has ever been involved in a cuss fight with the principal.

You think a subdivision is part of a math problem.

You've ever bathed with flea and tick soap.

Your good deed for the month was hiding your brother for a few days.

Your wheelbarrow breaks and it takes four relatives to figure out how to fix it.

You stand under the mistletoe at Christmas and wait for Granny and cousin Sue-Ellen to walk by.

Your favorite T-shirt is offensive in thirteen states. 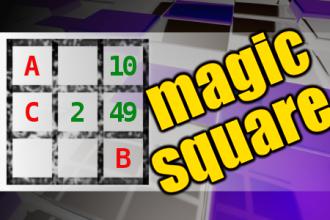 Two strands of DNA were walkin...

Two strands of DNA were walking down the street. One says to the other, "Do these genes make me look fat?

A truck driver hauling a load of computers stops for dinner.

As he approaches the door, he sees a big sign on the door saying, "NERDS NOT ALLOWED - ENTER AT YOUR OWN RISK!"

He goes in and sits down.

The waiter comes over to him, sniffs, and says, "You smell kind of nerdy. What do you do for a living?"

The man says he drives a truck, and the smell is just from the computers he is hauling.

The waiter says, "OK, truck drivers are not nerds," and takes his order.

As he is eating, a skinny guy walks in with tape on his glasses, a pocket protector with twelve kinds of pens and pencils, and a belt at least a foot too long.

The waiter, without saying a word, pulls out a shotgun and blows the nerdy guy away. The truck driver asks him why he did that.

The waiter said, "Not to worry. The nerds are overpopulating the Silicon Valley, and are in season now. You don't even need a license," he said.

So the truck driver finishes his meal, gets back in his truck, and heads back onto the freeway. Suddenly he veers to avoid an accident, and the load shifts.

The back door breaks open and computers spill out all over the freeway. He jumps out and sees a crowd already forming, grabbing up the computers.

They are all engineers, accountants and programmers wearing the nerdiest clothes he has ever seen. He can't let them steal his whole load.

So remembering what happened in the bar, he pulls out his gun and starts blasting away, felling several of them instantly.

A highway patrol officer comes zooming up and jumps out of the car screaming at him to stop.

The truck driver said, "What's wrong? I thought nerds were in season."