“Soup operas were the...

“Soup operas were the big winners at the Cans Film Festival.”

A lady walks into the drugstore and asks the pharmacist for some arsenic.
"Ma'am, what do you want with arsenic?" "To kill my husband."
"I can't sell you arsenic to kill a person!"
The lady lays down a photo of a man and a woman in a compromising position.
The man is her husband and the woman is the pharmacist's wife.
He takes the photo, and nods. "I didn't realize you had a prescription!"

A lady walks into the drugstore and asks the pharmacist for some arsenic.
"Ma'am, what do you want with arsenic?" "To kill my husband."
"I can't sell you arsenic to kill a person!"
The lady lays down a photo of a man and a woman in a compromising position.
The man is her husband and the woman is the pharmacist's wife.
He takes the photo, and nods. "I didn't realize you had a prescription!"


#joke
Joke | Source: A joke a day - Free Jokes of the Day Clean Funny Jokes via Email, Humor and Entertainment Static shock hair - Baby girl will be surprised when she see photo | Source : Jokes of The Day - By Jokes of the day visitor

A waiter brings the customer the steak he ordered with his thumb over the meat.

"Are you crazy?" yelled the customer, "with your hand on my steak?"

"What" answers the waiter, "You want it to fall on the floor again?"


Knock Knock
Who's there?
Duane!
Duane who?
Duane the bath, I'm dwowning! 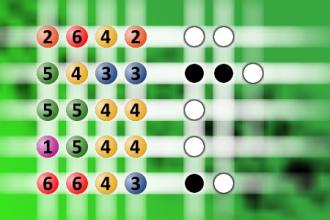 Mulder: We're too late. It's already been here.

Scully: Mulder, I hope you know what you are doing.

Mulder: Look, Scully, just like the other homes: Douglas fir, truncated, mounted, transformed into some sort of shrine; halls decked with boughs of holly; stockings hung by the chimney, with care.

Mulder: Someone or some thing.

Mulder: Don't touch it! Those things can be lethal.

Scully: It's O.K. There's a note attached: "Gonna find out who's naughty and nice."

Mulder: It's judging them, Scully. It's making a list.

Scully: Who? What are you talking about?

Mulder: Ancient mythology tells of an obese humanoid entity who could travel at great speed in a craft powered by antlered servants. Once each year, near the winter solstice, this creature is said to descend from the heavens to reward its followers and punish its disbelievers with jagged chunks of anthracite.

Mulder: Something was here tonight, Scully. Check out the bite marks on this gingerbread man. Whatever tore through this plate of cookies was massive -- and in a hurry.

Scully: It left crumbs everywhere. And look, Mulder, this milk glass has been completely drained.

Mulder: It gorged itself, Scully. It fed without remorse.

Scully: But why would they leave it milk and cookies?

Mulder: Appeasement. Tonight is the Eve, and nothing can stop its wilding.

Scully: But if this thing does exist, how did it get in? The doors and windows were locked. There's no sign of forced entry.

Mulder: Unless I miss my guess, it came through the fireplace.

Scully: Wait a minute, Mulder. If you are saying some huge creature landed on the roof and came down the chimney, you're crazy. The flue is barely six inches wide. Nothing could get through there.

Mulder: But what if it could alter its shape, move in all directions.

Scully: You mean, like a bowl full of jelly?

Mulder: Exactly. Scully, I've never told anyone this, but when I was a child my home was visited. I saw the creature. It had long white strips of fur surrounding its ruddy, misshapen head. Its bloated torso was red and white. I'll never forget the horror. I turned away, and when I looked back it had somehow taken on the facial features of my father.

Mulder: I know what I saw. And that night it read my mind. It brought me a Mr. Potato Head, Scully. IT KNEW I WANTED A MR. POTATO HEAD. Scully: I'm sorry, Mulder, but you're asking me to disregard the laws of physics. You want me to believe in some supernatural being who soars across the skies and brings gifts to good little girls and boys. Listen to what you are saying. Do you understand the repercussions? If this gets out, they'll close the X-files.

Scully: But we have no proof.

Scully: But that was a meteor shower.

Mulder: Officially. Two days ago, eight prized Scandinavian reindeer vanished from the National Zoo in Washington, D.C. Nobody - not even the zookeeper - was told about it. The government doesn't want people to know about Project Kringle. They fear that if this thing is proved to exist, then the public would stop spending half its annual income in a holiday shopping frenzy. Retail markets will collapse. Scully, they cannot let the world believe this creature lives. There's too much at stake. They'll do whatever it takes to insure another silent night.

Mulder: The truth is up there. Let's see what's the matter...

#joke #christmas
Joke | Source: Jokes of the day - Taken from Bartender's guide to Jokes, Drinks, and Poker - once good site, no longer active.

Boss: Who said that just because I tried to kiss you at last month's Christmas party, you could neglect to do your work around here?

A store where a woman may go to choose a husband has opened in Auckland.

Among the instructions at the entrance is a description of how the store operates:

“You may visit this store only once! There are six floors, and the value of the products increase as the shopper ascends the flights. The shopper may choose any item from a particular floor or may choose to go up to the next floor, but you cannot go back down except to exit the building.”

So a woman goes to the Husband Store to find a husband. On the first floor, the sign on the door reads: Floor 1 -- These Men Have Jobs.

She is intrigued, but continues to the second floor, where the sign reads: Floor 2 --These Men Have Jobs and Love Kids.

So she continues upward. The third floor sign reads: Floor 3 -- These Men Have Jobs, Love Kids and are Extremely Good Looking.

“Wow,” she thinks, but feels compelled to keep going.

She goes to the fourth floor and the sign reads: Floor 4 -- These men Have Jobs, Love Kids, Are Drop-Dead Good Looking and Help with Housework.

Still, she goes to the fifth floor and the sign reads: Floor 5 -- These men Have Jobs, Love Kids, Are Drop-dead Gorgeous, Help with Housework, and Have a Strong Romantic Streak.

There are no men on this floor. This floor exists solely as proof that women are impossible to please. Thank you for shopping at the Husband Store.

Google won't search for Chuck Norris because it knows you don't find Chuck Norris, he finds you.
#joke #short #chucknorris
Joke | Old joke from joke of the day archives - Check out other old jokes Saturday, 21 July 2012

When the man first noticed that his penis was growing longer, he was delighted.

But several weeks and several inches later, he became concerned and went to see a urologist.

While his wife waited outside, the physician examined him and explained that, thought rare his condition could be corrected by minor surgery.

The patient's wife anxiously rushed up to the doctor after the examination and was told of the diagnosis and the need for surgery.

"How long will he be on crutches?" she asked.

"Well, yes," the woman said "You are going to lengthen his legs, aren't you?"

I had my dog in one of those kennel carrier things, you know those boxes... They made me take the dog out of the carrier, so they could inspect it for explosives. Who bombs a f**king puppy? Really, who does that? Bin Laden would be like, Youre a dick, dude. I cant believe you -- thats too far.
#joke #short
Joke | Old joke from joke of the day archives - Check out other old jokes Tuesday, 19 July 2011

A dietitian was once addressing a large audience in Chicago:

"The material we put into our stomachs is enough to have killed most of us sitting here, years ago. Red meat is awful. Soft drinks erode your stomach lining. Chinese food is loaded with MSG. Vegetables can be disastrous, and none of us realizes the long-term harm caused by the germs in our drinking water.

"But there is one thing that is the most dangerous of all and we all have eaten or will eat it. Can anyone here tell me what food it is that causes the most grief and suffering for years after eating it?"

A 75-year-old man in the front row stood up and said, "Wedding cake."
#joke
Joke | Old joke from joke of the day archives - Check out other old jokes Tuesday, 19 July 2011

Knock Knock
Who's there?
Ivana!
Ivana who?
Ivana be rich!