Top brass from the Army, Navy

Top brass from the Army, Navy and Marine Corps were arguing about who had the bravest troops. They decided to settle the dispute using an enlisted man from each branch.
The Army General called a private over and ordered him to climb to the top of the base flagpole while singing "The Caissons Go Rolling Along," then let go with both hands, and salute. The private quickly complied.
Next, the Admiral ordered a sailor to climb the pole, polish the brass knob at the top, sing "Anchors Aweigh," salute smartly and jump off. The sailor did as he was told and landed on the concrete below.
Finally, the marine was told to do exactly as the army and navy men had done, but in full battle gear, pack filled with bricks, loaded weapon carried high. He took one look at the Marine General and said, "You're out of your mind, sir!"
The marine commander turned to the others. "Now THAT'S guts!"

“You're good with mo

“You're good with money? You must come from good stock.”

A distraught senior citizen phoned her doctor's office. 'Is it true,' she wanted to know, 'that the medication you prescribed has to be taken for the rest of my life?'
'Yes, I'm afraid so,' the doctor told her.
There was a moment of silence before the senior lady replied, 'I'm wondering, then, just how serious is my condition because this prescription is marked 'NO REFILLS'.'

Trying to win a Nobel Prize

A man is driving down a country road, when he spots a farmer standing in the middle of a huge field of grass. He pulls the car over to the side of the road and notices that the farmer is just standing there, doing nothing, looking at nothing.

The man gets out of the car, walks all the way out to the farmer and asks him, "Ah excuse me mister, but what are you doing?"

The farmer replies, "I'm trying to win a Nobel Prize."

"Well I heard they give the Nobel Prize to people who are out standing in their field." Using old crt TVs - Height is adjustable - just put as much TVs as you need | Source : Jokes of The Day - By Jokes of the day visitor

Animated GIF - Never turn your back on a dolphin! 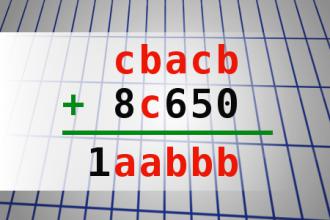 I dont care about the museum, I only care that people think Im the kind of guy who goes to museums.
#joke #short
Joke | Old joke from joke of the day archives - Check out other old jokes Monday, 15 August 2011

Chck Norris listens to "Requiem for a Tower" when he eats waffles.
#joke #short
Joke | Old joke from joke of the day archives - Check out other old jokes Monday, 15 August 2011