"I'm in love with my horse," the nervous man told his psychiatrist.
"Nothing to worry about," the psychiatrist consoled. "Many people are fond of animals. As a matter of fact, my wife and I have a dog that we are very attached to."
"But, doctor," continued the troubled patient, "I feel, ummm... 'physically' attracted to my horse."
"Hmmm," the doctor said, "Is it male or female?"
"Female, of course!" the man snapped. "What do you think I'm...gay???"

You will spend eternity here

The devil meets him at the gate and says, "Alright, you have died and come to hell. You will spend eternity here, but you get to choose how to spend it. You may choose one of these three doorways. Once you choose a door, you may not change it. So let's get started."

The devil opens Door One. The guy looks in and sees a couple of people standing on their heads on a Concrete floor. The guy says, "No way, let's move on."

The devil opens Door Two. The guy sees a few more people standing on their heads on a Wood floor. The guy says, "No way, let's move on."

The devil opens Door Three. The guy sees a bunch of people standing knee-deep in cow manure drinking coffee. The guy says, "Great, this is the one I will chose." The devil says, "OK, wait right here, I will get you some coffee."

The guy settles in with his coffee thinking that this isn't so bad. What's the big deal?

After about 10 minutes a voice comes over the loud speaker saying, "Coffee break's over. Back on your heads!"

On Palm Sunday, a five-year-old boy had a sore throat and stayed home from church with a babysitter. When the family returned home, they were carrying several palm branches. The boy asked them what they were.“People held them over Jesus’ head as He walked by,” his father told him.“Wouldn’t you know it,” the boy fumed. “The one Sunday I don’t go and Jesus shows up.”From "The Book of Church Jokes," published by Barbour Publishing, Inc., Uhrichsville, Ohio. Copyright 2009. Used by permission of Barbour Publishing, Inc.
#joke
Joke | Source: Belief net - Joke of the day, features on religion, spirituality, faith A Bowler Hat That Doubles As A Colander | Source : Jokes of The Day - By Jokes of the day visitor

I can't go to Chinese re

Animated GIF - This party is lit

Never buy a 'new' brand of b

Never buy a 'new' brand of beer because 'it was on sale.'
If we're in the backyard and the TV in the den is on, that doesn'tmean we're not watching it.
Don't tell anyone we can't afford a new car. Tell them we don't wantone.
Whenever possible please try to say whatever you have to say duringcommercials.
Only wearing your new lingerie once does not send the message thatyou need more. It tells us lingerie is a bad investment.
Please don't drive when you're not driving.
Don't feel compelled to tell us how all the people in your storiesare related to one another: We're just nodding, waiting forthe punchline.
The quarterback who just got pummeled isn't trying to be brave.He's just not crying. Big difference!
When the waiter asks if everything's okay, a simple 'Yes' is fine. Itdoes not mean that is your chance to complain about the taste of thewater and the salsa.
What do you mean, 'leering?' She's obstructing my view.
When I ask, 'How many guys have you slept with?' It would be muchappreciated if you did not answer honestly.
When I'm turning the wheel and the car is nosing onto the off-ramp,saying 'Oh, this is our exit, Honey' is not really necessary.
When you're not around, I belch so loudly that I even appall myself.
The temperature in the cave will be my responsibility. It will beslightly to moderately cooler than you want it.
SportsCenter starts at 10:00 P.M. and runs one hour. This is anexcellent time for you to pay bills, put laundry in the dryer, or talkto your sister.
Is it too much to ask to have the bra match the underwear?
If we see you in the morning and at night, why call us at work?
You probably don't want to know what we're thinking about.
It's in neither your interest nor ours to take the Cosmo quiztogether! 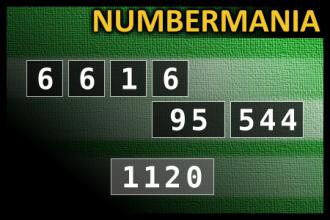 A six-year-old boy called his...

A six-year-old boy called his mother from his friend Charlie's house and confessed he had broken a lamp when he threw a football in their living room.
"But, Mom," he said, brightening, "you don't have to worry about buying another one. Charlie's mother said it was irreplaceable."
#joke #short
Joke | Source: A joke a day - Free Jokes of the Day Clean Funny Jokes via Email, Humor and Entertainment

Father: What do you see in that boyfriend of yours?
Teen daughter: Well... he’s reliable.
Father: He’s always late picking you up!
Teen daughter: I know and I can always count on it.
Remember when you had to sit in the front room with my dates until I was ready?
Father: Now that you mention it, I’m beginning to like this guy!

“What do dogs do after they finish obedience school?
They get their masters.”

Commandment 1.
Marriages are made in heaven. But so again, are thunder and lightning.

Commandment 2.
If you want your spouse to listen and pay strict attention to every word you say, talk in your sleep.

Commandment 3.
Marriage is grand — and divorce is at least 100 grand!

Commandment 5.
When a man opens the door of his car for his wife, you can be sure of one thing: Either the car is new or the wife is.

Commandment 6.
Marriage is when a man and woman become as one; the trouble starts when they try to decide which one.

Commandment 7.
Before marriage, a man will lie awake all night thinking about something you said. After marriage, he will fall asleep before you finish talking.

Commandment 8.
Every man wants a wife who is beautiful, understanding, economical, and a good cook. But the law allows only one wife.

Commandment 9.
Every woman wants a man who is handsome, understanding, economical and a considerate lover, but again, the law allows only one husband.

Commandment 10.
Man is incomplete until he marries. After that, he is finished.

Joke | Old joke from joke of the day archives - Check out other old jokes Friday, 15 January 2010


BUSH LEGAL TEAM SUES SANTA CLAUS By S. Artist Reuters
AUSTIN, TX (Dec. 4) - Attorneys for Texas Governor George W. Bush filed suit in federal court today, seeking to prevent Santa Claus from making his list and then checking it twice. The complaint seeks an immediate injunction against the beloved Christmas icon, asking the court to effectively ban his traditional practice of checking the list of good boys and girls one additional time before packing his sleigh.
The suit, filed in the Federal District Court of Austin, Texas, asks a federal judge to "hereby order Mr. Claus to cease and desist all repetitive and duplicative list-checking activity, and certify the original list as submitted, without amendment, alteration, deletion, or other unnecessary modification."
"There are no standards for deciding who is naughty, and who is nice. It's totally arbitrary and capricious. How many more times does he need to check? This checking, checking, and re-checking over and over again must stop now," said former Secretary James Baker.
Baker further claimed that unnamed GOP observers witnessed an elf removing all boys named Justin from the 'nice' list, filing them under 'naughty' instead because "everyone knows all boys named Justin are brats."
Gov. Bush cited the potential for unauthorized list tampering, and blasted what he called the "crazy, crazy mess up there at the North Pole."
"Their security is really awful, really bad," said Bush. "My mother just walked right in, told 'em she was Mrs. Claus. They didn't check her ID or nothing."
Meanwhile, Dick Cheney, Gov. Bush's running mate, issued a direct plea to St. Nick himself. "Mr. Claus, I call on you to do the honorable thing, and quit checking your list. The children of the world have had enough. They demand closure now," Cheney said, adding that his granddaughter has already selected a name for the pony she's asked for.
The Rev. Jesse Jackson was quick to respond to this latest development with plans to lead his protesters from Florida to the North Pole via dogsled. The "Million Man Mush" is scheduled to leave Friday. "We need red suits and sleighs, not law suits and delays," Jackson said.
Santa Claus could not be reached for comment, but an spokeself said he was "deeply distressed" by news of the pending legal action against him.
"He's losing weight, and he hasn't said 'Ho Ho' for days," said the spokeself. "He's just not feeling jolly."
A weary nation can relate.

Michael and his wife live in M...