Everyday someone tells me to exercise

So, I got a dog and named it 'Twenty Miles'. This way I can tell people that I walk twenty miles everyday.

My nephew's got a camera phone; he's 10 years old. Which sucks for him because I can't imagine what it must be like for him to go through a 5th grade math class with a device in his pocket that can answer all of life's questions and show him pictures of titties in high definition. You want this kid to pay attention in class? He doesn't have attention deficit, he's got titties in his pocket.
#joke
Joke | Source: Comedy Central: Jokes - Jokes provided daily from Comedy Central's archive.

“Santa came down with

“Santa came down with the flue.”

A fifteen year-old boy came home with a Porsche and his parents began to yell and scream, "Where did you get that car?"
He calmly told them, "I bought it today."
"With what money?" demanded his parents. We know what a Porsche costs..."
"Well," said the boy, "this one cost me fifteen dollars."
So the parents began to yell even louder. "Who would sell a car like that for fifteen dollars?" they asked.
"It was the lady up the street," said the boy. "Don't know her name - they just moved in. She saw me ride past on my bike and asked me if I wanted to buy a Porsche for fifteen dollars."
"Oh no!" moaned the mother, "She must be a child abuser. Who knows what she will do next? John, you go right up there and see what's going on."
So the boy's father walked up the street to the house where the lady lived and found her out in the yard calmly planting petunias. He introduced himself as the father of the boy to whom she had sold a Porsche for fifteen dollars and demanded to know why she did it.
"Well," she said, "this morning I got a phone call from my husband. I thought he was on a business trip, but learned from a friend he has run off to Hawaii with his secretary and really doesn't intend to come back. He claimed he was stranded and asked me to sell his new Porsche and send him the money. So I did." World's Smallest Cars | Source : Jokes of The Day - By Jokes of the day visitor

The problem with the gene pool is that there is no lifeguard.

Experience is something you don't get until just after you need it.

A conscience is what hurts when all your other parts feel so good.

For every action, there is an equal and opposite criticism.

To steal ideas from one person is plagiarism; to steal from many is research.

Two wrongs are only the beginning.

Monday is an awful way to spend 1/7th of your life.

The sooner you fall behind, the more time you'll have to catch up.

If you must choose between two evils, pick the one you've never tried before.

Love may be blind, but marriage is a real eye-opener.

Borrow money from pessimists, they don't expect it back.

Half the people you know are below average.

#joke #monday
Joke | Source: Jokes - Used to be - Pacific products joke of the day, but site no longer works. 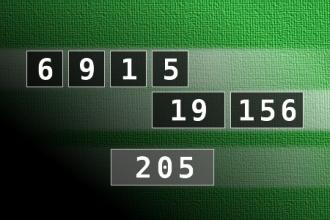 A homeless man, down on his luck, went into a Catholic church that was known for its rather “uppity” social reputation. Spotting the man’s dirty clothes, the ushers stopped him outside the church door and asked if he needed help. The man told them, “I was praying and the Lord told me to come to this church.”The ushers suggested that the man go away and pray some more and me might get a different answer.The following Sunday the man returned and the ushers again stopped him at the door. “Well, did you get a different answer?” they asked him.“Yes, I did,” said the man. “I told the Lord that you don’t want me here, but the Lord said, ‘Keep trying, son. I’ve been trying to get into that church for years and I haven’t made it yet either.”
#joke
Joke | Source: Belief net - Joke of the day, features on religion, spirituality, faith

As a necrophiliac, there...

Lawyers should never ask a Sou...

Lawyers should never ask a Southern grandma a question if they aren't prepared for the answer. In a trial, a Southern small-town prosecuting attorney called his first witness, a grandmotherly, elderly woman to the stand.
He approached her and asked, "Mrs. Jones, do you know me?"
She responded, "Why, yes, I do know you, Mr. Williams. I've known you since you were a young boy, and frankly, you've been a big disappointment to me. You lie, you cheat on your wife, and you manipulate people and talk about them behind their backs. You think you're a big shot when you haven't the brains to realize you never will amount to anything more than a two-bit paper pusher. Yes, I know you."
The lawyer was stunned! Not knowing what else to do, he pointed across the room and asked, "Mrs. Jones, do you know the defense attorney?"
She again replied, "Why, yes, I do. I've known Mr. Bradley since he was a youngster, too. He's lazy, bigoted, and he has a drinking problem. He can't build a normal relationship with anyone and his law practice is one of the worst in the entire state. Not to mention he cheated on his wife with three different women. One of them was your wife. Yes, I know him."
The defense attorney almost died.
The judge asked both counselors to approach the bench and, in a very quiet voice, said, "If either of you idiots asks her if she knows me, I'll send you to the electric chair.

I've never been skiing before...

May: "I've never been skiing before."
Dad: "You don't want to, trust me."
May: "Why?"
Dad: "You meet many bad things, like pine tree for instance."
#joke #short
Joke | Source: A joke a day - Free Jokes of the Day Clean Funny Jokes via Email, Humor and Entertainment

During their vacation and whil...

During their vacation and while they were visiting Jerusalam, George's mother-in-law died.
With death certificates in hand, George went to the American Consulate Office to make arrangements to send the body back to the states for proper burial.
The Consul, after hearing of the death of the
mother-in-law told George that the sending of a body back to the states for burial is very, very expensive. It could cost as much as $5,000.00.
The Consul continues, in most cases the person responsible for the remains normally decides to bury the body here. This would only cost $150.00.
George thinks for some time and answers, "I don't care how much it will cost to send the body back; that's what I want to do."
The Consul, after hearing this, says, "You must have loved your mother-in-law very much consdering the difference in price."
"No, it's not that," says George. "You see, I know of a case years ago of a person that was buried here in Jerusalem. On the third day he arose from the dead !
I just can't take that chance.
#joke
Joke | Old joke from joke of the day archives - Check out other old jokes Monday, 25 January 2010

Why did the city build a graveyard...

Q: Why did the city build a graveyard across the street from the retirement home?
A: So all the old people can see there futures!
#joke #short
Joke | Old joke from joke of the day archives - Check out other old jokes Monday, 25 January 2010

The following is supposedly a true story. To be included, besides being true, the story is most likely strange, weird, surprising, or funny.
As public television viewers in 12 cities sat glued to their sets while doctors in Philadelphia reconstructed 15-month-old Michele Miller's skull during a two-hour operation broadcast live, the girl's parents, Lynn and Paul Miller of Princeton, N.J., opted to watch "The Wizard of Oz" instead.

I am passing this on to you be

I am passing this on to you because it definitely worked for me, and we all could use more calm in our lives. By following the simple advice I heard on a Dr. Phil show, I have finally found inner peace.
Dr. Phil proclaimed the way to achieve inner peace is to finish all the things you have started. So, I looked around my house to see things I started, and hadn't finished; and, before leaving the house this morning, Ifinished off a bottle of Merlot, a bottle of Kahlua, a package of Oreo's, a pot of coffee, the rest of the Cheesecake, some Saltines, and a box ofGodiva Chocolates.
You have no idea how freaking good I feel.