Daughter: My fiancé said I could have whatever I wanted to be inscribed on his wedding ring. What should I put?
Mother: Put what I put on your father's wedding ring.
Daughter: What does it say. I've never seen daddy with it off.
Mother: Yes. It's worked very well over the years. It says, 'Put it back on!'

Two elderly women were out dri...

Two elderly women were out driving in a large car. Both could barely see over the dashboard. As they were cruising along they came to an intersection. The stoplight was red but they just went on through. The woman in the passenger seat thought to herself "I must be losing it, I could have sworn we just went through a red light."
After a few more minutes they came to another intersection and the light was red again and again they went right though. This time the woman in the passenger seat was almost sure that the light had been red but was really concerned that she was losing it. She was getting nervous and decided to pay very close attention to the road and the next intersection to see what was going on.
At the next intersection, sure enough, the light was definitely red and they went right through and she turned to the other woman and said, "Mildred! Did you know we just ran through three red lights in a row! You could have killed us!"
Mildred turned to her and said, "Oh, am I driving?"

“The way solar panels take energy from sunlight is so absorbing.”

Cows inspire me. They are r


Mother: Why did you just swallow the money I gave you?
Son: Well you did say it was my lunch money!

What's a mushroom?
The place they store the school food!

Teacher: I said to draw a cow eating some grass but you've only drawn the cow?
Pupil: Yes, the cow ate all the grass!

My teacher reminds me of history
She's always repeating herself!

A math joke
Teacher: Did your parents help you with these homework problems?
Pupil: No I got them all wrong by myself! 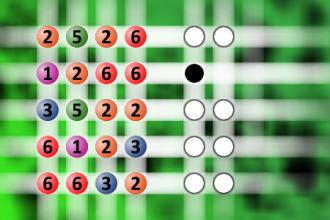