A nervous taxpayer was unhappi

A nervous taxpayer was unhappily conversing with the IRS auditor who had come to review his records. At one point the auditor exclaimed, "We feel it is a great privilege to be allowed to live and work in the USA. As a citizen you have an obligation to pay taxes, and we expect you to eagerly pay them with a smile."
"Thank God," returned the taxpayer. "I thought you were going to want cash."

“Did you hear about t

“Did you hear about the little girl who went upstairs to get some medicine? I think she's coming down with something.”

A young man called his mother

A young man called his mother and announced excitedly that he had just metthe woman of his dreams. Now what should he do?
His mother had an idea: "Why don't you send her flowers, and on the cardinvite her to your apartment for a home-cooked meal?"
He thought this was a great strategy, and a week later, the woman came todinner. His mother called the next day to see how things had gone.
"I was totally humiliated," he moaned. "She insisted on washing thedishes."
"What's wrong with that?" asked his mother.
"We hadn't started eating yet."

Knock Knock
Who's there?
Aladdin!
Aladdin who?
Aladdin the street wants a word with you!

How many tickles does it take to make a squid laugh?
Ten-tickles!

Q: Where do sheep get thei

Q: Where do sheep get their hair cut?
A: At the baa baa shop! 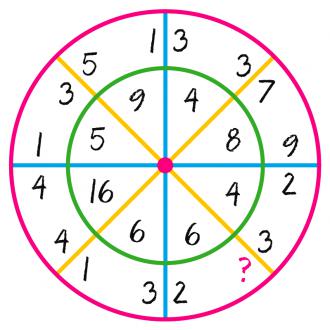 Things sure have changed...

For the first time in many years, a an old man traveled from his rural town to the city to attend a movie. After buying his ticket, he stopped at the concession stand to purchase some popcorn. Handing the attendant $1.50, he couldn't help but comment, "The last time I came to the movies, popcorn was only 15 cents."

"Well, sir," the attendant replied with a grin, "You're really going to enjoy yourself. We have sound now."

Jason Sklar: It was the most aggressive advertisement weve ever seen. It was a bus bench ad advertising bus bench ads.

Randy Sklar: It was like the M.C. Escher of advertising
#joke #short
Joke | Old joke from joke of the day archives - Check out other old jokes Thursday, 25 March 2010


Alpha Centauri Space Station. Commander Marlin can't come to the phone right now. He's either saving the universe from some dread, unnamed peril, or perhaps taking a nappie. Leave your name and number after the beep and he will return your call.

I always think, what would I do if someone tried to get me? My first thought is just something dumb, like Id try to pick my nose and just be gross. In my mind a rapist is just some white hat frat boy whod just be like, Ugh nasty, forget it. Learn some manners.
#joke #short
Joke | Old joke from joke of the day archives - Check out other old jokes Friday, 25 March 2011

Our 15-year-old daughter, Melanie, had to write a report for school about World War II, specifically D-Day and the invasion of Normandy.

“Isn't there a movie about that?” she asked.

I told her there was, but I couldn't think of the name.

Then it came to her, “Oh, I remember! Isn't it something like ‘Finding Private Nemo'?”