What To Do Or Say If You Wa

A women is getting lunch ready when the phone rings.
"This is the middle school calling about your son Johnny. He's been caught telling unbelievable lies."
"I'll say he has," the woman replies, "I don't have a son."

Shit! My neighborhood barber just got arrested for selling drugs! I've been his customer for 4 years, but I had no idea he was a barber.

“The weapon smuggler had a barrel of fun in the judge's private chamber.”

A man placed some flowers on t

A man placed some flowers on the grave ofhis dearly departed mother and started backtoward his car when his attention wasdiverted to another man kneeling at a grave.
The man seemed to be praying with profoundintensity and kept repeating, "Why did youhave to die? Why did you have to die?"
The first man approached him and said, "Sir,I don't wish to intrude on your privategrief, but this demonstration of pain is morethan I've ever seen before. For whom do youmourn so deeply? A child? A parent?"
The mourner took a moment to collect himself,then replied, "My wife's first husband."


There once was a snake breeder who had two snakes he was trying to mate. For the life of him, he couldn't get them within two feet of each other. Frustrated, he called up the local zoologist, and explained the situation. She hurried over, picked up the snakes and looked at them. "You know what I would do?" she said. "See that tree over there? Chop it down, chop off a good sized log, split the log in two, and make two tables out of them. Put the tables and the snakes into a cage, and let them go at it."
Well, the breeder thought that this was insane, but having no other options, he tried it. Sure enough, a few days later he had a whole slew of baby snakes. He called up the zoologist, and asked her how that was possible. She replied, "Well, you see, those snakes were adders. And everybody knows that to get adders to multiply you need log tables." 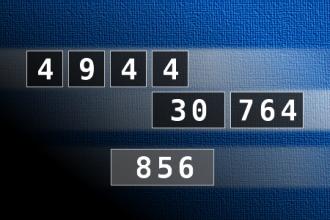 A juggler, driving to his next performance, is stopped by the police. "What are these matches and lighter fluid doing in your car?" asks the cop.

"I'm a juggler and I juggle flaming torches in my act."

"Oh yeah?" says the doubtful cop. "Lets see you do it." The juggler gets out and starts juggling the blazing torches masterfully.

A couple driving by slows down to watch. "Wow," says the driver to his wife. "I'm glad I quit drinking. Look at the test they're giving now!

Patient 1: 'Why did you run away from the operation table?'
Patient 2: 'The nurse was repeatedly saying 'don't get nervous', 'don't be afraid', 'be strong', 'this is a small operation only', things like that.'
Patient 1: 'So what was wrong in that? Why were you so afraid?'
Patient 2: 'She was talking to the surgeon!'

A man was telling his neighbor...

Bill Gates died in a car accident. He found himself in Purgatory being sized up by God...

"Well, Bill, I'm really confused on this call. I'm not sure whether to send you to Heaven or Hell. After all, you enormously helped society by putting a computer in almost every home in the world, and yet you created that ghastly Windows. I'm going to do something I've never done before. In your case, I'm going to let you decide where you want to go!"

Bill replied, "Well, thanks, God. What's the difference between the two?"

God said, "I'm willing to let you visit both places briefly if it will help you make a decision."

"Fine, but where should I go first?"

It was a beautiful, clean, sandy beach with clear waters. There were thousands of beautiful women running around, playing in the water, laughing and frolicking about. The sun was shining, the temperature was perfect.

Bill was very pleased. "This is great!" he told God.

"If this is Hell, I REALLY want to see Heaven!"

"Fine," said God and off they went. Heaven was a high place in the clouds, with angels drifting about playing harps and singing. It was nice but not as enticing as Hell.

Bill thought for a quick minute and rendered his decision. "Hmm, I think I prefer Hell," he told God."

"Fine," retorted God, "as you desire." So Bill Gates went to Hell.

Two weeks later, God decided to check up on the late billionaire to see how he was doing in Hell.

When God arrived in Hell, he found Bill shackled to a wall, screaming amongst the hot flames in a dark cave. He was being burned and tortured by demons.

Bill responded - his voice full of anguish and disappointment, "This is awful, this is not what I expected. I can't believe this happened. What happened to that other place with the beaches and the beautiful women playing in the water?"

God says, "That was just the screen saver."
#joke
Joke | Old joke from joke of the day archives - Check out other old jokes Wednesday, 30 March 2011

What kind of car was he driving?

A man was annoyed when his wife told him that a car had backed into her, damaging a fender, and that she hadnt gotten the license number. What kind of car was he driving? the husband asked.

I dont know, she said. I never can tell one car from another.

At that, the man decided the time had come for a learning course, and for the next few days, whenever they were driving, he made her name each car they passed until he was satisfied that she could recognize every make.

About a week later she bounded in with a pleased expression on her face. Darling, she said. I hit a Buick!